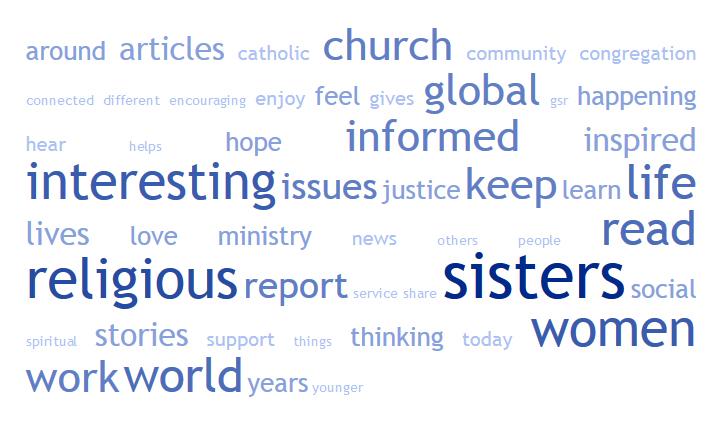 Word cloud showing top reasons our readers told us in our survey why they read Global Sisters Report. (Sara Wiercinski)

On 25th anniversary, see the 50 Best Images Taken by Hubble

Is a pattern emerging: Francis does not go far to find new bishops for Greensburg, Pa., and Victoria, Texas.

Mary Lou Nolan, managing editor of Global Sisters Report, reflects on the anniversary of that project's launch: We are one

Belgium's senior Roman Catholic cleric, Archbishop Andre-Joseph Leonard, has been ordered to pay 10,000 euros ($10,900) in damages for failing to act on allegations of sexual abuse in the 1990s.