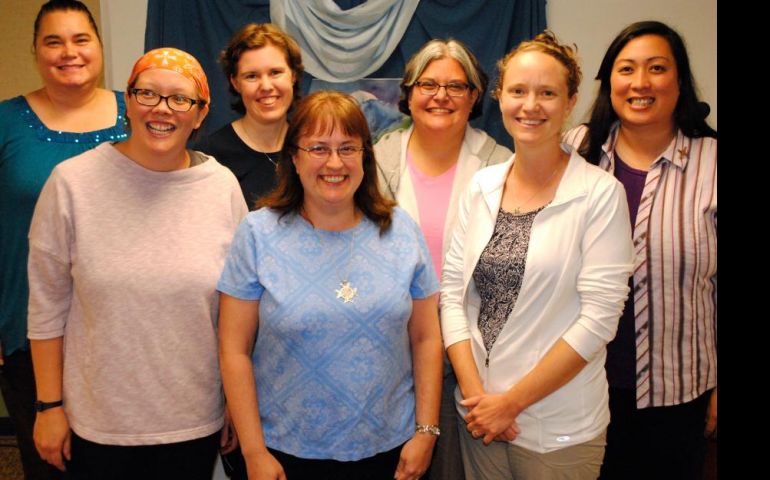 The Giving Voice attendees who have made or will make final vows in 2015. See the story below: "Younger sisters preparing to be the change in religious life" (GSR photo / Dawn Cherie Araujo)

How's this for a headline: Kasich Takes Edgy Stance That Undocumented Immigrants Are Not Worthless (Sorry about the annoying ad pop up.)

Analysis: Courts Are Weighing Religious Claims to Discriminate and Finding Them Wanting

Vatican City -- Nearly half a million Catholics have signed a petition urging Pope Francis to condemn same sex unions as unnatural and rule out allowing divorced believers who remarry to receive communion, organisers claim. The group describes itself as an alliance of lay Catholics and pro-Life organisations and has the backing of more than 100 senior clerics.

The Leadership Conference of Women Religions (LCWR) is meeting in Houston. Today's the last day. Read all the news here.

Kinda related: Younger sisters preparing to be the change in religious life

John Salveson is calling for Pope Francis to wear a black ribbon during his visit to the United States in honor of survivors of sex abuse by clergy members.

Commentary: When Our Truths Are Ignored: Proslavery Theology’s Legacy by Yolanda Pierce

Bishops to the Rescue

Report of rights abuses in Honduras