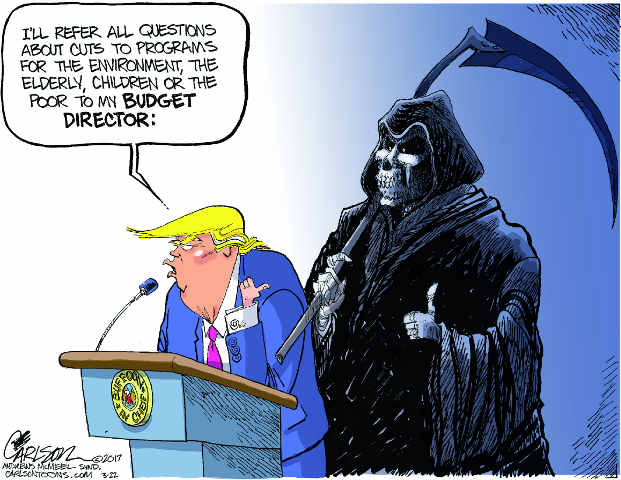 Without the votes they needed, House leaders delayed vote on the American Health Care Act Thursday. They say they're prepared to vote today

The art of the deal? High stakes for Trump on healthcare vote

Fr. Tom Reese: How the Democrats might save Donald Trump from self-destruction

David Brooks writes: The Trump Elite. Like the Old Elite, but Worse!

At 50, 'Populorum Progressio' takes on new life through Pope Francis The document raised the profile of the church's concern for people in the global south at a time when European colonialism was declining.

Editorial from the student newspaper at The University of Pittsburgh: Top 10: Ways to dismantle the patriarchy

Sister Clare Dunn was the first Catholic nun to be elected to public office in 1975 when she entered the Arizona Legislature as a representative from Tucson. Now she's been inducted into Arizona Women's Hall Of Fame

Q & A with Sr. Vivian Ivantic: Witness to changes in the church in her 83 years as a sister

Hamilton, New Zealand -- A visiting bishop from Australia has encouraged Kiwi priests to be "digital disciples," involved in social media.