New priests reply: 'Why would anyone join the Legionaries?' 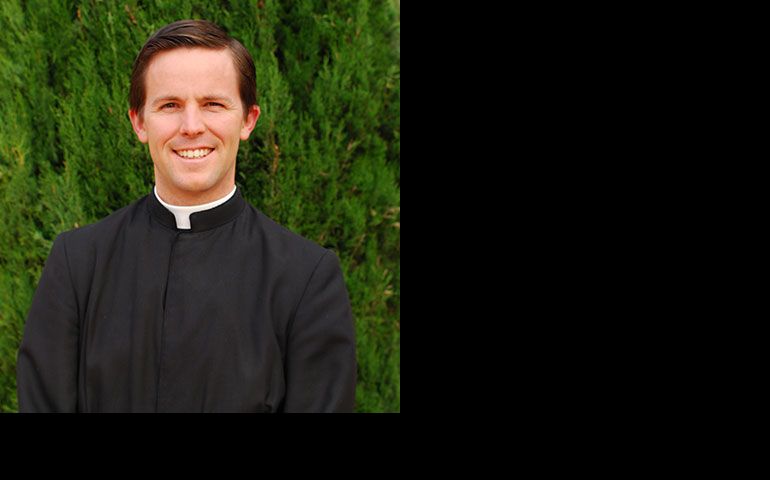 Rome — If most Catholics were to compile a list of counter-intuitive things to do with one's life these days, deciding to become a priest with the scandal-plagued Legionaries of Christ religious order probably would finish fairly close to the top.

The once-powerful group became a poster child for the church's sexual abuse crisis after revelations of misconduct by its founder, the late Fr. Marcial Maciel Degollado, which were denied by the Legionaries until Pope Benedict XVI sentenced the Mexican priest to a life of "prayer and penance" in 2006.

Even then the Legion maintained public silence, and didn't really start acknowledging Maciel's double life, which included relationships with two women and fathering up to six children as well as charges of abuse of boys, until 2009.

Today, the order is still struggling to clean house. Just two weeks ago, it announced that an investigation had found "significant evidence of sexual abuse" by a priest who served as novice master at a Cheshire, Conn., seminary.

Many of the order's most prominent personalities have either jumped ship or left amid their own scandals, while some of the Legion's erstwhile friends have called for it to be abolished. A recent piece by the Associated Press, summing up conventional wisdom, described the Legionaries as "one of the most egregious examples of how … church leaders put the interests of the institution above those of the victims."

Not exactly the best recruiting tag-line, one might say.

Yet on a Roman Saturday in mid-December, 31 young men from around the world, including eight from the United States, accepted ordination as new priests in the Legion of Christ from Italian Cardinal Velasio De Paolis, the Vatican official appointed under Pope Benedict XVI to oversee a reform of the order, which is currently preparing for a general chapter that begins Jan. 8.

On Dec. 18, NCR sat down with four of these new Legionary priests at their Roman headquarters to pose a very simple question: Why?

While the answers vary with each individual, the core points they made boil down to three:

·     The original appeal of the Legion as a gung-ho, deeply committed way to live one's priesthood – "the Marine Corps of the church", as one put it – is still there, albeit in chastened form.

·     The Legion they originally joined is not the same outfit today, they say, and changes have been for the better – more honest internal conversation, less control from on high, and a more realistic understanding of human weakness.

·     Being a Legionary today is an invitation to humility, they say, because there's no longer any "aura" or prestige attached to membership.

The four new Legionary priests who spoke to NCR were Fr. Frederick Keiser, 30, originally from Dodge City, Kansas; Fr. Nicholas Sheehy, 32, from San Diego, California; Fr. Matthew Schmitz, 30, from Minneapolis/St. Paul, Minnesota; and Fr. Josef Hare, 32, who was born in California but grew up in Utah.

All followed a similar path into the Legion, growing up in devout Catholic settings and feeling the tug of the priesthood at a young age, generally in middle school. All became involved in Legionary activities in their teens, and two attended a boarding school in New Hampshire for boys in grades 7-12 thinking about a vocation. All said the primary hook for them was never a personal devotion to Maciel, but good experiences with the individual Legionary priests they met who become mentors.

Because all made a basic commitment to the Legionaries in the 1990s, their decisions came before the turmoil surrounding Maciel broke loose. In that sense, they're more akin to survivors than new recruits, and thus in a position to make comparisons between before and after.

Sheehy is typical of the kind of zealous young Catholic who once was the Legion's ideal recruit. By sixth grade he was praying the rosary every day, and as a young man he was one hundred percent on board with Catholic teaching (so much so, he said, that "I was concerned about receiving an orthodox formation somewhere else"), eager to take that message to the streets.

"One of the things that really attracted me to the Legion was that, in a certain sense, it's the Marine Corps of the church," Sheehy said.

He summed up the spirit this way: "This is what we're going to do, everyone's happy, everyone's moving in the same direction, and even if we're suffering along the way, we're taking the hill."

Today, he said, the drive to give one's all is still strong, but it's leavened with a less judgmental streak.

All four Legionaries emphasized the order's missionary drive, as well as its relationship with the lay Regnum Christi movement and consequent "family spirit," as elements of its appeal that have survived the carnage over Maciel.

Schmitz also pointed to a less exalted sense of self.

"There's no longer really any aura or temptation to think that we're any better or different than anybody else," he said.

"For the rest of my life when say I'm a Legionary of Christ, I'll make a little vow of humility," he said. "We've suffered, our founder has made others suffer, but I'm here because God called me and I want to do good for the church."

If one rap against the Legion has been an unwillingness to air its dirty laundry in public, the charge doesn't seem to apply to these four.

Keiser, for instance, objected to the way the order's leaders handled the case of Thomas Williams, the one-time American face of the Legion who recently left the priesthood to become married after acknowledging fathering a child.

A retired superior admitted that he knew about William's situation in 2005 but allowed him to continue playing a high-profile role, and Keiser pointedly said "It needed to have been dealt with before," although he said he was pleased the Legion didn't repeat a cycle of denial followed by silence once the story broke.

Sheehy likewise complained about the piece-meal fashion in which information about Maciel was doled out, saying, "I have a friend who left because he felt he was never going to get the truth, and that's wrong."

"We're able to speak about difficult things and get them out on the table," he said.

Keiser also said that a former climate of command-and-control has given way to a more decentralized way of doing things.

"The biggest change for me is prudential decision making from local superiors," he said. "They don't have to wait for a communication from higher authorities … each community, each apostolate, has more possibilities to make their own decisions."

Sheehy added one more change he's detected: a less "sugar-coated" approach to relationships inside the Legion.

Not so long ago, he said, there was an idealized notion that Legionaries should treat each other exactly the same, meaning that you'd be no closer to a childhood buddy than "a second-year novice from Chile" you've never met.

Today, he said, there's an understanding that some guys "are the people I've been to battle with, and we're going to understand each other better and come through for each other in special ways," which he finds "very positive."

While some of these changes are bubbling up from within, others are crashing on the Legion from the outside, including the election of Pope Francis.

Sheehy seemed to suggest that a papacy perceived to be somewhat progressive, combined with the strong ethos within the Legion on loyalty to the pope, may actually steer the order into the political center.

"I don't think Pope Francis can be categorized as a conservative, and I love him and feel very identified with him," he said.

"I read his apostolic exhortation [Evangelii Gaudium], and some of it was very challenging to me as someone with a basically conservative American background," Sheehy said. "But, it's the social doctrine of the church … he's pushing us hard, and it's definitely not conservative, but I don't see it as threatening to my identity as a Legionary."

The general chapter meeting, which is slated to elect new leadership for the order and to approve new constitutional documents, looms as the next chapter in the order's efforts to convince the wider world that it's turned a corner. It will be up to participants to decide when the chapter is finished, though most observers expect it to continue into February.

The new priests admitted there were times they didn't think they'd be around for it, because they considered leaving.

"There were definitely moments when it was a very valid question for me," Hare said, saying what convinced him to stick it out is that he finds a "renewed enthusiasm and freshness", including a potentially more sober and self-aware boldness about "not being afraid to tackle big projects for evangelization."

"Alright, [Maciel] isn't who we thought he was, and we have to change some things," he said. "But basically, I'm still going for the hill."

New priests reply: 'Why would anyone join the Legionaries?'

Will Latinos vote in the Midterm elections?

Message from a brave soul in China