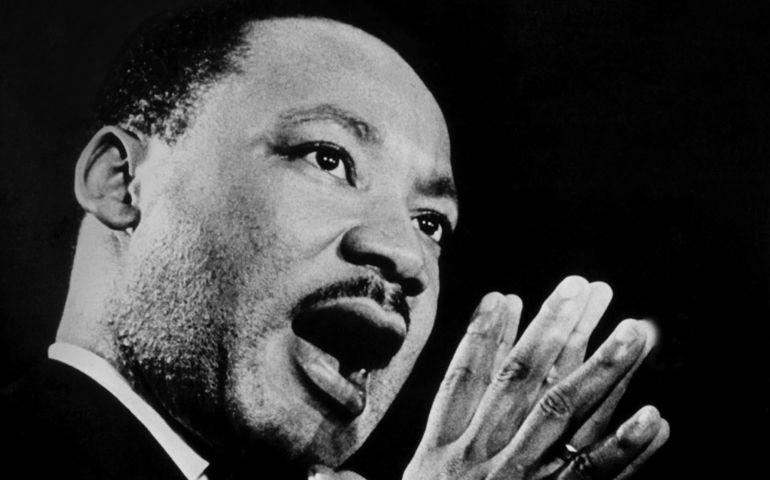 Every January, Americans remember the Rev. Dr. Martin Luther King Jr. with an official holiday. Aside from enjoying the day off work and school — and perhaps reading a book about the civil rights activist to our kids or listening to his famous "I Have a Dream" speech — I don't do much to honor his legacy of nonviolent protest in the cause of human rights.

This year will be different.

Just days after the federal holiday that honors his birth, I will join tens, if not hundreds, of thousands of Americans for the Jan. 21 Women's March on Washington. The goal is to send a message to the new administration that the rights of all must be respected — especially those who were demonized and insulted during the presidential election.

It will not be my first major protest, though it will be my first in our nation's capital. For years, I was a regular at the demonstrations aimed at closing the School of the Americas at Fort Benning, Ga., and I joined several protests against the Iraq War.

Such nonviolent protest — as modeled by King, Gandhi and others — is just one way to address the many injustices our world faces, but it is one with an important history in our democracy and our Christian churches. Such public witness draws attention to issues, creates solidarity and community, and energizes activists to continue to work for social change.

In the past year, perhaps no group has better personified the persistence and commitment of King than the Native American protesters trying to stop the Dakota Access Pipeline, which threatens the water supply and burial grounds of the nearby Standing Rock Indian Reservation. The violent tactics used against the demonstrators only strengthened their resolve, and what began as a small movement grew and eventually garnered international attention, leading to some success in possibly rerouting the pipeline.

Catholics, including clergy and women religious, have long considered protesting part of their Christian witness, some of them joining King for the March to Selma, Ala. A number of women's religious orders plan to have representatives at the upcoming March on Washington.

Just a week after the Women's March, prolife activists — many of them Catholic — will descend on the nation's capital for their annual March for Life near the anniversary of the Supreme Court decision that legalized abortion. Last year, despite blizzard conditions, thousands still made it to D.C. to express their opposition to abortion and to recommit to working to change the laws as well as the hearts and minds of those who support it.

The proximity of the two protests this year is coincidental. The Women's March on Washington is a reaction to the presidential election and was planned to follow the inauguration. The March for Life date always coincides with the anniversary of the Roe v. Wade decision of Jan. 22, 1973.

Still, the nearness invites comparison and has already generated controversy. As a new, one-time event, the Women's March will likely garner more public attention and media coverage. Some pro-life activists have complained they were not invited and have implied the gist of the protest's message is pro-abortion. Other pro-lifers reportedly will join the Women's March, though I think use of the word "infiltrate" in headlines may be misleading and divisive. Reproductive rights are not mentioned in the Women's March's mission statement, though some pro-choice groups, including Planned Parenthood and Catholics for Choice, are among the more than 150 "partners."

The march's broad (some might say "vague") mission of "women's rights" has been the source of both success and conflict. The hashtag #WhyIMarch reveals the many, varied reasons people feel compelled to make the trip and add their voices in reaction to this presidential election. Many are first-time protesters, not professional activists.

As a lifelong feminist overwhelmingly disappointed by the sexism the first major-party female candidate for president faced and horrified by the extraordinary sexism and hate of the man who will become president, the decision to join the Women's March was a no-brainer for me. That the Women's March has adopted Martin Luther King's six principles of nonviolence is a bonus.

Protesting is not the only way to work for justice, but it is valuable — and requires mass participation for effectiveness. Joining a demonstration, especially a large-scale one far from your home, means sacrifice and potentially even risk. Especially in these times, I applaud all who choose to witness in this way.

Fifty-three years ago, King reminded those at the original March on Washington of the "urgency of now": "Now is the time to make justice a reality for all of God's children," he said. "We cannot walk alone." I can think of no better "patron saint" for all nonviolent protesters who try to continue his legacy of activism for human rights and peace.

Justice | No such thing as protesting too much