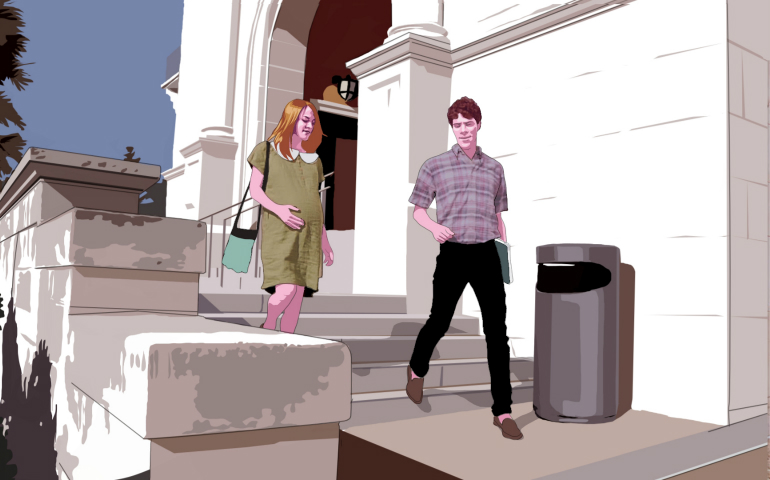 Fifty years ago, on August 1, 1966, a 24-year-old sniper positioned himself on the observation deck of the Clock Tower overlooking the University of Texas, Austin. His name was Charles Joseph Whitman. He shot 49 people. 18 people died, including an unborn baby. Another victim died of complications of the shooting in 2001.

Meredith Vieira and Luke Wilson are among the executive producers of "Tower," an award-winning documentary that tells the story of that day from the perspective of several victims and police officers and others who rendered aid to the victims. The 96-minute shooting spree that hot August day began an era in the United States of mass school shootings by men with guns.

The filmmakers, led by director Keith Maitland use rotoscopic animation, a technique that creates an animated effect by tracing over live footage, to give motion and voice to the key actors in the drama. It opens with Claire Wilson who is eight months pregnant and her new boyfriend, Tom Eckman, calmly walking across the mall when shots ring out. She is hit. He is killed. She falls to the ground unable to move and feels her baby dying in her womb. Later another young woman, Rita Starpattern, runs to Claire's side and lays near her until help finally comes. Two young men who had been playing chess run to the university when they hear the news and carry Claire away, risking their own lives.

The film is visceral, very artistic and blends animation, news footage, radio broadcasts and personal stories into an 89-minute running time of terror. Yet a calm sadness permeates the narrative as well as forgiveness. There were so many heroes that day and some people who were just afraid to move. A teenage newspaper boy who was delivering newspapers nearby with his cousin riding on his handlebars was shot, too. At the end of the film they talk about that day as if it is a way to uncover a deep wound.

The film marks the 50th anniversary of the shootings, and it reminds us that things have only gotten worse when it comes to gun control, care for the mentally ill -- Chapman, an ex-Marine who had been around guns since the age of 3, had mental problems -- and the stories we promote in our culture. Since that day, there have been more than 300 school shootings in the U.S., with 121 since 2010 alone.

The reflection below from famed newscaster Walter Cronkite about the tower killings concludes the film. His words remain relevant today when one website says that there are 88 guns or firearms for every 100 people in the country. Why are these killings so acceptable? Why does it not bother us to the depths of out being that children are dying because adults will not act on gun control and other social ills that we choose to ignore?

The horror of these, the sick among us, must be found in the horror of our hyper civilization, a strange pandering to violence, a disrespect for life fostered in part by governments which, in pursuit of the doctrine of self-defense, teach their youth to kill and to maim, a society in which the most popular newspaper cartoon strips, television programs and movies are those that can invent new means of perpetrating bodily harm, a people who somehow can remain silent while their own civilization seems to crumble under the force of the caveman's philosophy that might makes right.