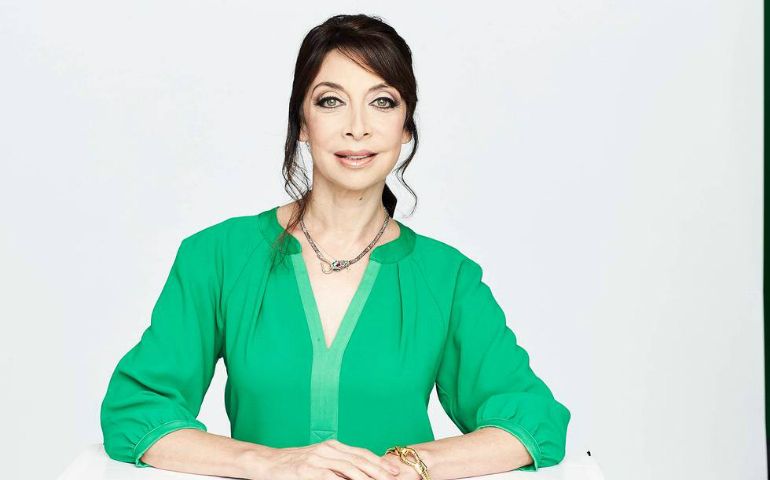 In case you haven't noticed, classic films are "hot" right now, and not only with viewers who may have seen them in theaters 50 or 60 years ago. Turner Classic Movies is a broadcast and satellite channel that was launched on April 14, 1994, at 6 p.m., the 100th anniversary, to the minute, of the first public film showing in New York City (notwithstanding what the Lumière brothers might have to say about that). The first film broadcast on TCM was the 1939 classic "Gone with the Wind." American Movie Classics, or AMC,* was started in 1984. It airs classic films and some original programming. That there are two channels dedicated to classic cinema is fascinating.

In 2000 TCM held its first film festival in Hollywood at the Chinese and Egyptian theaters. I participated in this year's annual festival and was amazed at how many young people were in the audience. I was not a little astonished to meet people from New York, Florida, and several other states who came in just for the four-day event to watch a lot of old movies. Some films were not so old, such as one of my favorites "All the President's Men" (1976). I introduced "King of Kings" (1961), but the highlight for me was introducing "The Song of Bernadette" (1943) along with actress, writer, director Illeana Douglas. 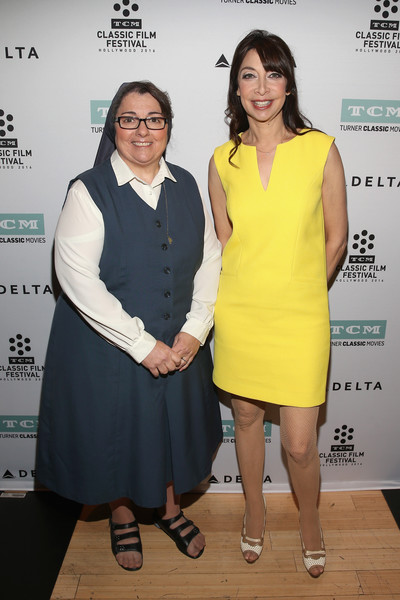 Douglas is the granddaughter of the two-time Oscar winner Melvyn Douglas ("Hud," "Being There") and a film historian with vast knowledge fueled by a love for movies. We stayed in touch after the festival, and I was delighted to hear that she is hosting a TCM television Spotlight series called "Trailblazing Women: Actresses Who Made a Difference," the centerpiece of a three-year series on women in film. Last year she hosted "Trailblazing Women: Behind the Scenes," featuring films directed by women as early as 1896. Though next year's theme has not yet been announced, Douglas thinks it may be about female writers who dominated through the 1930s, costume designers like Edith Head, and producers.

The series will run every Tuesday and Thursday of October beginning on Oct. 4 with "Little Annie Rooney" (1925) starring Mary Pickford. The 40 films TCM has selected for this Spotlight television series fall under the categories of the Business of Film and Television, Controlling Their Own Destiny (co-host Bette Midler), Fighting the Black List (co-host Lee Grant), Wartime Contributions, Breaking Barriers (co-host Rita Moreno), Politics and Public Service (with Jane Alexander), Philanthropic Work (with Dana Delany*), and Activism (co-host Jane Fonda.) The full schedule is available here.

I had a chance to interview Douglas about the series, and she reveals a deep passion for film history and education as well as advocacy about the role of women in U.S. cinema.

Sr. Rose Pacatte: How does this Spotlight series work?

Illeana Douglas: Each evening my co-host and I will introduce the film and discuss issues of women's accomplishment on and off the screen as well as gender and inequality in the industry from a historical perspective.

What is the net effect you are hoping for with a film series about trailblazing women who made a difference?

First of all, to raise awareness about the role of women in cinema. Then I hope that actresses will use their influential positions as a force for good, as many of these classic stars have done. For example, when Shirley Temple's film and television career waned, she went into public service. Few people know that Hedy Lamarr co-invented a radio guidance system at the beginning of World War II. Today's GPS, wifi and Bluetooth technology are based on her work. Josephine Baker desegregated audiences in Las Vegas by refusing to perform unless venues complied. Women in cinema were so much more than movie stars.

This brings me back to an essential question. Why are classic movies so 'hot?' There seems to be a Renaissance going on.

I think that audiences want a time when movies brought us together. We went to see them and we experienced these stories together. We went to see our favorite movie stars who, through the story, were portraying experiences that we might relate to. I love Jean Arthur, Myrna Loy, and I get a sense of peace looking back at the films they starred in. And there is no better film director than Billy Wilder. Modern films don't offer this same experience.

Who is the most influential actress in American film and why?

In a negative way you could say Marilyn Monroe. She is the movie star that will not die. Every man's love affair with American film began with Marilyn. She was vulnerable and seductive and gave men what they wanted. But it may have created an indelible image of what women were supposed to be: women without menace, no opinions, just blond and cotton candy and using sex to sell yourself. Polar opposites of Marilyn would be Ginger Rogers, Bette Davis and Katherine Hepburn.

Who is your favorite actress?

Bette Davis is my favorite actress. But then there's Jane Fonda. What I love about Jane Fonda as she transitioned from actress and activist, from her films -- 'Barefoot in Park,' 'Klute,' 'Coming Home,' 'Julia,' "9 to 5," "The China Syndrome" -- she's always remained true to herself, and this is a remarkable achievement to me.

What are the three main reasons women's contributions are not recognized?

Number one: Historians. Men routinely seem to be the ones to write film criticism and film history. And in their telling of history, they marginalize the accomplishments of women. Dorothy Arzner was the only female director in American film working in the 1930s. She technically is responsible for creating the first boom mic when she had a technician attach a microphone to a fishing pole. [She gets the credit though she didn't get the patent.] Women were making films since 1896, and gender wasn't an issue then. The films directed by Lois Weber and Dorothy Davenport Reid and many others, for example, were not saved, and the only ones you heard about eventually were the films of D. W. Griffith and Cecil B. De Mille who were working at the same time.

Two: Money. As soon as a film is successful, the sequel may go to a man. For example, though I don't know if it was the only reason, Catherine Hardwicke directed the first "Twilight" movie (2008), and it was a huge hit. The others were directed by Bill Condon and David Slade, and it makes you wonder why.

Three: Patriarchy. When I asked Jane Fonda why women don't get the best roles, she looked at me and laughed and said: 'We live in a patriarchal society, hon!' It seems to me that during the '90s but certainly after September 11, we became a Roman society, a war society, and moved away from a Greek society, where stories about people abounded. We started dividing audiences into male and female. We can no longer have innocent movies – that, as an artist, is all I can think of. There are fewer and fewer films about women like Karen Silkwood, for example.

What other hopes do you have for this series, 'Trailblazing Women?'

I hope it goes beyond the three-year initiative and becomes a permanent part of TCM. It's been a labor of love. I've learned so much while researching these amazing women. I am looking forward to next year because there are so many more avenues about women in film to examine and share: producers, casting directors, costume designers, and writers. Some of the great noirs were written by women; Dorothy Parker had her hand on a lot of screenplays.

How did you choose the actresses and films?

TCM has a library and access to other films, too. But there are some limitations due to licensing. I would have loved to have Helen Hayes, the first lady of American theater and a film actress who did so much for polio and the Girl Scouts in New York. But it was not possible this time. We only have slots for 40 films.

We couldn't because there were not enough. We had to use some foreign language films directed by women to fill in. The series highlights how difficult it is to be an actress or director in Hollywood for women. Since the end of the studio system, when someone created an algorithm to predict profit, female projects get fewer projects green lit and a smaller budget compared to men. It's just a fact. But last year was a history lesson covering 1896 to the present with Kathryn Bigelow as first woman director to win an Academy Award for The Hurt Locker in 2010.

This interview was edited for length and clarity.

*This interview was updated to correct the title for American Movie Classics and the spelling of Delany's last name, and to clarify an answer.