When all the graced visionaries have prophesied, when the healers have soothed every pain, when all the fettered are set free, when the naked and the shamed are clothed with justice and dignity (Isaiah), one will come among us -- one in whom hope and healing, freedom and salvation will find their most eloquent expression (John). He is the one for whom we wait with joy (1 Thessalonians). On this, the third Sunday of Advent, Isaiah, Paul and the two Johns (the evangelist and the Baptizer) call the assembly to cultivate that joy and allow it to sustain us. Ours is good news. 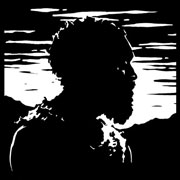 Pope Francis knows all the evils that plague our planet. Nevertheless, he encourages believers to live and to preach the joy of the Gospel. In his exhortation of that name, Francis has admitted, "The great danger in today's world, pervaded as it is by consumerism, is the desolation and anguish born of a complacent yet covetous heart, the feverish pursuit of frivolous pleasures and a blunted conscience" ("The Joy of the Gospel," Nov. 24, 2013). Those who follow Jesus need to evangelize in the face of this with a fierce and unrelenting joy; "an evangelizer must never look like someone who has just come back from a funeral!"

Isaiah's year of favor has already been announced. It devolves upon believers to bring the blessings of God's favor to bear on all who still suffer physical, economic and spiritual need.

Paul, in his first-ever correspondence, reminds the Thessalonians and all of us to sustain and support the joy of the Gospel with prayer. For it is in prayer that discernment comes, and in prayer that we are more sensitive to the presence of the Spirit in our midst. Ever attuned to the Spirit, John the Baptizer took it upon himself to prepare his contemporaries to recognize and welcome Jesus as one sent by God to be the light of the world. In a similar way, our current pope has taken it upon himself to help the church realize that it still shares the Baptizer's role of pointing out the truth and necessity of Jesus, our light, in a world darkened by sin.

To that end, Francis has set forth a series of decisions that are ours to accept or ignore. First, he says, we are to say no to an economy of exclusion. "To sustain a lifestyle which excludes others or to sustain enthusiasm for that selfish ideal" makes us indifferent. "We end up being incapable of feeling compassion at the outcry of the poor ... They fail to move us."

Similarly, the pope urges us to say no to the new idolatry of money. "Money must serve, not rule. I exhort you to generous solidarity and to the return of economics and finance to an ethical approach which favors human beings."

Believers in Jesus are also called to say no to the inequality that spawns violence. "When a society ... is content to leave a part of itself on the fringes, no political programs or resources spent on law enforcement or surveillance systems can indefinitely guarantee tranquility."

As he continues to challenge the church and the world, Francis urges all to say no to selfishness and spiritual sloth. Let us not allow the reality of our faith to wear down and degenerate into small-mindedness. Let us not embrace "a tomb psychology that develops and slowly transforms Christians into mummies in a museum."

Rather, let us say yes to Christ, yes to God, yes to the Spirit and to all the new relationships brought out by Christ. Let us embrace "the challenges of finding and sharing a mystique of living together, of mingling and encounter, of embracing and supporting one another, of stepping into this flood tide which, while chaotic, can become a genuine experience of fraternity, a caravan of solidarity, a sacred pilgrimage. Greater possibilities for communication thus turn into greater possibilities for encounter and solidarity for everyone. ... Sometimes, we are tempted to ... keep the Lord's wounds at arm's length. Yet, Jesus wants us to touch human misery, to touch the suffering flesh of others."

Jesus warns us against the security of isolation from human misfortune; "we are, instead, to enter into the reality of other people's lives and know the power of tenderness. Whenever we do so, our lives become wonderfully complicated and we experience intensely what it means to be a people, to be part of a people."

All the while, let us be ambassadors of that authentic joy God alone can give and that God has given without measure in Jesus.

Interrupting the darkness with laughter