A shepherd to emulate

Sandy, a friend of mine for many years, was a goatherd. He and his family raised goats not for slaughter but for their milk, from which his wife made cheese in abundance to support their growing family. During one of our evening classes on the Gospel of John, Sandy said he could relate very closely to the role of Jesus as the good shepherd.

Unlike cattle, which are herded from behind -- either by cowboys on horseback, trained herding dogs or even ranchers in pickup trucks -- goats, like sheep, prefer to be led. Familiar with their goatherd or shepherd, they will follow wherever she leads. Trusting his care and protection, they will listen to his voice and to no other. 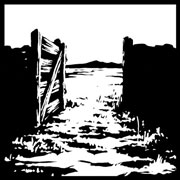 Because his relationship with his goats was lifelong, Sandy had given each of them a name, and each responded eagerly when he called. Shepherds have a similar bond with their sheep. At the slightest whistle or click of the tongue, they recognize and respond to the one who cares for and protects them. Barbara Brown Taylor says that sheep tend to grow fond of their shepherds and consider them part of the family (The Preaching Life, Cowley Publications, 1993). A shepherd can walk through a sleeping flock without disturbing a single one of them, while a stranger couldn't set foot in the fold without causing a great disturbance. Because of their closeness, shepherds can distinguish a bleat of pain from a bleat of pleasure, and can quickly attend to whatever the sheep needs at the time.

Even today, throughout the Middle East, it is possible to witness goats and sheep being herded and tended much in the same way as they were during Jesus' time. During the day, all the shepherds or goatherds of the village allow their flocks to mingle, to graze together and drink at the same stream or watering hole. But when night draws near, the flocks separate, with each sheep or goat falling into line behind their respective caretakers.

If the village has a common sheepfold, all are gathered into it, and one of the shepherds takes her turn at guarding the gate lest any two-legged or four-legged creatures try to endanger the herd. If the shepherds have their own sheepfolds, then the animals will be counted one by one and safely enclosed for the night.

In some instances, the shepherd or goatherd will lie down in the opening of the enclosure, thereby assuring the flock's safety with his very life. This custom makes Jesus' statement "I am the gate for the sheep" (Gospel) all the more poignant. Jesus is the means by which believers enter into the "sheepfold" of salvation. As the gate, Jesus has laid down his life for his sheep. Unlike other leaders of his day and throughout human history, Jesus' primary concern was not for himself but for those God gave him to heal, forgive and save. He was, and is, the ideal leader and shepherd of God's own. No longer are we gone astray like sheep, because Jesus has become the shepherd and guardian of our souls (1 Peter, second reading).

According to Gail Ramshaw, when the nomadic people of the ancient Near East evolved into agrarian civilizations with monarchies, the image of the shepherd was appropriated as a model for a good and worthy ruler (Treasures Old and New: Images in the Lectionary, Fortress Press, 2002). In the ancient texts, Gilmagesh, Hammurabi and Ramses II were all likened to shepherds. In Israel's history, Abel, Abraham, Isaac, Jacob, Rachel, Moses and David were all shepherds. All of Israel and Judah's kings were supposed to be worthy shepherds, but, as noted by the Deuteronomist and the Chronicler, most were not. This fact prompted the prophets (Ezekiel 34) to promise that God would intervene on behalf of the shepherd-less.

This God has done in the person and through the mission of Jesus; he is the good and true shepherd, who leads by example. May those who are called upon to lead and tend and protect others, especially the wounded, the lost and the stray, follow Jesus' lead and place the well-being and safety of their charges ahead of their own.

Spirituality | A shepherd to emulate

Three o'clock and all is well

Are you the one?