In today’s Gospel, the Lucan Jesus offers clear and concise directives to those who are to be his disciples in the world. First among these directives is the commission to go forth from the comfort of family and friends in order to bring the good news to the people and places Jesus would visit. 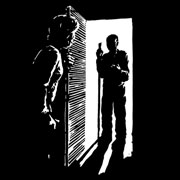 A mobile missiology required Jesus’ disciples to be aware of the dangers that could lie ahead -- he was sending them out “like lambs among wolves” -- yet to proceed in spite of those dangers. Instead of packing for each and every eventuality, they were to travel lightly and to rely on the hospitality of those they went out to serve. Their mission of preaching the advent of the reign of God was more important than food or drink or any other creature comfort.

As one who took Jesus at his word, Paul (second reading) did not boast about his excellent secular education or the fact that he had studied under a notable rabbi. Paul did boast -- but instead of touting his accomplishments, he boasted about his absolute adherence to Jesus Christ and the fact that he was privileged to suffer for belonging to Christ. Paul’s simplicity, and that of the other early disciples, calls each of us to reflect on our own lifestyle and our discipleship so we may assess how closely we reflect the simplicity of the One who has called us to follow him.

In his Journal Intime (“Private Journal”), Swiss philosopher Henri-Frédéric Amiel (1821-81) wrote the following about the importance of simplicity: “All of us are generally cumbered up with the thousand and one hindrances and duties that wind around us with their spider threads and fetter the movement of our wings. In order to simplify his duties, his business and his life, a man must know how to disengage what is essential from the detail in which it is enwrapped, for everything cannot be equally considered. It is a lack of order that makes us slaves; the confusion of today discounts the freedom of tomorrow.”

In a similar vein of thought, Pope John XXIII once said, “I must strip my views of all useless foliage and concentrate on what is truth, justice and charity.”

Last March, as we watched the elaborate preparations of the cardinals as they went about the business of electing a successor to Pope Benedict XVI, we may have found it difficult to detect this simplicity. Those who attended the conclave were dressed in regal red and black, saluted by the Papal Guard as they came and went to the meeting place at the Sistine Chapel. But they elected Cardinal Jorge Mario Bergoglio, now Pope Francis, a man said to embody simplicity and to be dedicated to evangelization and social justice, as was his namesake, Francis of Assisi.

When Jesus sent forth his own on their first missionary journey, they were unencumbered and free to follow his directives. Not bound by any other protocol except that of preaching the good news, they were successful in their efforts. With joy they returned to Jesus to render an account of their activities.

When each of us hears the final call to come home to God, we will also have to render an account of ourselves and our service. Somehow, I don’t think there will be much interest in how precisely we adhered to the multiple detailed directives regarding the church’s liturgy. Nor do I think there will be much attention given to the manner in which we followed the various protocols that have accrued to the hierarchy through the centuries. However, I do think we will be asked to account for how well we stripped ourselves of all “useless foliage” and concentrated on what is truth, justice, charity and service to the Gospel and the poor.