In recent years, people's attempt to trace their roots and fill in the branches on their family tree has been greatly helped by the website ancestry.com. There, one can search through a wealth of public records in order to find the who and the where of family origins. 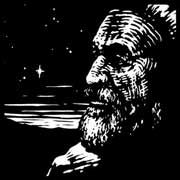 Some have taken their search public and have shared their personal journey on the TV program "Who Do You Think You Are?" Some among us have taken the time to sit with older family members and record their recollections of people and events that have made their family special.

Today, the sacred texts and their authors offer the praying assembly an opportunity to trace not our physical roots, but our spiritual ones -- right back to those featured in today's readings.

We can find ourselves in the vision of Trito-Isaiah, traveling by caravan to the Holy City. We can revel in the mystery revealed by the Ephesians author: that we are co-heirs, members of the same body and co-partners in the promise in Christ Jesus through the Gospel. We can also admire and emulate the Magi from the East who traveled long and far to find the One who would be shepherd to God's people, Israel.

Obviously, those of us who are not Jewish were not the first to come to the party, as it were. However, we who trace our roots to the gentile community are not an afterthought on God's part. The light of the Lord's glory shines on us all.

As we look back at those who have gone before us, what do we find? We learn that they were not too skeptical to believe in visions and place their hopes in God's promises. Trito-Isaiah's contemporaries, and their descendants after them, took great comfort and perhaps even pride in the promise that all the nations would one day walk by God's light.

The sad fact that this promise has yet to be fully realized should not prevent our hoping that it will be. In the figures of the Magi, we see the beginning of the promise's fulfillment.

Without arguing as to their historicity, we can see that the Magi offer eloquent testimony regarding the universal parameters of God's salvific concerns. From them, we learn that it takes daring and courage to set out on life's journey. Their itinerary was planned by a star. In a world where travel could be quite dangerous, they allowed themselves to be led.

Moreover, they were not afraid of Herod and were not fooled by his plotting. They followed the signal of a rising star, and they were open to accepting revelation that came in the form of a dream.

When, at long last, the Magi did find Jesus and Mary, they gave gifts worthy of a king. Prostrate, they paid homage to Jesus, their genuine faith contrasting sharply with the lip service of Herod, as well as the chief priests and scribes. The leaders of the Jews knew what the Scriptures said about Jesus and Bethlehem, but that was not sufficient. Although they knew the prophecies, the leaders were not moved to believe. In the Magi, we see knowledge affirmed by faith.

As we remember their story today, let us allow these Magi, our spiritual ancestors, to inspire our faith, daring, generosity and willingness to hope in God's promises. An ancient legend attests to their continuing importance. Supposedly, the Magi were of three different ages. Caspar was very young, Balthazar was middle-aged, and Melchior was a senior citizen. When they arrived in Bethlehem, each entered the home of Joseph one at a time. When Melchior entered, he met an old man near his age, and they spoke together of memory and gratitude. Balthazar encountered a middle-aged teacher and they spoke passionately of leadership and responsibility. When Caspar entered, he met a young prophet, and they talked of reform and promise.

After that, the three of them entered together with their gifts. There, they met an infant with his mother. Later, they began to understand. Jesus, the Savior, speaks to each of us at every stage of life. The elderly hear the call to integrity and wisdom. The middle-aged hear the call to generosity and responsibility. The young hear the call to authenticity and intimacy.

Today, the call of the Savior is extended to each of us. What do you hear? With what gifts will you welcome him? Will you be humble enough to believe in visions and prophecies, and daring enough to work toward their fulfillment? Will you believe? With God's grace, we can do all these things.

Amid poverty and uncertainty, migrant couples are tying the knot

Step out of the boat