Have you ever been listening to a homily and suddenly find yourself wishing that so-and-so was here because they really need to hear this? In your mind’s wandering, have you thought so-and-so in the row in front of you should be taking notes? How often do we mentally excuse ourselves from the truth being preached and its challenges because we do not see ourselves as God sees us, as others see us, as we are? 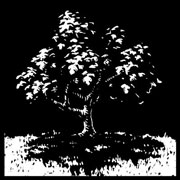 Each of the sacred texts for today invites us to stand in our own truth before God, with our hands at our side and with no fingers pointing at anyone else. Before the truth of God and in the clarity of God’s word, we learn to realize who we are; we learn to admit our sins and weaknesses. We are moved to repentance, and by God’s merciful grace, we learn to grow.

When Moses, drawn by the burning bush, stood by himself before God, he may have wished for somewhere to hide. Indeed, Moses was on the lam, hiding from the authorities in Egypt for having murdered one of their citizens. Although he had been provoked by the Egyptian’s mistreatment of an Israelite, he had committed a crime nonetheless, and Pharaoh wanted him dead. Despite his past, God called Moses and revealed the divine name “I AM” to him. In the course of that encounter, Moses became God’s emissary and the mediator who would win his people’s freedom from slavery. His only credentials were God’s call, God’s grace and God’s promised presence with him at every juncture of his mission.

Paul, in today’s second reading from his Corinthian correspondence, invites readers to learn from the mistakes of the past so as not to repeat them. As we consider the track record of our ancestors in the faith, it might be easy to find fault and cast blame. But Paul’s words, during this holy season of Lent, challenge each of us to level no accusations at others. Rather, standing alone and in truth before God, we are to give an accounting of ourselves and only ourselves. Just as God protected our ancestors despite their failures, so God tends to the needs of all who rely on God rather than themselves. Paul’s warning to those who think they are standing secure brings a sobering reminder. Salvation does not drop down on us like a security blanket. It is a gift made available by God that the humble and the hopeful appropriate each day.

Today’s Gospel, unique to the Lucan evangelist, features the ancient and not-so-ancient notion that tragedy is the direct consequence of sin. According to this narrative, Pilate killed some of Jesus’ contemporaries as they offered sacrifice; others perished when a tower fell on them. In both instances, some people assumed that those who died were being punished by God for their misdeeds. Like Paul in today’s second reading, the Lucan Jesus turned the event into a teachable moment. Just as Paul advised his listeners to withhold judgment against their ancestors, Jesus warned against making assumptions about the guilt and sinfulness of others. Look, learn, remember and repent, insisted Jesus and Paul. But do not point fingers at anyone.

When we were children, my brother and I often heard my parents ask, “Who did this?” or “Who was supposed to do that?” Invariably, the answer slid quickly off our tongues: “Not me!” This invisible but ever-present figure, “Not me,” took up residence in our home just about the time when my brother learned to speak, and stayed for many years. If cookies suddenly disappeared, it was “Not me!” who ate them. If something was broken or a chore had not been done, it was “Not me’s” fault.

Such behavior may be laughable in children, but with maturity comes accountability and responsibility. During Lent, we stand as responsible believers before God and one another. In truth, humility and hope, we render an account of ourselves to God and, when necessary, to one another. As for judging others, that prerogative is God’s alone. We are to respect one another’s differences and uniqueness, comparing ourselves only to Jesus. That comparison will remind us that we are the redeemed and he is the Redeemer. We are graced, and he is the source of all grace.

Spirituality | Standing in truth before God

A leper's dance of gratitude

Will there be miracles today?