Understand what you do

From the beginning, believers in Jesus had no doubt as to the wondrousness of the gift they received in Eucharist.

Paul’s faith in this great mystery is clearly evident in today’s second reading. His description of Jesus’ great gift predates those of the evangelists and reflects the growing faith of the early community. 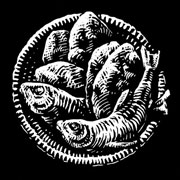 In his narrative of the loaves event, Luke also exhibits a profound faith. The evangelist has injected eucharistic language into his narrative, thus affirming that he viewed the feeding of the multitude as a prelude to Jesus’ gift of himself as real food and real drink. The people who assembled the Lectionary probably chose the Genesis text because it mentions the bread and wine carried by the ideal priest-king Melchizedek. After being blessed, Abram offered a 10th of all he had. Many refer to this event as the basis for tithing in some churches today.

Through the gift of himself in bread and wine, Jesus continues to be the food that sustains us, as well as the source of our communion with him and one another. Around the altar-table of Eucharist, we remember his dying, we celebrate his life and we enter into the mystery of God’s salvific love. Unlike other food, which is assimilated into the bodies of those who eat it and becomes a part of them, those who are nourished by the Eucharist are assimilated into Jesus and thereby become a part of him.

We cannot take for granted so great a gift and so profound a union. But recall the Israelites in the desert who became weary of the manna and quail and started longing for the food they ate in captivity. Do we, too, ever grow weary of the gift we have come to receive so routinely? Do we go through the motions because it has become an ordinary part of our day or our week?

Perhaps if we were to cultivate a hunger in our hearts and souls -- a hunger that arises from need for communion, a hunger prompted by prayer, a hunger that can be satisfied only by Jesus himself -- this hunger would drive us to long for our next sacred meal at which we will be fed with the bread of the word and the bread of Eucharist.

When Cyril was patriarch of Alexandria (414-444), he attempted to whet the appetites of believers with these words: “Come then, let us hasten to the mystical supper. This day Christ receives us as his guests. This day Christ waits upon us. ... The Lamb of God who takes away the sins of the world is slain. ... The life-giving chalice is mingled. God the Word incarnate entertains us. Wisdom, who has built herself a house, distributes his body as her bread and gives us his blood as wine to drink. Life bestows itself on mortals as food and drink. You have tasted the fruits of disobedience. Taste now the food of obedience. Eat of me who is life: Eat of life, which never ends” (Homily 10).

How can presiders and those who serve as liturgical ministers evoke similar enthusiasm over these sacred mysteries among believers today? Faith is contagious. Profound faith in a minister can call forth profound faith from the people in the pews, so it is necessary that ministers’ faith be obvious. Not perfect or complete, but obvious, in the sense that believers sense a hunger for God in the one who breaks bread for them.

Included in the rite of ordination of priests is the directive: “Understand what you do; imitate that which you handle.” These words affirm ministers’ privilege and responsibility to be so intimately attuned to Jesus and the gift of Eucharist that they become, in their words and in their works, true witnesses who encourage the faith of others. “Understand what you do.”

These words also apply to the people in the pews whose privilege it is to partake of the Eucharist and whose responsibility it is to attend the hungers of humanity. Jesus’ charge to his own, “Give them some food yourselves,” continues to be the agenda of the church. As Geoff Wood has said, “Having fed upon the body and blood, soul and divinity of Christ, we are to flow forth from the sanctuary to inundate our neighborhoods, workplaces and schools with Christ so as to make an otherwise secular world sacred again” (Living the Lectionary, Liturgical Training Publications, 2003).

Spirituality | Understand what you do

Now Is the Acceptable Time