I'm ready for the church to be the hero again 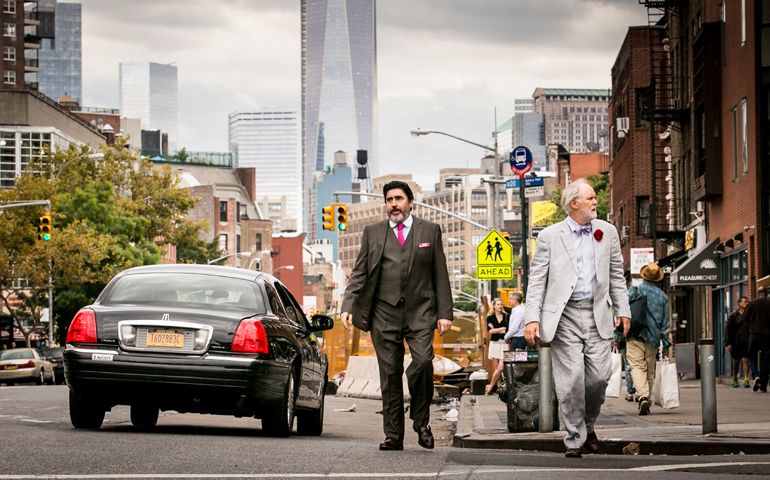 Every Sunday afternoon while my son naps, you can find me in a darkened theater somewhere in or around Washington, D.C. I love movies. Indies, rom-coms, dramas, biopics, thrillers.

Most of the time, I choose the movies I see meticulously, cross-referencing reviews and watching trailers. Every once in a while, though, I go in much less informed, letting Indiewire's Oscar prediction list be my guide. Such was the case a few weeks ago, when I went to see "Love Is Strange."

The film, directed by Ira Sachs, tells the story of Ben (John Lithgow) and George (Alfred Molina). The film opens with the couple's wedding day. They've been together for 39 years, and the ceremony is humble and heartfelt. You can't help but fall in love with their love.

Cut to the next scene, when George, a music teacher at a Catholic school, is pulled into the office of Father Raymond (John Cullum). The priest tells him that "word got out to the archdiocese" about his marriage and that he is fired. Effective immediately.

Trying to survive on income from private lessons and a modest pension, the couple is forced to leave their New York City apartment. They seek shelter with their family and friends. Ben stays with his nephew, Elliot (Darren Burrows), and his wife, Kate (Marisa Tomei). George bunks with friends Roberto (Manny Perez) and Ted (Cheyenne Jackson).

(Seriously, skip the next two sentences if you plan to see the film.)

Only in the final scene do we learn that this time living apart would be the couple's final moments together. It's heartbreaking.

I grew up watching movies in which the Catholic church was the hero. "The Sound of Music." "The Bells of St. Mary's." Even "Sister Act."

Now, the church I love seems more easily portrayed as the villain. In "Love Is Strange," members of the hierarchy separated and hurt two people in love. The movie I saw the week before, "Calvary," was a tragic take on the sex abuse crisis in the Irish Catholic church.

I walked out of the theater both times asking: How can I love a church that causes so much pain?

Ira Sachs has the answer: Love is strange.

The hierarchy constantly makes choices that I'm disappointed in, even loathe. On abortion. And contraception. And women's equality. And same-sex marriage. And sex. And church worker justice. And racial justice. And sex abuse.

Yet the list of reasons I love our church is just as long, if not longer. I love the smells. And the bells. And the Trinity. And the Virgin Mary. And the saints. And Catholic social teaching. And standing on the side of the poor. And Communion. And community. And even Pope Francis sometimes.

Being Catholic is in my bones. It's in my DNA. And while I might not like -- may even hate -- what the hierarchy does, I love my church. And I want it to be better. I want to go to a movie theater and see the church I love play the hero again. I want the members of the church hierarchy to actually be heroes.

I believe that love has the power to transform, to heal. And so I'll keep loving my church -- as strange as it may seem sometimes -- and willing the change that's so desperately needed.

[Kate Childs Graham is an activist in the progressive Catholic movement. A graduate of The Catholic University of America and the U.N.-mandated University for Peace in Costa Rica, she is a communications professional in Washington, D.C. Follow her on Twitter: @kchildsgraham.]

Editor's Note: We can send you an email alert every time a Young Voices column is posted. Go to this page and follow the directions: Email alert sign-up.

I'm ready for the church to be the hero again