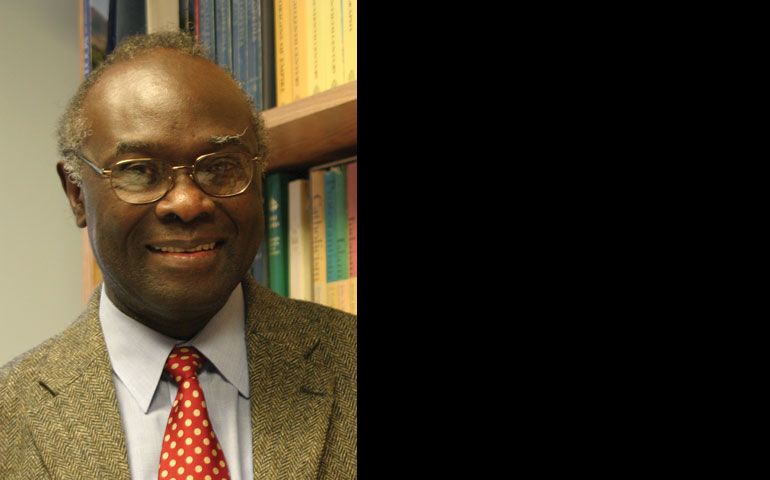 SUMMONED FROM THE MARGIN: HOMECOMING OF AN AFRICAN
By Lamin Sanneh
Published by Wm. B. Eerdmans Publishing Company, $24

There is perhaps no other scholar who can dissect and describe the inner dynamics of world Christianity, Islam and African spirituality in the manner of Lamin Sanneh. The work of this African scholar of religion represents a treasure of insights on religious transmission and transformation in Africa.

Sanneh is the D. Willis James Professor of Missions and World Christianity and professor of history at Yale Divinity School. Originally from Gambia, he grew up in a Muslim household, but later converted to Christianity.

In Summoned From the Margin: Homecoming of an African, Sanneh writes, “The consternation that met me on my way to joining the church was a measure of the symbolic distance I had to travel from the Axis Mundi of my Muslim culture and history to the Christian faith.”

Naturally, his conversion evoked vitriolic criticisms from his family and friends. They publicly rebuked him, but he was determined to follow a new spiritual path. He was eventually baptized in the Methodist church in Gambia.

Sanneh’s accidental encounter with Helen Keller’s autobiography, The Story of My Life, was the radical, transformative event that enabled him to see the possibility of hope in the world. This driving force propelled him from the periphery to the center; the boy from an impoverished milieu became the academic.

For Sanneh, his conversion to Christianity was a double pilgrimage: First, it provided him a wonderful opportunity to experience a God of love and forgiveness, and secondly, it enabled him to develop a deeper sense of love for relating to his Muslim friends and family. He concludes, “The cross is God’s power, but it does not compel or threaten.”

His writings provide a feast for anyone who is ready to partake in Africa and the world’s complex religious dynamics. They also implore the West to move beyond a guilt-complex syndrome in order to come to terms with the growth of the Christian faith, especially in Africa, where it is growing without any debilitating hegemonic control or patrimony. He counsels the West to take the resurgence of Christianity in non-Western societies seriously.

At home in both Christianity and Islam, he does not shy away from addressing the challenges. Summoned From the Margin compels the West to look beyond the clash-of-civilizations thesis that valorizes the insuperable conflict between Islam and Christianity. His involvement with PROCMURA (the Program for Christian-Muslim Relations in Africa) provides insight on how, in other contexts, Christians and Muslims have developed networks of solidarity that transcend religious chauvinism and bigotry.

According to Sanneh, “the open hand offered in respect and friendship is ‘presence’ with a difference, and that difference in terms of mutual openness Muslims will often appreciate even when they do not agree.”

This affirmation challenges the West to consider the need for a deep contextual approach in the study of Christian-Muslim relations. The African context of hospitality, gratitude and benevolence is an “environment that requires so much interconnectedness for survival,” he writes, “relationships make identity. Everyone is everyone else’s cousin, niece, uncle, aunt, in-law, spouse, or the relative of a relative.”

He provides a wonderful insight into the African concept of ubuntu -- which affirms togetherness, solidarity and the love of one’s neighbor -- an integral part of the African worldview.

The genius of the Christian faith is in its capacity to be baptized into different culture-specific conditions. From the early church to our contemporary times, the themes of cross-cultural transmission and transformation have been enduring for the Christian faith. Sanneh testifies to the growth of Christianity in Africa after colonial rule. According to him, “the end of colonial rule removed obstacles in the path of Christian conversion, allowing the religion to commence the indigenous resurgence that was to distinguish it in its post-Western phase.”

Summoned From the Margin is a wonderful read about the processes of cross-cultural engagement. It is not simply a cerebral undertaking; it deals with personal matters that tug at the heart of anyone who is interested in cross-cultural conversations. Constant relocation is filled with wonder, awe and excitement.

This is a memoir that offers a trove of insights on the process of religious conversation, interreligious relations, African Christianity, and the abiding power of religion. I highly recommend it.

[Akintunde E. Akinade is professor of theology at Georgetown University’s School of Foreign Service in Qatar. He is the editor of A New Day: Essays on World Christianity in Honor of Lamin Sanneh.]

Lamin Sanneh’s other books offer fascinating analyses of the credentials and dynamics of African religions. His books include:

Encountering the West: Christianity and the Global Cultural Process (Orbis, 1993)

Piety and Power: Muslims and Christians in West Africa (Orbis, 1996)

The Crown and the Turban: Muslims and West African Pluralism (Westview Press, 1997)

Whose Religion is Christianity?: The Gospel Beyond the West (Wm. B. Eerdmans Publishing Company, 2003)

Translating the Message: The Missionary Impact on Culture, revised and expanded edition (Orbis, 2009)

Project of a lifetime: Couple take on documentary about Teilhard de Chardin's evolution