Book opens the field to explore understandings of pain and religion 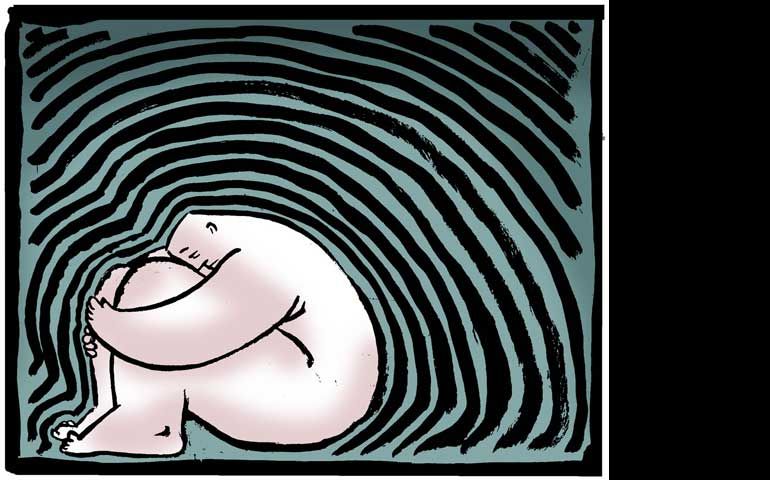 THE STORY OF PAIN: FROM PRAYER TO PAINKILLERS
By Joanna Bourke
Published by Oxford University Press, $34.95

Pain is ubiquitous and universal. Not equally distributed, it is nonetheless no respecter of gender, race, wealth or age. Our earliest ancestors experienced pain, as will our great-great-grandchildren. We are born into it, endure it throughout our lifetimes, and often depart this world in its thrall. It clouds our thought, crushes our happiness, makes us withdraw, and can drive us mad. In short, it makes us less human. It is a phenomenon worthy of study by humanists as well as scientists.

Joanne Bourke, professor of history at Birkbeck, University of London, and author of nine books, has taken up the provocative history of pain, recounting its story in the Anglo-American world from the mid-18th century to the present. Her hope is that by understanding how those in the past coped with pain, we might find ways to understand our own pain and that of others.

Her study evokes a myriad of questions: How has pain been described and interpreted over time? Can pain be productive or is it solely destructive? What is the connection between culture and pain? What are the implications of pain for medical professionals and those who care for the suffering? This is a book that demands your focused attention.

The Story of Pain is a bold exploration grounded in historical sources: diaries, letters, essays, prayers, songs, scientific textbooks, sermons and narratives. In these sources, Bourke finds the personal experience of pain expressed in the metaphorical and analogical language of a culture. It is through such language that a private event -- pain -- is rendered public and hence can be shared with healers and caretakers.

The book's parameters are set out in its subtitle, From Prayer to Painkillers. In premodern times, prayer was a principal resource for dealing with pain. Today, we battle pain, kill it or manage it, at least for the short-term.

Bourke includes an entire chapter on pain and religion and shows through many examples how pain was used in the service of religion. In 18th- and 19th-century Protestant England and America, pain was understood as punishment for sin, a potential builder of character, or an opportunity to enter into the suffering of Christ. The intent of the chapter is to show how any one of these "positive" aspects of pain was systematically undercut by an emergent secular and scientific worldview.

Once modern anesthetics -- ether and chloroform -- were developed, the "positive" value of pain was gradually eliminated. Pain became the enemy fought by scientific medical practice.

Paralleling this development in modern medicine was a change in language used to describe pain and to diagnose it. In the earlier attempts to mitigate pain, healers relied on patients' unspecific descriptors of pain. Gradually, the language of pain became more mechanical, and medical practitioners came to rely less on patient narratives and more on an "objective" diagnosis based on scientific research.

One among many of Bourke's interesting considerations is how certain groups were thought to be either less able or more able to bear pain. Women were weaklings, hysterics who exaggerated their sense of pain, but "coloreds," ostensibly because they were less than human, were more immune to it. Children, as underdeveloped humans, felt pain only minimally and were offered few remedies to deal with their suffering.

Bourke argues that language makes private pain public, and, as a consequence, it helps those who suffer both to describe their suffering and share it with medical caregivers. Does not such sharing allow the sufferer to have an identity independent of pain itself? Does it not also allow others to enter into that pain and to "hold" it for those who suffer?

Questions about personal freedom independent of one's circumstances and compassionate responsiveness to suffering are also at the heart of many religious inquiries. Bourke's work prompts the need for a study of contemporary understandings of religion and pain. The field is open.

Attorney: Long sentences could be ahead for trespassing peace activists

Vatican officials in U.S to study alleged miracles in Father Tolton's cause