‘Perfect’ priests and their ‘sacrificial lambs’ 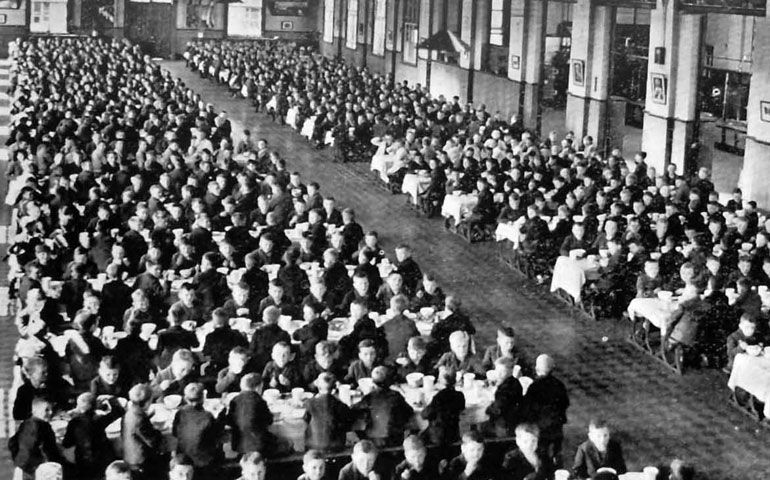 If we want to understand sexual violence, we have to get to know its perpetrators and the worlds in which they were formed. In the particular context in which Marie Keenan is interested -- clerical sexual abuse and its cover-up in the U.S. and Ireland since the middle of the 20th century -- such an adage goes from truism to nonstarter. Pressure not to get to know clerical abusers and the institutional, educational and social worlds of their formation comes from many angles of varying validity.

A posture of attentiveness to abusers may strike some abuse victims and their advocates as excusing the abuse and losing sight of the harm it may have inflicted. For their part, media outlets have helped uncover abuse, but they have also contributed to the vilification of clerical offenders, fixating on the category of pedophilia (at the expense of other abusive scenarios), and fomenting moral panic.

Church officials, on the other hand, want to isolate abusers and officials complicit in cover-up. They would have us pay attention to abusers only as aberrant pathological individuals. The theological or institutional context for their production as clergy is more or less off-limits.

Keenan, a researcher and lecturer in applied social science at University College Dublin and a registered psychotherapist, plunges into these taboo waters, taking her readers into the theological, moral and institutional contexts for abuse and cover-up. Working with the ever-present caution that to “understand all is never to forgive it all,” Keenan makes this journey in part through analysis of extensive conversations with nine Catholic men -- all retired or laicized Irish priests and brothers -- who admitted to having sexually abused minors in the past.

The premise for such a move is simple: Vilification of abusers prohibits thick understandings of their lives. Content to turn “them” into monsters, we avoid their (and our) implication in wider contexts that helped produce the abuse. Humanizing abusers offers significant new angles on the problem. Listening to these men’s stories allows Keenan to see that they “were not in themselves ‘bad’ men, rather, they were trying to be ‘perfect’ priests.” Description of what it meant to be “perfect” -- to practice the priesthood in the officially celebrated manner — goes a long way toward explaining how these men could “rationalize” their behavior and the secrecy that surrounded it.

Keenan does not rush into a presentation of the perpetrators’ stories, as if they alone were enough. Instead, the first half of the book includes a review of the existing literature on clerical sexual abuse, the culture of seminaries, and psychologies of abusive behavior. This first half of the book also includes an insightful reading of the complexities of “power” as theorized by contemporary scholars of gender. She interprets these sources clearly and cautiously. These chapters alone make Keenan’s work immensely useful. But the book’s real contribution comes from its exploration of the stories of nine abusive clergymen in Ireland.

This latter section of the book develops several themes relevant to the rise of abuse in Roman Catholic settings. Her focus is on seminary culture and education (in the period before the 1990s) and the kind of living it enabled and disabled. In these spaces priests learned to fear sexuality, disavow their bodies and emotions, bury non-priestly components of themselves, and adapt to emotionally isolated and lonely lives.

Two additional themes enhance her critique of clerical formation. The first is a paradox of clerical life, a condition she describes as simultaneously powerful and powerless. Valorized as special beings with unique ritual powers and heightened virtue, priests and brothers were also demeaned and devalued by expectations of humility and deference to their clerical superiors. Often unsupported and unsupervised and yet conditioned toward obedience to those above, many clerics experienced frustration in a church that demanded so much of them.

These conditions, along with sexual immaturity fostered by lifelong silence surrounding sexuality, helped produce priests who had an “emotional congruence” with children. Keenan sees perpetrators of abuse tragically seeking to navigate their emotional tempests in the presence and with the bodies of young people, whom abusers saw as equal, if easily silenced, partners.

The other most compelling theme concerns moral education. The church, Keenan argues, has offered poor tools for making judgments. Instead of judging out of a context of relationships with particular others and dynamic processes of introspection and empathy, seminarians were instructed in the technical and intellectual application of fixed, universal and external rules. Impersonal and abstract, this moral theology enabled abusers to treat their behavior as a matter of sin against God and purity and not as a matter of harm for others. Moreover, the confessional, with its seal of secrecy, further enabled the abuse by providing a context for expiation of this sin. Regular confession helped convince the priests that they were at least trying to meet God’s standards. All of the nine priests confessed their abuse in confession -- according to their reports, only once did a confessor alert the abuser to the criminal nature of the offense. The system advanced a purity ethic at the expense of a relational ethic.

If all or most priests and brothers were trained amid these conditions until very recently, why did some abuse while others did not? Keenan argues that abusers were more likely to be those inclined to be rule followers rather than rule breakers. Many clergy had the ability or cunning to know which rules they needed to bend or break in order to make seminary and clerical life humane. Others, those aspiring to the most strict and idealized version of the priesthood (what Keenan calls “Perfect Celibate Clerical Masculinity”) were essentially harmed by the church in the process. Buying into the impossible standards of this idealized clerical identity stifled opportunity for these men to openly explore their humanity and sexuality, develop intimate and satisfying adult relationships, account morally for their impact on others, and see themselves outside their duties to powerful superiors.

The stunning conclusion of this work is that for those who embraced the idealized model of perfect celibate clerical masculinity, seminary and priestly life were in themselves abusive contexts. Overly credulous or unsavvy, they accepted standards that led to “soul death.” Eventually, children were the “sacrificial lambs” on the altar of this image of clerical perfection. Until recently, victims’ silence allowed Catholics to ignore their complicity in the institutional secrecy and hypocrisy that helped these sacrifices continue.

For Keenan, it remains a question whether these voices speaking up will result in real change. Vilification or dismissal of abusers won’t contribute to the solution. Apologies, shame and even strict “zero tolerance” policies will not constitute the kind of structural reform that will begin to solve the problem in the Roman Catholic church. Only a “new model of the church” will do. Keenan’s hard-nosed and sophisticated book is a step in that direction.

Witness to the Cuban experiment

Neither faith nor magic saves 'Little Boy' from its muddled message