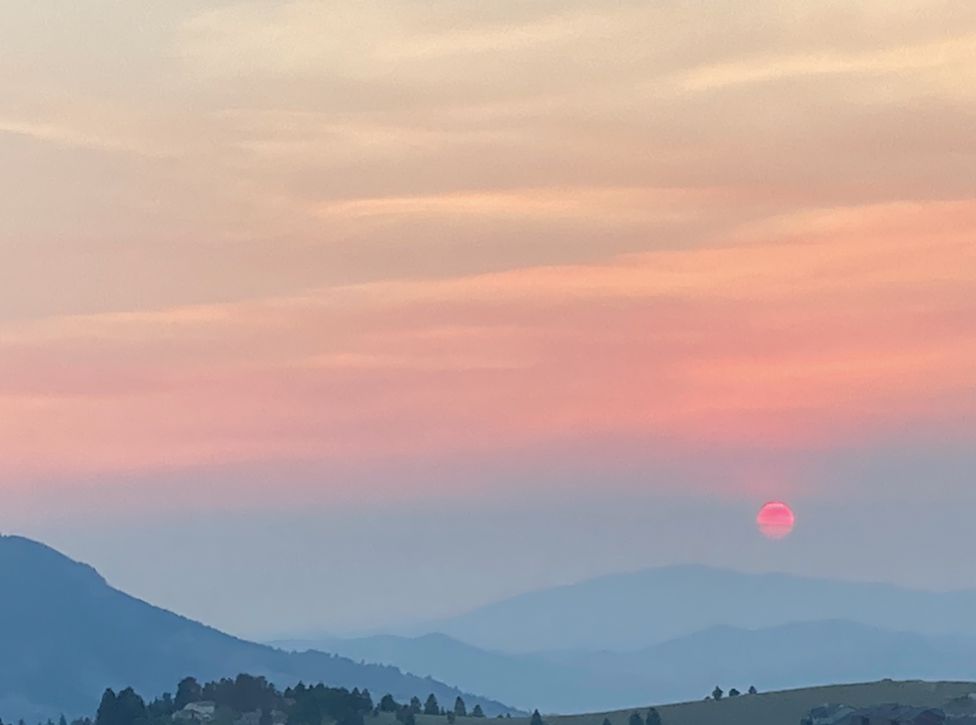 Smoke from fires in California settles over the author's childhood hometown in Montana. (Michael Downs)

This week's reflections focus on air.

The wind blows where it wishes, and you hear the sound of it, but you do not know where it is coming from and where it is going; so it is with everyone who has been born of the Spirit.

Some forms of pollution are part of people’s daily experience. Exposure to atmospheric pollutants produces a broad spectrum of health hazards, especially for the poor, and causes millions of premature deaths.

What can we do but keep on breathing in and out, modest and willing, and in our places?

As I sat across from my father's hospital bed last week, I watched his breathing while he slept. This second bout with pneumonia, among other health challenges, made each breath seem precious and fragile.

I longed to wheel him outside for some fresh Rocky Mountain air, but the smoke from Northern California (where I live) rolled into Western Montana (where I was visiting my dad), and the air quality index reached "unhealthy" levels. Meanwhile other hospital beds were filling up with severely ill COVID patients, many with pre-existing respiratory issues.

My eyes shifted from the rising of his chest, out the sealed window to the gray sky. The N95 mask felt suffocating and hid my sense of overwhelm and fear. But along with my dad, I kept breathing in the reality around us, breathing out love.

It is true that we all breathe the same air, but the reality is that the quality of that air varies significantly based on where we live.

I never thought about this as a child breathing pure Rocky Mountain air. But as an adult I have learned that, according to the United Nations, air pollution continues to be our single biggest environmental health risk today; 90% of the global population is breathing polluted air.

In many urban areas, like the Bay Area where I am raising my family, the most marginalized communities live and work disproportionately close to the factories and highways where air pollution is most acute. These locations are not accidents of history, but often the result of racist policies that have informed urban planning and roadway construction.

Communities of color and lower socioeconomic backgrounds have also suffered disproportionately during the pandemic, partly because the many pre-conditions which make COVID-19 more lethal, including lung and respiratory disease, are caused by air pollution.

How do we keep breathing when the suffering of the world knocks the wind out of us?

This month Catholic schools around the country celebrate the Mass of Holy Spirit to begin a new academic year. One meaning of "Holy Spirit" is the "breath of God," a mysterious concept found in many religions of the world. An annual moment of inspiration, this year's Mass also made space for feelings of relief (of being back in person) and grief (for all that has been lost).

Even as air pollution seems so pervasive, so too is the Holy Spirit blowing where it wills (Jn. 3:8). More and more people across nations, generations and religions are breathing in the suffering of the planet and the poor, and breathing out solidarity, resiliency and action.

As we keep breathing in and out, modest and willing, what are we called to do with and for the source of life that sustains us?

This story appears in the At Home in Creation feature series. View the full series. 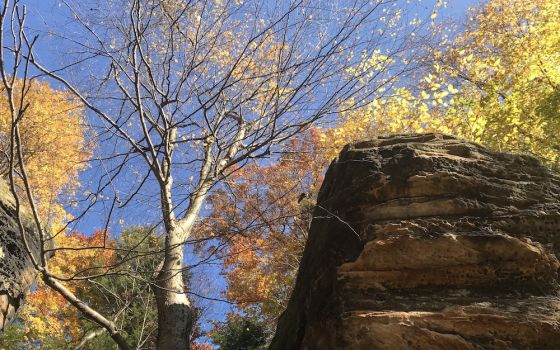 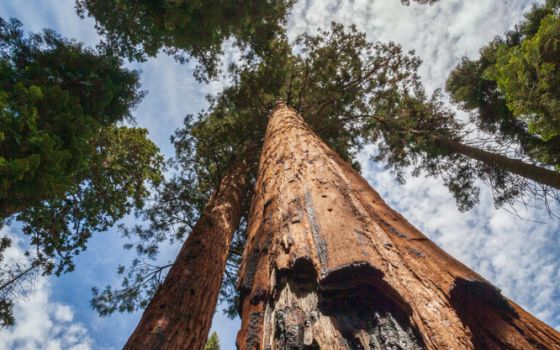 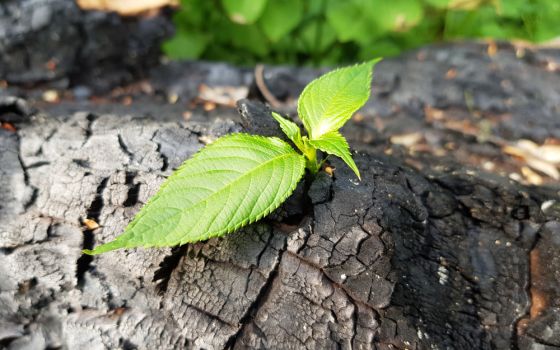 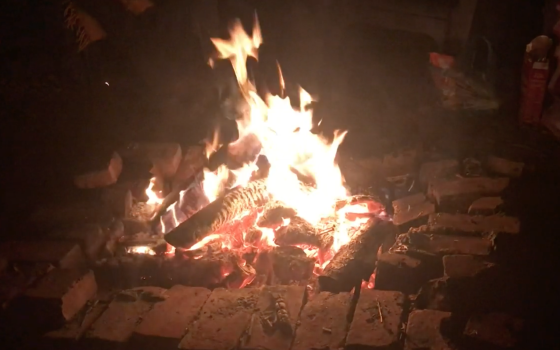