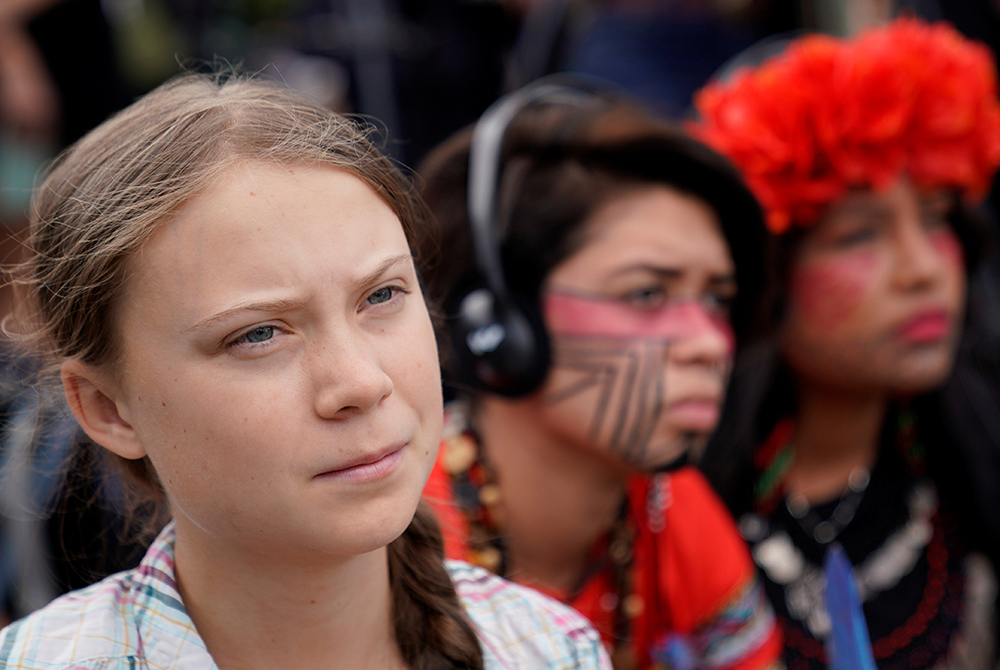 Editor's note: This story originally appeared at Reuters and is republished here as part of Covering Climate Now, a global journalism collaboration strengthening coverage of the climate story.

On an overcast August morning, the world watched as Greta Thunberg set sail from a quaint port city in southwest England aboard a racing yacht en route to the 2019 UN Climate Action Summit in New York City. The voyage marked a year since the start of Greta's weekly school strikes. She had come a long way from sitting alone in her father's yellow rain jacket outside the Swedish Parliament to being invited to speak in front of the United Nations and galvanizing a global youth movement for climate action, now millions strong. 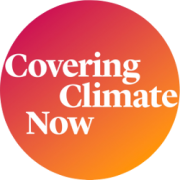 The transatlantic trip also marked the beginning of a gap year for Greta. Off from school, she planned to take her protest around the world (via a carbon-neutral racing yacht, electric cars, and Europe's vast rail network) and meet with leading climate scientists to learn more about the effects of global warming and the science that could save our planet. But the trip, which is the basis of a new, three-part documentary series premiering on PBS on Earth Day, Thursday, April 22, was disrupted in a way no one could have imagined when COVID-19 was declared a pandemic in March 2020.

"We decided very early on to cancel or postpone all of the planned strikes and protests because it was the right thing to do," Greta tells Teen Vogue, "so we've had to move online." She had planned to march with thousands of like-minded activists in cities around the world, but instead Greta found herself tweeting selfies from her couch in Stockholm with her now instantly recognizable black-and-white "SKOLSTREJK FÖR KLIMATET" sign.

At first, COVID-19 knocked the climate emergency out of international headlines. But it wasn't long before connections between the two crises began to crystallize. As life around the world slowed at the beginning of the pandemic, climate scientists reported a steep drop in planet-warming fossil fuel emissions. Viral photos showed wildlife exploring emptied cities, where urbanization had destroyed the animals' natural habitats. Experts began to warn that ongoing habitat destruction has created ideal environments for the emergence of zoonotic diseases, like the novel coronavirus, which could lead to more pandemics in the future. And suddenly, governments were mobilizing to find solutions — uniting behind the science, as Greta would say — to develop treatments and vaccines.

Amid the chaos, Greta turned 18. Now, on the brink of adulthood, she speaks to Teen Vogue via Zoom, reflecting on her gap year and what it will take to protect our uncertain future.

Editor's note: These responses have been condensed and lightly edited for clarity.

Teen Vogue: You took a year off from school and traveled around the world to meet leading climate experts and witness the impact of global warming firsthand. What were some of the most striking moments you experienced on that journey? 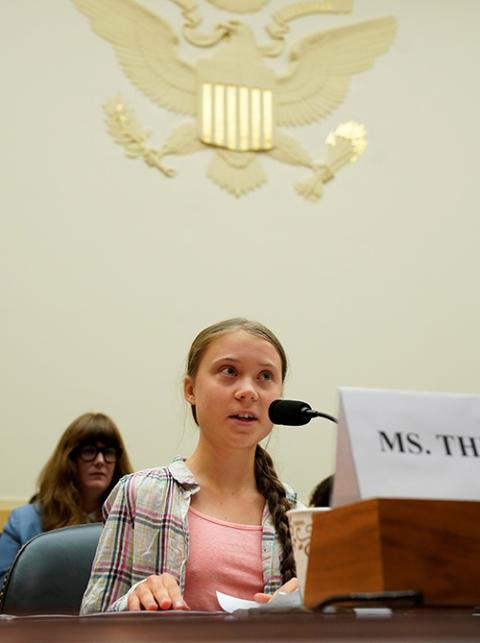 Swedish climate activist Greta Thunberg, 16, testifies at before U.S. representatives at a hearing on "Voices Leading the Next Generation on the Global Climate Crisis" in Washington Sept.18, 2019. (CNS/Kevin Lamarque, Reuters)

Greta Thunberg: I don't think there were any specific striking moments, or interviews, or meetings. It's just the accumulated amount: When you take all of them together and read between the lines, connecting the dots between them, you realize that [the climate crisis] is something much bigger. There were still very powerful and very striking moments, but it's when you add it all together that you start to see the full picture, and that's the most powerful thing.

Your trip was interrupted after you spoke at the European Parliament's Environment Council in Brussels in March 2020, as the COVID-19 pandemic brought life around the world to a relative standstill. Do you think the pandemic has helped reveal anything about the climate crisis?

What do you think we have learned during the pandemic that we can take into the fight against climate change?

That it is not until we really start treating a crisis like a crisis that we can get real change and start addressing that crisis. It has shown us that without science, we wouldn't have made it very far. We are depending on science, both in the role of the solution and as an alarm — like a fire alarm or a warning. For example, we have shown how quickly we can develop a vaccine once we really put our resources into it. Of course, the climate crisis doesn't have a vaccine. But it really shows that once we put support and resources, whether it is financial or something else, into science, then we can start seeing some results.

President Trump was a disaster for the climate. His rollbacks of Obama-era climate policy have the potential to increase the amount of greenhouse gases in the atmosphere by 1.8 gigatons by 2035. His successor, Joe Biden, has promised to make climate action a priority of his administration. Many members of Congress were also elected on climate action platforms. What do you think young people in the U.S. can do to hold our elected officials accountable and help recover from Trump-era setbacks in climate policy?

The first thing that we need to keep in mind is that Trump may be gone, and that may be a positive thing for the climate, but we cannot relax just because of that. People seem to think of Joe Biden as a savior and now everything will be alright just because Trump is gone, but that's a very dangerous thing to do. We must not allow ourselves to relax. We must continue to push even harder and still call out Joe Biden because, of course, he's not good for the climate either. Just because he's a bit less bad doesn't mean that he's good for the climate.

We need to see through the speeches [politicians] make. Just because they say they care about the climate doesn't mean that they're actually going to do anything big.

And how do you think, practically speaking, young people can do that?

For example, school strikes or protests. I know that it's hard during pandemic times, but there are still ways that you can become an activist. Because we cannot vote as young people, among the most powerful things that we can do is raise our voices. We always have a voice, no matter how old we are. Another powerful thing that we can do is influence the adults around us — for example, our parents. That's the way I got started. Nothing is too small to begin with.

You've been in international headlines for more than two years now, led dozens of marches in countries around the world, and spoken at some remarkably high-profile events — that's a lot of pressure. You also talk in the PBS documentary series about having Asperger's and how difficult it is to cope with overstimulation at crowded events. How do you manage all of that stress? Do you have a routine for self-care?

I guess I just try to distance myself from it as much as I can; that way it becomes much easier. When I'm on a march, I try to shut off all the inputs and just make my own little bubble in a way, which makes it easy to handle.

I do lots of things [at home]: being with my dogs, lots of jigsaw puzzles, and crafting, like embroidery and knitting. That's very relaxing.

Now that you've turned 18 and taken this trip around the world, what are you going to do next?

Well, I've just started high school. This is my first year, and then, when this term ends, I have two more years. So I'm doing that first, while at the same time doing activism. But after that, I have no idea what I want to do or what I'm up to. I guess I will have to see where I end up. But probably I will be where I can be the most useful — advocating for change in one way or another and being an activist in whatever shape that may take.