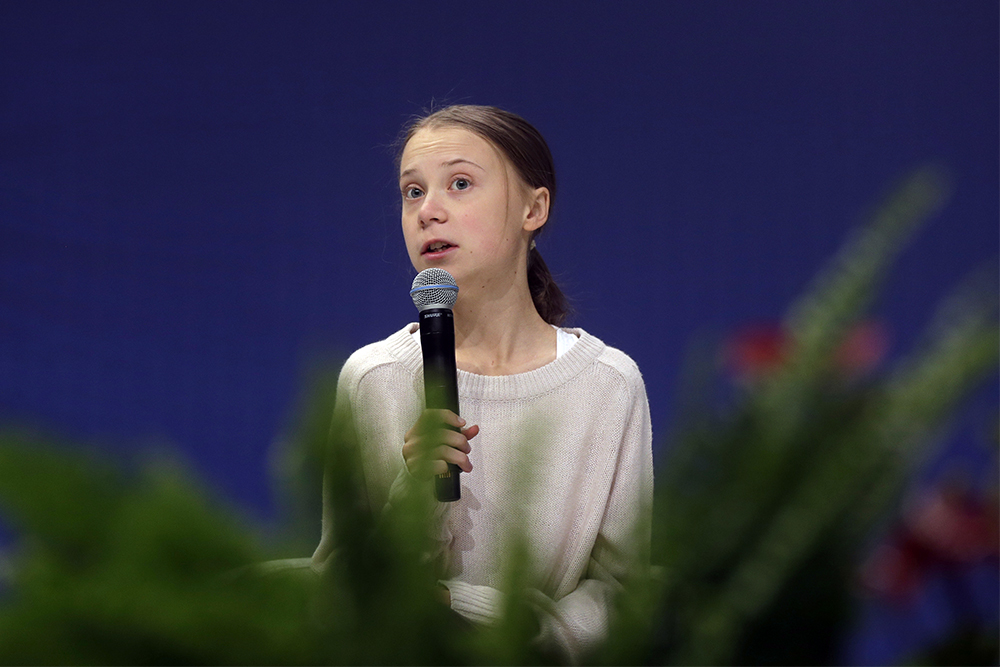 Climate activist Greta Thunberg speaks during a meeting with leading climate scientists at the COP25 summit in Madrid on Dec. 10, 2019. Thunberg was in Madrid where the global U.N.-sponsored climate change conference was taking place. (RNS/AP/Paul White)

During Advent, in the Scripture readings used at Mass, Catholics hear a lot from the Prophet Isaiah. He speaks of hope. Deserts will bloom; refugees will return to Jerusalem; peace and justice will reign.

"The desert and the parched land will exult; the steppe will rejoice and bloom," says Isaiah. "They will bloom with abundant flowers and rejoice with joyful song."

This is a joyful, hopeful prophecy. This is what God wants for us.

But in fact the flowers are wilting, farmland is turning into desert, and we have either little rain or floods.

Scientists tell us that oceans are rising. Cities will be inundated. Weather patterns will change. Millions of people will suffer. The damage we are doing to Mother Earth may be impossible to heal.

As Pope Francis says in "Laudato Si'": "Doomsday predictions can no longer be met with irony or disdain."

Nor are refugees returning to their homes, as Isaiah predicted. In fact, we have more refugees caused by wars, civil strife and climate change. All projections say that it will get worse. And our response is to build walls and close our gates.

Other Advent Scriptures encourage us to have patience as we wait for the Lord's coming, but I agree with the 16-year-old prophet Greta Thunberg that time is running out.

"I want you to panic," the Swedish teenager told CEOs and world leaders at the World Economic Forum meeting in Davos last January. "I want you to feel the fear I feel every day. And then I want you to act. I want you to behave like our house is on fire. Because it is."

At the United Nations climate summit in September, she told world leaders: "You have stolen my dreams and my childhood with your empty words. … People are suffering. People are dying. Entire ecosystems are collapsing."

"We are in the beginning of a mass extinction and all you can talk about is money and fairy tales of eternal economic growth. How dare you?" 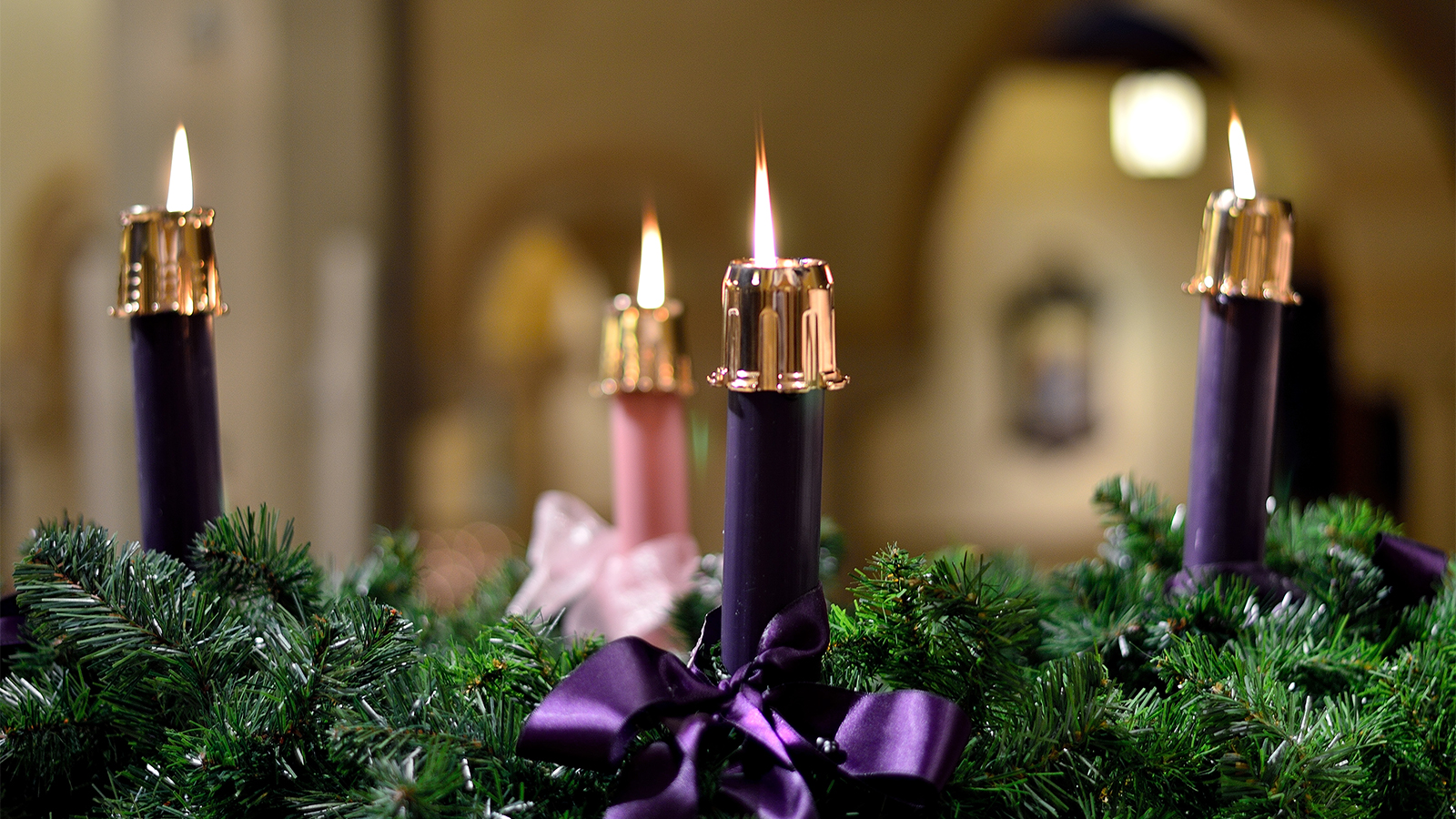 She noted that scientists have been warning about climate change for 30 years and that world leaders claim to understand the urgency of the problem.

"I do not want to believe that," she said. "Because if you really understood the situation and still kept on failing to act, then you would be evil, and that I refuse to believe."

I am not so trusting. As a member of the boomer generation, I wonder, "Are we stupid or are we evil?" Future generations will have to live in the world we ruined. Will they look on us as we look on Germans who lived through the Shoah, and say, "They must have known."

The pope warns, "We may well be leaving to coming generations debris, desolation and filth."

"The pace of consumption, waste and environmental change has so stretched the planet's capacity that our contemporary lifestyle, unsustainable as it is, can only precipitate catastrophes," he continues, catastrophes we're already witnessing.

Pope Francis argues that climate change is not just a political or economic issue, but a moral issue, as it affects people and all God’s creation.

He calls for personal conversion as well as societal change.

Some Catholics have joined him. For example, there is the Catholic Climate Movement, which works to bring "Laudato Si'" to life for climate justice. And on a smaller scale, just last week outside my window I watched solar panels being delivered for the roofs at Gonzaga College High School in Washington, D.C.

Isaiah gives us a message of hope; he tells us that God wants peace and prosperity for all peoples. He gave us a planet that can nourish us if we take care of it and protect it as our common home.

During Advent we remember the coming of Christ in history. He came in poverty and weakness. He was born of a teenage mother in a third-rate country that was occupied by foreign soldiers. At an early age, he was a refugee in Egypt, being chased from his home by a corrupt, power-hungry tyrant. Christ’s coming shows God’s love and compassion and his desire to dwell with us, even in our pain

But what do we do in the meantime? The Scriptures tell us to be patient, but not to sit on our hands while we wait, not to be like the rich exploiters condemned by the prophets.

What we should do is be like Christ: feed the hungry, care for the blind and disabled, encourage the fainthearted and preach the gospel by word and deed. And today, Jesus would add, protect Mother Earth, our common home. This is what we are asked to do until Christ comes again.

Greta Thunberg is an Advent prophet giving us hope but challenging us to prepare the way of the Lord by protecting the Father's creation. She has suffered the same scorn and attacks heaped on other prophets by the powerful and rich.

Will we listen to her, or will we bring about the doomsday scientists predict?