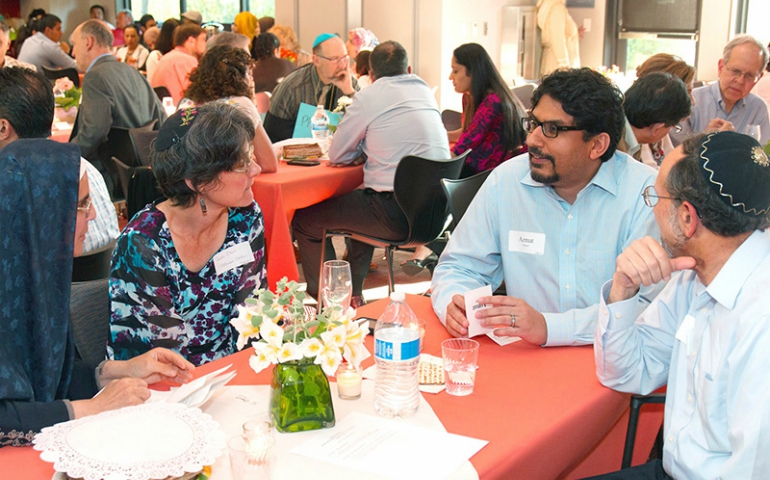 At a time of growing assaults and intimidation of Muslim Americans,  the Islamic Networks Group has partnered with 70 interfaith organizations to launch a "Know Your Neighbor" campaign.

The effort is intended to encourage individuals and groups to encounter people of faith different from their own.

Maha Elgenaidi of ING said overcoming prejudices begins with small steps, such as attending an interfaith movie night or attending worship in congregations other than one's own. According to studies, 10 minutes of nonconfrontational encounters with people from an unfamiliar background can have a lasting effect both on bias and voting decisions.

"We believe that if enough Americans join our campaign by participating in one or two simple actions of encounter, we can push back effectively against the division and polarization that have become toxic to our national life," she said.

The initiative comes as a direct response to events such as the Portland stabbings and ACT for America's anti-Shariah marches scheduled for June 10 in over 25 cities.

Corey Saylor, a director at the Council on American-Islamic Relations, said during a news conference June 8 that anti-Muslim hate crimes had increased 44 percent in CAIR's 2016 report.

He cited President Trump's proposed travel ban and other comments as a factor, which he said "conditions the public to accept measures against Muslims that may be extreme."

"In many ways, the only significant way to push back against that, at a local level, is getting people together and letting them get to know one another."

The number of anti-Semitic events has also increased, said David Bernstein, president and CEO of the Jewish Council for Public Affairs. Since the election, anti-Semitism incidents have risen 86 percent over last year.

Yet Bernstein spoke to the value of interfaith cooperation when describing his experiences with bomb threats and other acts against the Jewish community. He said his Christian and Muslim neighbors were quick coming to the community's aid.

"At a time when we are most concerned about what's happening in our political system, concerned about changes in certain segments of American society," he said, "we are also most optimistic about the prospect for expanding our connections and developing a more cohesive interfaith community in this country."