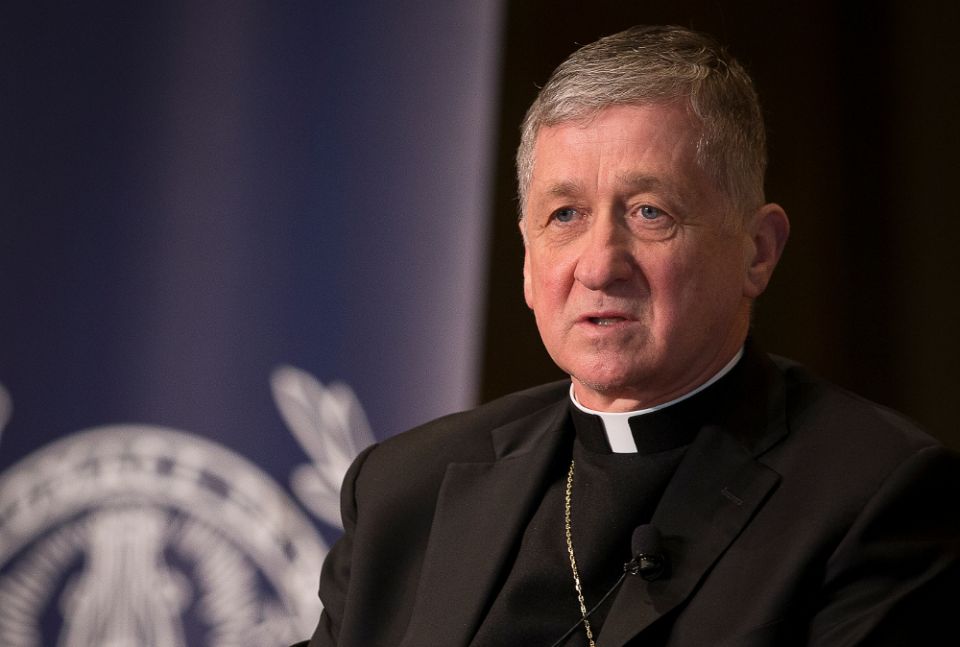 Chicago — Calling the Catholic Church's latest controversy a "new low," Chicago Cardinal Blase Cupich urged his fellow bishops to hold one another accountable and accept leadership from lay people on issues related to clerical sex abuse, while also praising Pope Francis' response — or lack thereof — to accusations by his former ambassador to the U.S.

"The Holy Father got it right last night," Cupich told NCR Monday, adding he thought it was appropriate not to "go into the weeds, down a rabbit hole of answering all of these things."

Allegations released Aug. 26 by former papal nuncio Archbishop Carlo Vigano claimed that cover-up of clerical sex abuse, including that by former cardinal Theodore McCarrick, went all the way to the top of the church. Vigano called upon Francis to resign, and was critical of Cupich's appointment, claiming it was orchestrated by McCarrick.

The pope dismissed Vigano's allegations and challenged journalists to investigate the claims and "make your own judgement."

Cupich also praised the emphasis on victims in today's U.S. bishops' statement in response to the Vigano letter. "I always say, if you put the child in the middle of the room, we'll get it right," he said. "That should be our focus."

But he urged Cardinal Daniel DiNardo, president of the U.S. Conference of Catholic Bishops, to not leave investigation of the McCarrick allegations in the pope's lap. "Before we make demands of the pope in regard to anything, we've got to, as we say in Chicago, 'put on our big boy pants' and ask each other some tough questions."

As for his fellow bishop, Joseph Strickland of the Diocese of Tyler, Texas, who quickly released a statement that called Vigano's allegations "credible," Cupich wants to know "On what do you base that?"

Cupich released a statement Aug. 26 detailing factual errors in Vigano's timeline about his appointment as archbishop of Chicago. But he was even more shocked by the letter's "derisive" tone.

"In any encounter I've had with [Vigano], he's always been very cordial and pleasant," Cupich said. "There has never been any indication to me the level of scorn that's in his letter about me. I was just stunned. I have no idea where that's coming from."

Cupich urged not only lay involvement, but lay leadership, in the church's response to sexual abuse and cover-up.

"We obviously have not been able to deal with this effectively on our own," he said. "So it is time to make sure we involve lay people. It's a turning point, and a good turning point."

The expertise of laity — if they are given the independence to exercise it — could help hold church leaders accountable, Cupich said. "Lay people aren't afraid to do that. Sometimes clerics are," he said.

Cupich acknowledged how "sickened" Catholics must feel by these controversies in the church. "But this is not what the church is about," he said.

"We have to speak on behalf of the migrant. We have to make sure the Gospel is preached to people who are left out of society. We have to educate children," he said. "Let's make sure we do not forget the church's bigger agenda."