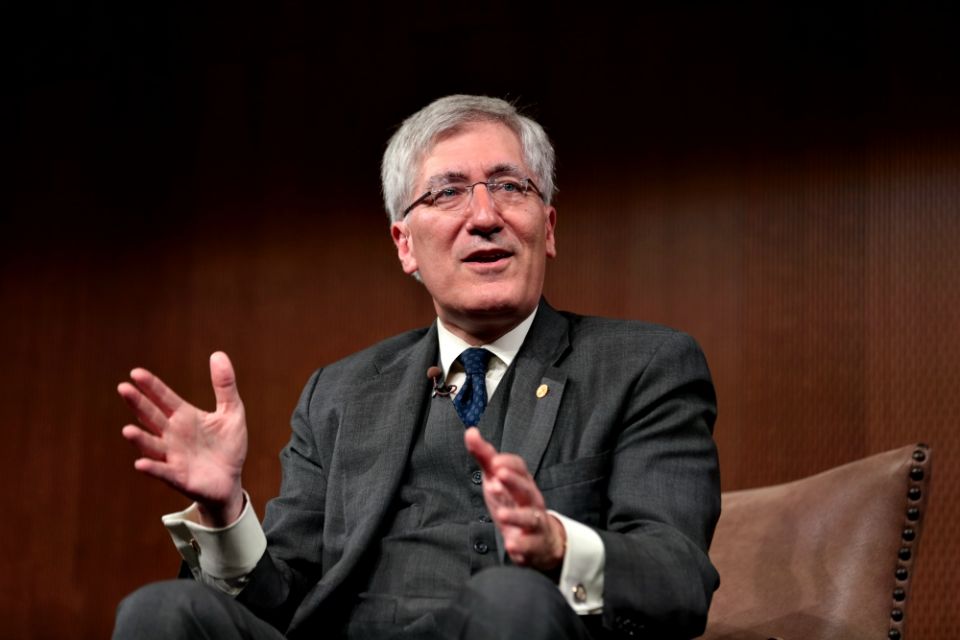 Many of us are trying to wrestle with the varied challenges posed by the return of the clergy sex abuse crisis. As I discussed Wednesday, certain political commentators are trying to make this crisis about politics, which shouldn't surprise. But the serious conversation within the church is about reform of the culture to introduce greater transparency and accountability.

Professor Robert George published an essay at First Things that takes up the challenge. To his credit, he does not use the crisis to promote his friends among the episcopacy the way commentators like Hugh Hewitt have done. Nor does he engage in gay-bashing the way other commentators have. Still, his analysis and remedies are wrong-headed.

The heart of George's argument is this:

What is the answer? Well, fundamentally the answer to infidelity is fidelity. That is what is needed. As my late friend Fr. Richard John Neuhaus put it, "fidelity, fidelity, fidelity." There is no proper place for unfaithful priests (of any rank) in the Church. If a man does not believe what the Church teaches about God, about the dignity of the human person, about sex and marriage, or about justice, he should not function as a priest or serve as a bishop. If he cannot or will not proclaim those teachings, and certainly if he cannot or will not lead his life consistently in line with those teachings, he should not be ordained (if he is, or proposes to become, a seminarian) or, if he is already ordained, his priestly faculties should be removed. Period.

It is more than a little outrageous that George would recall the late Fr. Richard John Neuhaus in this regard without mentioning Neuhaus' complicity in defending Fr. Marcial Maciel and impugning reporters who published the evidence about Maciel's crimes. But, setting that aside, it is the rest of the paragraph that is really outrageous.

"There is no proper place for unfaithful priests (of any rank) in the Church." With George, it is always all or nothing. St. Augustine was a priest and bishop of the church and he rather famously said, "Lord, I believe. Help me with my unbelief." Was that residual unbelief sign of a lack of fidelity? Should Augustine have been booted off his cathedra in Hippo?

Prelates accused Jesuits Fr. John Courtney Murray and Fr. Henri de Lubac of being unfaithful when they challenged teachings of the church in the postwar era, and both theologians were silenced by Roman authorities, but at the Second Vatican Council their theology was central to key doctrinal developments and they were hailed as heroes. De Lubac was even made a cardinal!

George is concerned about priests who do not proclaim what the church teaches and those who do not evidence their commitment to that teaching in their lives. But are there bishops who live by the fullness of the church's teaching? Bishop Thomas Paprocki denigrated the teaching of the church on the right of workers to organize, criticizing the bishops' conference brief in the Janus case. I think he is wrong and I am glad he was an outlier, but I do not think he should have his priestly faculties removed.

Nathan Schneider, at America, asked whether this newfound interest in total fidelity applied to Acts 2:44? "All the believers were together and held everything in common." I would find it convenient if, on occasion, I had access to pied-a-terre in midtown Manhattan. Should Cardinal Timothy Dolan make his residence accessible to all like a timeshare?

Of course, I am being silly. I do not mean to make light of the concern: Hypocrisy is always a problem, but it is always a human problem, and it is a problem that touches on more than sexual purity. Yet, George's obsession is with sexual sin. He writes: "What I am talking about here are grave sins, including not only exploitation and abuse but also serious sins against chastity such as fornication, adultery, and sodomy."

I wish all priests, and the entire people of God, were free from the temptation to these sins. But just as I would not counsel a married couple to divorce simply because one of them was unfaithful, so too I would not abide a one-size-fits-all solution to the problem of priestly violation of the vow of celibacy. There are circumstances when I think a priest should resign his office because of a sexual sin and other times when I would leave that up to his conscience and not demand a legal solution.

Violating a child is always sufficiently grave to warrant removal from ministry. But say a priest goes on vacation and one night, after a little too much to drink, a hustler in the bar picks him out as a potential customer, and he wakes up the next morning to find he is not alone in his bed. Should he necessarily abandon his priesthood? If this became habitual, perhaps. If this incident became a source of nagging and repeated mendacity, yes.

But what if the event, faced squarely as a sin, made the priest a gentler confessor or a more gifted counselor of married couples? Do we not, in the Exsultet, acknowledge that sometimes a culpa ends up being a felix culpa?

Why would not the commission of the sin of pride be the thing that triggers removal from ministry and even the clerical state? Pride is the deadliest of the seven deadly sins after all. In fact, the sex abuse crisis is as much about the abuse of power, which is an expression of the sin of pride, as it is about sex. Had the sick men who perpetrated the sexual violence been quickly removed and turned over to civil authorities, we would not be having a crisis all these years later, would we? Why does George conclude that it is the sex that is the "poison in the bloodstream of the Church" and not the pride of the bishops who covered it up?

I stand by what I wrote about the clergy sex abuse scandal at The New Republic back in 2002:

The crisis in the Catholic Church started as a sex scandal the way Watergate started as a burglary: What followed has become the real scandal. We all know that the sexual abuse of minors is horrific; but somehow the bishops did not react with horror. That is what truly shocks.

I recognize that now, in the midst of this crisis, is no time to voice concern about the danger of neo-Puritanism or, in this case, perhaps it is neo-Jansenism. Especially as the bishops consider how to devise rules that deal not with sexual misconduct with children but with adults, it may seem futile to point out all the gray that exists in the world of adult sexual behavior. But, futile or not, it exists. E pur si muove.

Castration would achieve the sexless clerical world that George thinks essential to ecclesial health. Others think removing the demand of celibacy is the trick. Still others want a ban on gays. As long as men — and perhaps someday women — are made priests, they will sin. Some of those sins will be sins of the flesh and others of the spirit. What turned the sex abuse crisis into a crisis, however, was a culture utterly lacking in accountability and transparency.

Italian women seek freedom to marry the priests they love

Bishops must look within their own culture