A $2 million gift from a leading firm in sexual abuse litigation seeks to turn a Minnesota law school into a national training and resource center for child abuse prevention and response.

The donation, from the firm Jeff Anderson and Associates, will create at the Mitchell Hamline School of Law in St. Paul, Minnesota, what is called the Zero Abuse Project. The effort will educate and train lawyers and other professionals in the skills necessary to recognize signs of child abuse, how to better work with people who have experienced such trauma, and ultimately how to advocate for an end to child abuse through courtroom litigation and legal reform.

"Our law firm is making this commitment in the hopes that people don't need to contact us in the future," Jeff Anderson, whose office is also based in St. Paul, said in a Sept. 14 press release announcing the project. 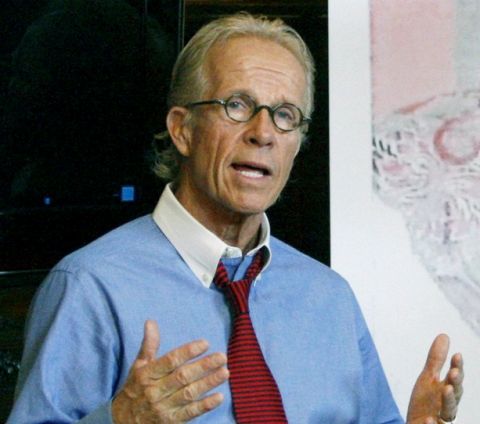 He added, "This is just the beginning."

Mark Gordon, president and dean at Mitchell Hamline, said the school was "thrilled and delighted to be able to expand its child protection efforts."

In 2013, the law school began a child protection program to promote legal-system reform through education, training, research and the development of best practices. The Zero Abuse Project will advance that program "in a substantial way," Anderson, a Mitchell Hamline alumnus, told NCR.

An attorney of 35 years working with survivors of child abuse, often those sexually abused by clergy and religious within the Catholic Church, Anderson, who just turned 70, outlined three pillars for the newly launched project: teach, train, do.

It's through that third action-focused component that the project hopes to recruit lawyers and law firms across the country to practice pro-bono impact litigation aimed at creating better systems and laws for child protection, and holding governments and institutions accountable when they fall short. Law students and faculty will also take part.

Anderson said they're modeling the approach after the Southern Poverty Law Center, pointing to the success that organization has had in taking on the Ku Klux Klan.

"The impact litigation is a powerful tool that has yet to be fully utilized in child protection. And we believe that our litigation that we bring is impact litigation, but this is to engage others to do it and to do it nationwide and on a volunteer basis," he said.

Other parts of the Zero Abuse Project will create a child advocacy clinic for law students, and an online certification program in child protection available nationwide to professionals. The goal of the certification program is to help people who work with children — lawyers, judges, social workers, advocates, among others — better read, and respond, to the signs of child abuse.

On training, the project will build off the work of places like the Gundersen National Child Protection Training Center, based in Winona, Wisconsin, by offering in-classroom and online programs in trauma-informed care.

"So many of the people work with people who have been traumatized — kids and adults — do not understand trauma and how to care, and understand what really is going on. And so we have seen a need and an opportunity to help advance that," Anderson said.

Training in trauma-informed care will also help those working with people who experienced trauma manage the secondary stress and trauma they often experience themselves, what Anderson called "a significant part" of the training.

Asked about the role of lawyers in the effort to prevent child abuse, the St. Paul attorney said the vortex of the child protection movement has been a partnership of courageous survivors taking a personal, often long-held secret and sharing it with law professionals.

"What has moved and brought awareness to the names of the offenders and the institutions that have chosen to protect them? Litigation," he said.

He added that together lawyers and survivors "can become the leaders in child protection — not by choice but by necessity in America."

Anderson has been a prominent figure throughout the clergy abuse scandal in the U.S. Catholic Church, representing survivors across the country and most recently in bankruptcy proceedings in his hometown St. Paul-Minneapolis Archdiocese.

He began in child sexual abuse litigation in the early 1980s, shortly after graduating in 1975 from the William Mitchell College of Law. The school, whose alumni include former U.S. Supreme Court Chief Justice Warren Burger and three past Minnesota governors, merged in 2015 with the Hamline University School of Law.

The Zero Abuse Project at Mitchell Hamline joins several other law schools that have developed their own clinics in the area of child abuse prevention. In 1989, the University of San Diego, which is Catholic, founded in its law school the Children's Advocacy Institute, which places special attention on child protection in foster care systems. In January 2016, the University of Georgia School of Law opened the Wilbanks Child Endangerment and Sexual Exploitation Clinic, which focuses entirely on assisting victims of child sexual abuse.

With the Zero Abuse Project, Anderson's firm hopes to substantially expand the efforts in child protection already underway at Mitchell Hamline and other institutes in innovative and comprehensive ways.

"We just think that, given our experience in this field, that we just feel this is the time and this is the opportunity to do more and much, much more," he said.

'50 Shades of Grey' is about abuse of power, not sex