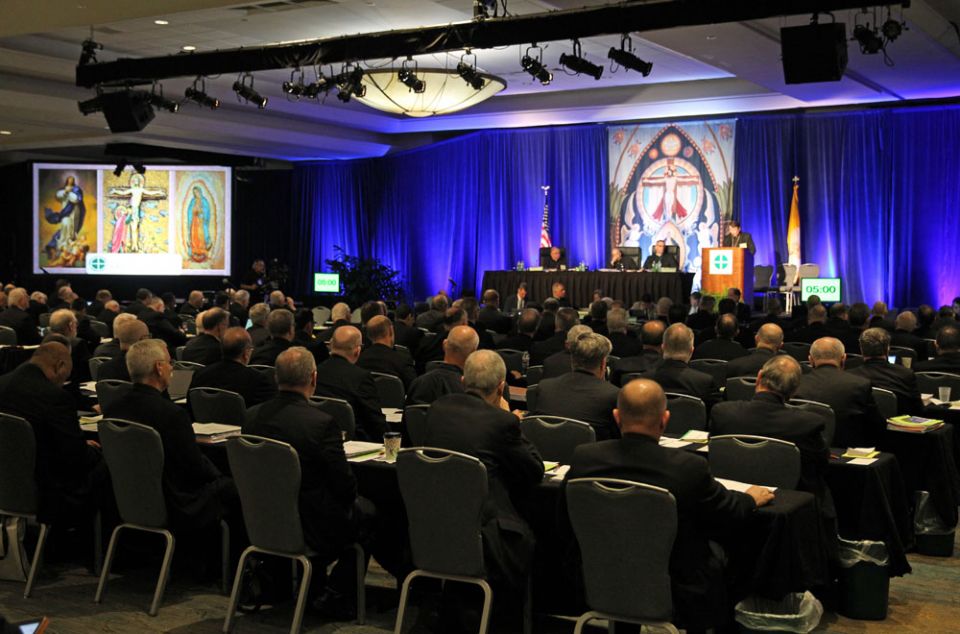 On the first Sunday of Lent several years ago, I stood in church next to my brother, a father of four young children, forced to listen to a letter from the local bishop, "to be read at all the Masses." The letter briefly and coldly apologized for recently revealed sexual abuse of children in the diocese by a good number of priests and apologized to those who may have been harmed. Then the letter moved immediately to the bishop's instruction that we all take the opportunity of Lent to forgive and move on.

Those feelings have swept over me again in recent weeks following the revelations about former Cardinal Theodore McCarrick and the Pennsylvania grand jury report.

Some leading Catholics, including theologians, have called on the U.S. Catholic bishops to "prayerfully and genuinely consider submitting to Pope Francis their collective resignation as a public act of repentance and lamentation before God and God's People." They call the bishops to a "willing abdication of earthly status … a public act of penance and sorrow, absent of which no genuine process of healing and reform can begin."

Having the entire U.S. episcopate resign may not be a practical suggestion, but the idea of a mass resignation captures the imaginations of many, many Catholics because of it would be such a powerful symbol of penance.

What then, short of mass resignations, could serve as an equally powerful symbol? Try the following as a thought experiment.

Instead of offering their resignations, another mode of "willing abdication of earthly status" would be for the bishops to take leave of their dioceses for a period of not less than six months. Shedding off clerics, rings and pectoral crosses, each would move to another part of the country where he is not known. There he would live as an anonymous monk in the world, renting a down-market studio (not a one-bedroom) and seeking employment at the bottom rung of the economic ladder, such as in retail sales or fast food. Those under 65 would be expected work 40 hours a week, if they can cobble together the shifts. Those between 65 and 70 could aim for 25 hours. Those over 70 should aim for at least 20 hours a week of volunteer work — but not in Catholic agencies unless their anonymity is guaranteed. During these six months, the bishops would not celebrate the Eucharist, or administer any sacraments, except in an emergency. Instead they would go to Mass in the local parish church.

This experiment should not involve any kind of deceit, so the bishops would use their own names, IDs and Social Security numbers as needed. Perhaps choosing to go by a family nickname or middle name during these six months might help a bishop preserve temporary anonymity, if his given name is too well-known.

During this time, the bishops would live simply, on a modest stipend. They would procure their own food and meals, do their own laundry and cleaning. If based in a city, they would use public transportation, despite the inconveniences. If located in a rural area, they could "rent-a-wreck" car. TV in the studio apartment would be fine, but basic cable only. Keeping a smart cellphone would be allowed, but the bishops would be asked to leave laptops and tablets behind, relying instead on public libraries for their computer and internet needs. Before leaving for this time away, they would ask families and friends not to contact them except for emergencies — or delightful news like the birth of a new child.

Bishops would be asked to refrain from accepting any invitations or hospitality from others. Nor should a bishop invite any guest to his studio apartment, conceiving of that space as his simple "cell," during his sojourn as an anonymous monk in the world. Of course, he could invite co-workers and neighbors for a cup of coffee or lunch, but those gatherings would take place in public spaces — and he would take care that no one picked up his tab.

During his absence, diocesan staff would administer the diocese without consulting the bishop, either making the best decisions possible or refraining from action until the six months were over. Perhaps this would be a wonderful time for the bishop to delegate specific responsibilities to qualified diocesan lay administrators, thus strengthening the role of laity in the church.

One central element of this six-month experiment would be regular reflection, every two weeks, with a spiritual guide who ought to be trained in spiritual direction, but lay — preferably a lay Catholic parent or a Catholic woman religious who is "lay," as opposed to "clerical" in the eyes of the church. The guide would know the purpose of this interlude and the bishop's identity.

And what would be the purpose of this experiment? A main hope would be that this time might, God-willing, enable the bishop immersion in personal and spiritual renewal of his priestly and episcopal formation for mission.

This six-month immersion without ecclesiastical status, among ordinary folks who struggle, who are not part of various elites, and who hold beliefs and opinions that differ greatly from the bishop's, could be a precious opportunity to recover an urgent and deeper sense of God both acting in and absent from a world of persons and a world of needs. It may be salutary to spend six months "in the lowest place" at the table of daily life, whether listening to the worries of a co-worker who has a sick child and no health insurance; getting in trouble with the boss when the bus or subway was delayed again; or dealing with backed-up plumbing when the apartment manager does not answer the phone.

There would be time for prayer, for listening, for reflection, and maybe for starting anew. The time in anonymity would require a frugal, budget-minded simplicity of lifestyle — but not severe austerity or deprivation, not conditions that would harm health, like no heat or air conditioning when needed. The purpose would not be humiliation, but restoration.

Perhaps the bishop might hear some honest commentary about the church. Perhaps six months in the pews of the local parish might give the bishop new insight into whether the parish and liturgy are connected with or disconnected from the lives of those who continue to show up.

Perhaps Catholics who have been thrown off their foundations by unending and deeply disturbing revelations of abuse of children and young adults and complicit cover-up over decades would be willing to see in this public penance of their bishops their genuine desire to reform and rebuild the Church of Christ. Perhaps, by God's grace, the hearts of the faithful might begin to soften? Maybe they would understand the communal penance of their bishops as a form of restorative justice?

If the bishops ever hope to speak with moral authority again, why not begin by entering a time of silent, anonymous and collective public penance?

[Marilyn McMorrow, a Religious of the Sacred Heart of Jesus, has taught since 1992 at Georgetown University in the Government Department and School of Foreign Service.]