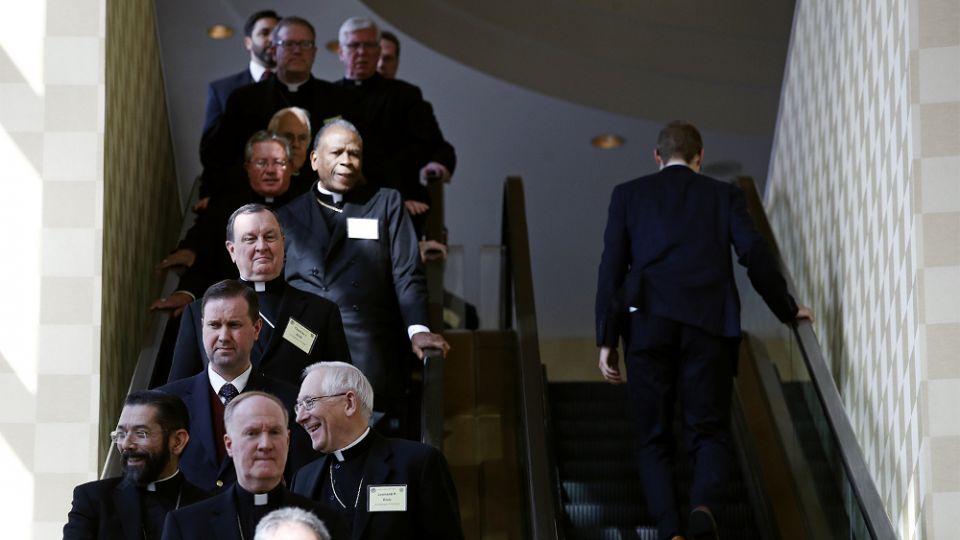 Members of the the U.S. Conference of Catholic Bishops ride an escalator during a break in sessions at the USCCB's annual fall meeting in Baltimore, on Nov. 13, 2017. (AP/Patrick Semansky)

Awful, disgusting, horrifying, sickening — one runs out of adjectives in describing the actions of abusive priests chronicled in the just-released Pennsylvania grand jury report.

The report lists more than 300 priests accused of abuse in six of the state's eight dioceses. If accused priests from the other two dioceses, dealt with by earlier grand juries, are added, it amounts to about 8 percent of the 5,000 priests who served in Pennsylvania during the 70-year period covered by the report.

The abuse of even one child is terrible, but that more than 1,000 children were abused in that timespan is appalling. Undoubtedly, there are more who have not yet come forward, and hopefully this report will encourage them to do so.

Just as disconcerting is the failure of many bishops in the early days of the crisis to respond appropriately to the abuse. The best you can say about them is that they should have known better.

Why did they not do better?

First, the bishops still lived in a clerical culture where priests looked out for one another as "brothers" in the priesthood. Like bad cops, they didn’t blow the whistle on each other. Some bishops didn't want to hear or look into the accusations. Clericalism blinded them to their responsibility to the children.

Second, the bishops were told by their lawyers and insurance companies not to meet with the victims or their families. They heard the excuses of their priests but not the agonizing pain of the victims, a terrible failure. Every bishop should set aside at least a day a month to listen to any survivor who wants to meet with him.

Third, at least as late as 1992, the bishops were told by psychologists that some priests were safe to return to ministry after treatment. It was not until 2002 that the bishops adopted a zero-tolerance policy for the United States, under which even one act of abuse permanently bans a man from ministry. In the late 1980s, according to the John Jay study of clerical abuse, the number of abuse cases began to decline because smart bishops started removing bad priests.

It is noteworthy that only two of the 300-plus priests identified by the grand jury were involved in abuse in the last 10 years, and these had been reported by their dioceses.

Fourth, the bishops initially kept the abuse secret because they did not want to scandalize the faithful. They also wanted to protect the dioceses’ assets from lawsuits.

As a result, each victim thought they were unique, and even the bishops did not know the monumental scale of the problem until the flood of victims came forward after the exposé by The Boston Globe.

Finally, in the early days of abuse, untrained priests were investigating and making recommendations on the handling of abusive priests. Only in 2002 did the bishops agree to have advisory boards that included lay people to review the accusations.

Explaining how this horror came to pass doesn't change the fact that the Pennsylvania grand jury report is another devastating blow to the U.S. Catholic Church.

This is not to say everything in the 1,300-page report is uncontestable. Although false accusations are rare, they can happen. The report should be read with a critical eye like any other government report. One also needs to allow those attacked in the report a chance to respond.

Among those is Cardinal Donald Wuerl, now the archbishop of Washington, D.C., who is criticized in the Pennsylvania report for his actions when he was bishop of Pittsburgh.

We need to remember that in 1993, Wuerl tried to remove Anthony Cipolla, a Pittsburgh priest, from ministry but was told to return him to ministry by the cardinals on the Supreme Tribunal of the Apostolic Signatura in Rome, the church's supreme court. Wuerl refused. He appealed the decision, went to Rome and persuaded the Signatura to reverse itself. That does not sound like a bishop who was ignoring his responsibility to protect children. 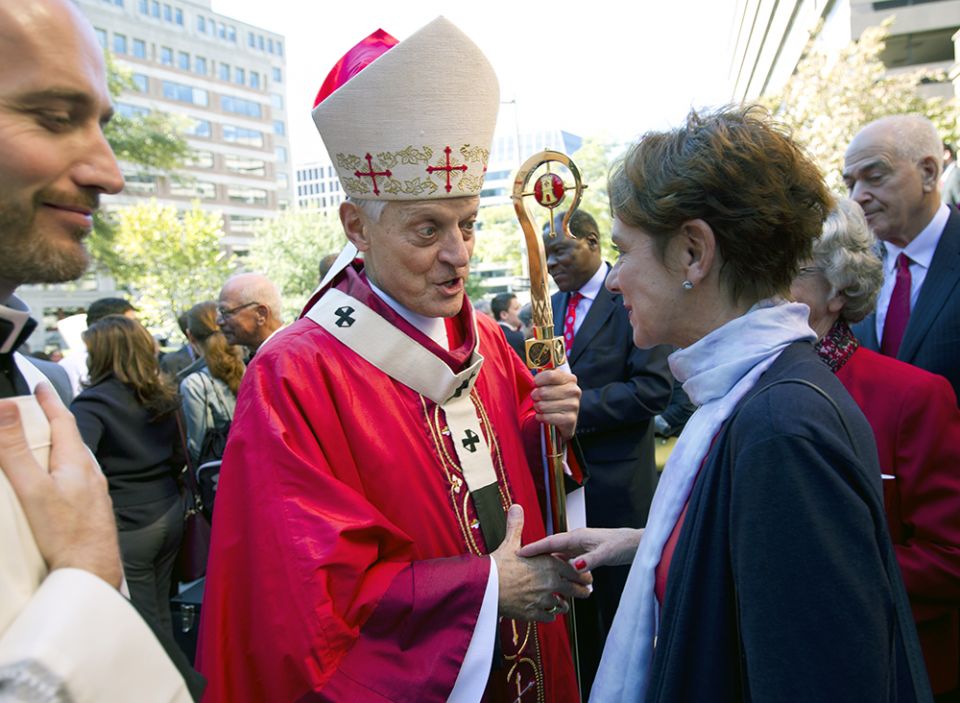 The grand jury proposes four reforms in its report: eliminating the criminal statute of limitations for future cases of the sexual abuse of children; opening up the dioceses to civil suits from victims who are now excluded because of the civil statute of limitations; clarifying the penalties for continuing to fail to report child abuse; and disallowing civil confidentiality agreements from covering communications with law enforcement.

Of the four reforms, only one, opening up dioceses to more civil suits, is controversial. The victims clearly deserve justice and help. But so too do the victims of abuse in other situations — from teachers and coaches in public schools, from employees of athletic and child care organizations, from scoutmasters in the Boy Scouts and Girl Scouts and from ministers in other churches. If the civil statute of limitations is waived for the Catholic Church, it should be waived for all public and private organizations.

The truth is that civil suits, especially punitive damages, are a blunt instrument for punishing nonprofits. If an employee of a profit-making corporation injures someone, a financial penalty makes sense because the owners of the corporation are making money and have a responsibility to supervise their employees. If they don’t, they should suffer financially.

But no one owns a nonprofit corporation. You do not punish a bishop by taking money from his diocese, especially if he's retired or dead. The people punished are the laity who donated the money and the people on whom it would have been spent — parishioners, schoolchildren, the poor and the clergy. Of these, only the clergy might be considered liable, and most of them had nothing to do with the decisions made by the bishop. It would be better to put the bishop in jail.

Judging by what happened in other states, there is a good possibility that opening up dioceses to unlimited suits could lead to some Pennsylvania dioceses going bankrupt. Suits also take years, and legal fees burn up a lot of money, which does not benefit victims.

The Pennsylvania bishops and the state Legislature might consider an alternative. The bishops and the legislators might negotiate an amount that is just but reasonable for dioceses to pony up. This pool of money would be turned over to the state.

The attorney general could then devise an appropriate way of dividing the money among the victims. Since civil suits can go on for years and lawyers get 40 percent of the awards, a nonadversarial approach would benefit the victims by eliminating the need for attorneys.

In any case, the grand jury report is a wake-up call for bishops who thought that the past could be forgotten as long as they did the right thing in the future. It also becomes a precedent for other state attorneys general and grand juries. The bishops would do well to issue their own reports before the other states do. People will not be satisfied until a complete accounting has been given in every diocese.

The church tells people that confession is good for the soul. It needs to practice what it preaches. If it wants forgiveness, it must confess its sins, have deep sorrow for these sins, do penance and amend its ways.