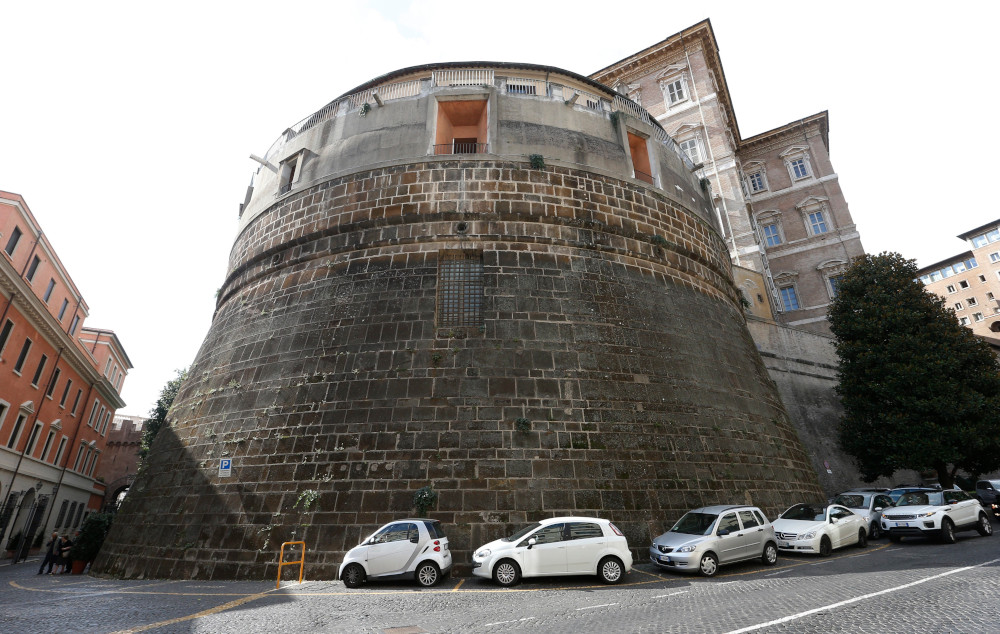 The tower of the Institute for the Works of Religion, often referred to as the Vatican bank, is pictured in this 2019 photo file photo. (CNS/Paul Haring)

Australia's financial crime watchdog agency said it over-estimated by the equivalent of more than U.S. $1.5 billion the amount of money transferred from the Vatican to Australia between 2014 and 2020.

In a statement Jan. 13, the Vatican said discovery of the "considerable discrepancy" was the result of collaboration between the Australian Transaction Reports and Analysis Centre (AUSTRAC) and the Vatican Supervisory and Financial Information Authority, the financial crimes watchdog agencies of Australia and the Vatican, respectively.

In December, AUSTRAC had reported that $2.3 billion Australian dollars (U.S. $1.8 billion) in Vatican funds had been transferred to Australia from the Vatican between 2014 and 2020.

Catholic officials in Australia and at the Vatican had said the sum was implausible, mainly because the Vatican does not have that kind of money.

AUSTRAC's December report came in response to a request from Australian Sen. Concetta Fierravanti-Wells seeking information about possible money laundering and allegations that funds were transferred from the Vatican to Australia to adversely affect the trial of Cardinal George Pell on charges of sexual abuse; he later was cleared by a unanimous decision of the High Court.

The Australian reported that AUSTRAC initially believed the AU$2.3 billion was transferred in more than 40,000 transactions between 2014 and 2020, but its amended January report said there were only 362 transfers from the Vatican to Australia during that time, with a total value of AU$9.5 million.

In its statement Jan. 13, the Vatican said the AU$9.5 million figure "is attributable, among other things, to contractual obligations and the ordinary management of its resources," presumably including the running and staffing of the Vatican nunciature.

However, the Australian reported, AUSTRAC is continuing to work with the Vatican Supervisory and Financial Information Authority to investigate some of the transfers for possible connections to fraud or money laundering.

"The focus for the Australian Federal Police and the Vatican's financial unit are four transfers to Australia from the Vatican," including two allegedly from Cardinal Angelo Becciu between 2017 and 2018, "totaling AU$2 million to a company in Melbourne," the newspaper reported.

In September, Pope Francis asked Becciu to resign. The cardinal was a key figure in the Vatican Secretariat of State's 2018 purchase of a majority stake in the Sloane Avenue property in London's Chelsea district, a property deal that incurred significant debts for the Vatican. The Vatican's investigation into the deal is ongoing.