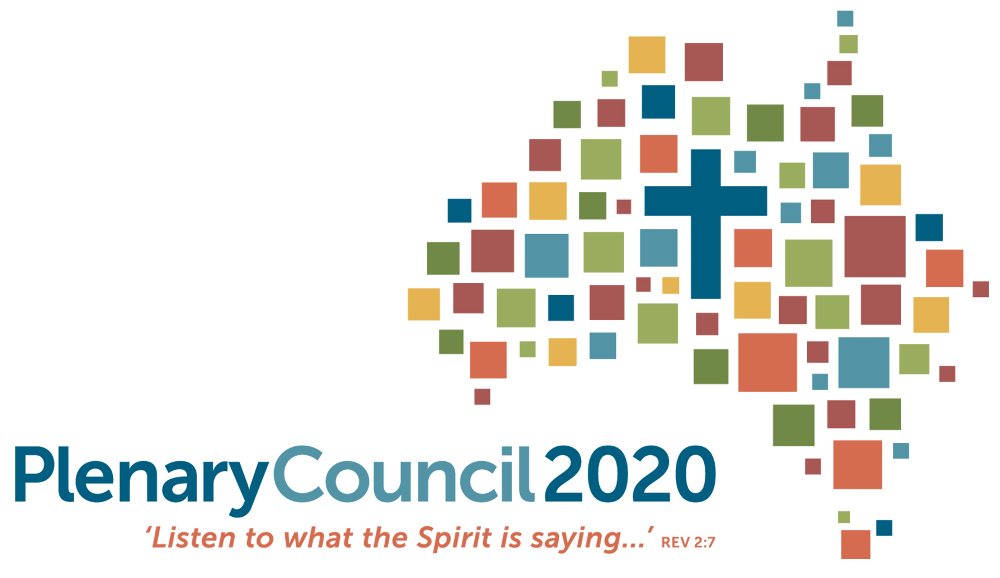 This is the official logo for PlenaryCouncil 2020, an Australian meeting in which decisions become binding on the church in the country. (CNS/courtesy Australian Catholic Bishops Conference)

Australian bishops expressed gratitude to Pope Francis for authorizing an Australian plenary council, a meeting in which decisions become binding on the church in the country.

Archbishop Mark Coleridge of Brisbane, chair of the Bishops Commission for the Plenary Council, asked people to "join in prayer as we embark on this journey together as God's people in Australia."

"We sincerely hope the preparation and celebration of the plenary council is a time when all parts of the church listen to and dialogue with one another as we explore together how we might answer the question: 'What do you think God is asking of us in Australia?' " he said in a statement.

The Australia bishops had asked that Perth Archbishop Timothy Costelloe serve as president of the council, and Pope Francis endorsed the nomination.

Costelloe said he was "committed to listening to the Spirit."

"I encourage all Catholics, whether devout or disillusioned, fervent or frustrated, to seize this opportunity to speak what is on their minds and in their hearts," he said.

On the council website, plenarycouncil.catholic.org.au, the bishops said it was time to look at where the church in Australia was headed and noted that Pope Francis had encouraged a church of dialogue.

"The Royal Commission Into Institutional Response to Child Sexual Abuse has been a significant and influential event that requires deep consideration and response," it added. In December, after five years of hearings, nearly 26,000 emails, and more than 42,000 phone calls from concerned Australians, the Royal Commission released its 17-volume final report. Among its 400 recommendations, 20 were aimed specifically at the Catholic Church.

The March 19 announcement also preceded the announcement of results of a monthlong hearing into whether Australian Cardinal George Pell, head of the Vatican's Secretariat for the Economy, would stand trial on decades-old charges of sexual abuse, which he consistently denied.

On the plenary council website, the bishops listed resources for people to begin getting involved in the process. It also listed the criteria, outlined in canon law, for picking delegates, including those who must be called and those who can be called.