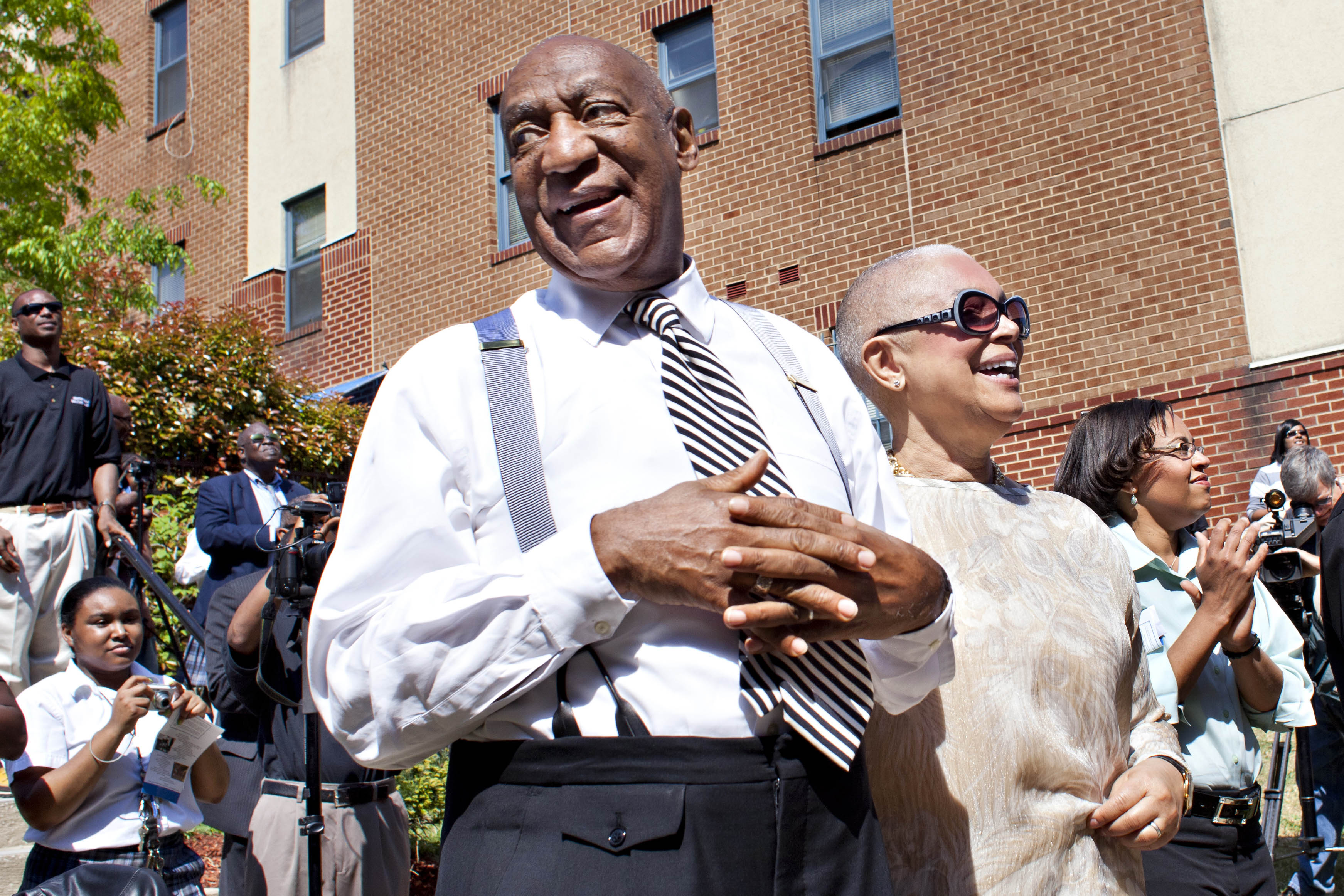 In this 2012 file photo, Bill and Camille Cosby are seen at the naming dedication of the "Drs. Camille and Bill Cosby Community Center" in Baltimore. (CNS/courtesy Catholic Review)

St. Frances Academy in Baltimore has removed the name of its "Drs. Camille and Bill Cosby Community Center" after Bill Cosby was convicted April 26 on three counts of aggravated indecent assault for drugging and sexually assaulting a woman. The letters on the building came down the same day.

"We removed the name immediately," Deacon B. Curtis Turner, principal, said. "We felt it was the right thing to do, given the conviction."

The decision came from conversations with the board of directors and the Oblate Sisters of Providence, who operate the school, Turner said.

The administrator noted that the Cosbys were originally honored in 2012 in recognition of the strong support of St. Frances Academy from Camille Cosby, who was educated by the Oblate Sisters at her parish elementary school in Washington. Her husband's name was added as a courtesy, Turner said.

According to a 2005 article in the Catholic Review, Camille Cosby donated $2 million to St. Frances Academy in 2005 and had made significant prior donations to the school. In making her $2 million gift, she called the school an outstanding institution that deserves more recognition. The money was used help establish 16 annual full-tuition scholarships.

"If we are looking for solutions to the failure of our schools to educate our children," she said in 2005, "we would be well served by studying and replicating what St. Frances Academy is doing."

Following revelations against Bill Cosby in 2015, St. Frances Academy decided to keep the name on the building. At that time, there were no criminal convictions against the much-loved comedian and actor.

Now that the name has been removed, there are no immediate plans to rename the building. Prior to being named in honor of the Cosbys, the structure was known as the St. Frances Community Center before its rededication in 2012, according to Turner. He said that removing the name has little impact on the school community, as the building was colloquially referred to by its original name, or simply "the new building" or "the gym."

Over the past 20 years, Cosby has made several visits to Catholic institutions in the Archdiocese of Baltimore. He attended the naming ceremony for the St. Frances building in 2012. Four years earlier, he gave an hourlong speech at St. Ambrose in Park Heights during a summer block party, emphasizing self improvement and community pride.

Turner said the news buzz on Cosby's conviction has not affected St. Frances Academy students more than any other story, as they are not as connected to the comedian and his well-loved series, "The Cosby Show," as those from previous generations.

Except for Jesus, Turner said, the only other person to "permeate the culture" of St. Frances Academy is the school's founder and the founder of the Oblate Sisters of Providence, Mother Mary Lange.