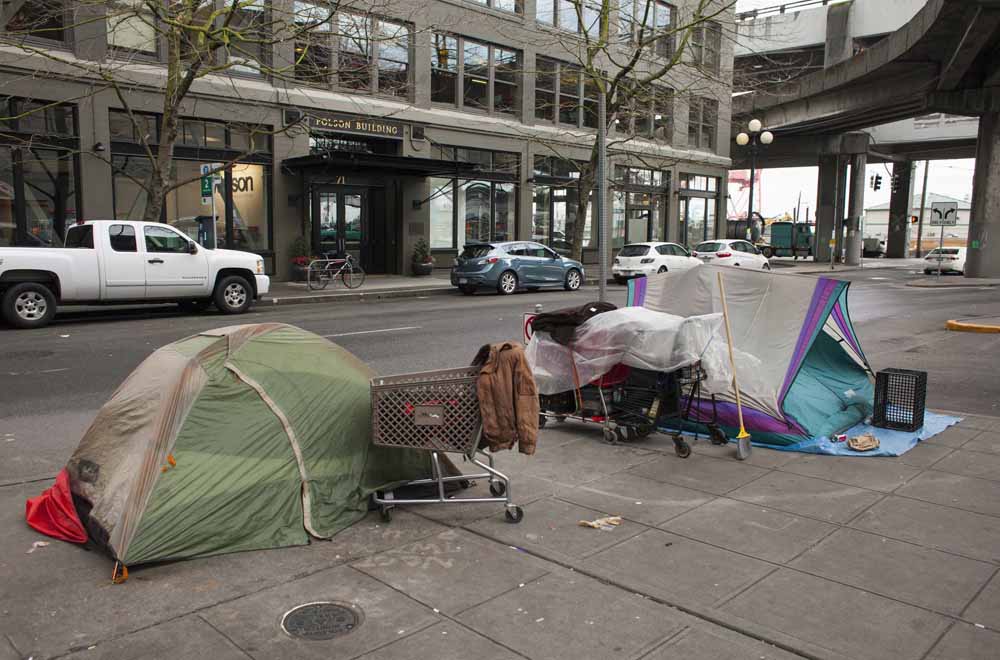 SEATTLE — Research by students from the Seattle University School of Law on homelessness has been made available to city leaders and activists, according to a May 7 press release by the university.

The research, which is part of the university's Homeless Rights Advocacy Project, critiques some of the laws related to homelessness. The students' research found legal problems with begging restrictions and that such regulations often create more problems than they solve. They also found that faith communities can be valuable partners in combating homelessness and that accessory dwellings, authorized encampments, and safe vehicle parking could offer solutions for those unable to afford regular housing arrangements.

The press release, along with each of the six student-produced reports, can be found on the law school's website.

NEW YORK — Fordham University's Francis and Ann Curran Center for American Catholic Studies has received an endowment from the trust of Catholic 20th-century fiction writer Flannery O'Connor, the university announced on its website May 15.

The $50,000 per year endowment "will allow the Curran Center to sponsor conferences, symposia, and other events that promote scholarship devoted to O’Connor and to Catholic writers who have left a mark on the American canon," the university said in its announcement.

O'Connor was born in Georgia in 1925 and became one of the best-known fiction writers of her generation, publishing two novels and many short stories. Diagnosed with lupus as a young woman, she died from complications related to the disease in 1964.

KANSAS CITY, MISSOURI — Rockhurst University and the Chillicothe Correctional Center have established a new partnership to bring educational opportunities to both inmates and staff of the women's prison.

"Funded by grants from The Raskob Foundation for Catholic Activities, The Laffey-McHugh Foundation, and J.E. Dunn Construction, weekly class sessions are scheduled to begin Wednesday, May 16," the university said in a May 15 press release.

Courses will be led by Rockhurst faculty and will count for college credit. The first course on offer is composition, and will be followed by courses in theology, math, history and communications.

PORTLAND, OREGON — Another Catholic university has been forced to announce its closure.

Marylhurst University announced that it planned to cease operations by the end of the year in a May 17 press release. The university sites declining enrollment as the main reason for its demise; about 2,000 students were enrolled 10 years ago, but that number had declined to under 750 this fall, the Oregonian reported.

The university says it is working with 81 students to help them attain their degrees by the end of the summer, and helping hundreds more transfer.

Ownership of the campus, which was gifted to the university by the Sisters of the Holy Names on the condition that the university remain open, will be returned to the sisters.

The university is opening the space in honor of late theology professor Fr. Joe DeFrancisco, known for his work in interfaith education, who died last year.

St. Ambrose senior Matt Mahoney told the radio station that he was inspired to work with the Saudi Student Association to make the prayer room a reality because of the concern DeFrancisco had that some students did not have adequate prayer spaces.

UNIVERSITY HEIGHTS, OHIO — A $10 million gift from the Boler family will be used to transform the Boler School of Business at John Carroll University into its own college, the Cleveland Plain Dealer reported May 15.

The gift will enable the university to establish "an accounting and information science school, as well as a school dedicated to leadership and social innovation through the new college," according to the Plain Dealer's report. The university also plans to hire a few new faculty.

The new funds may also be used for updating the new college's existing facilities and technology.