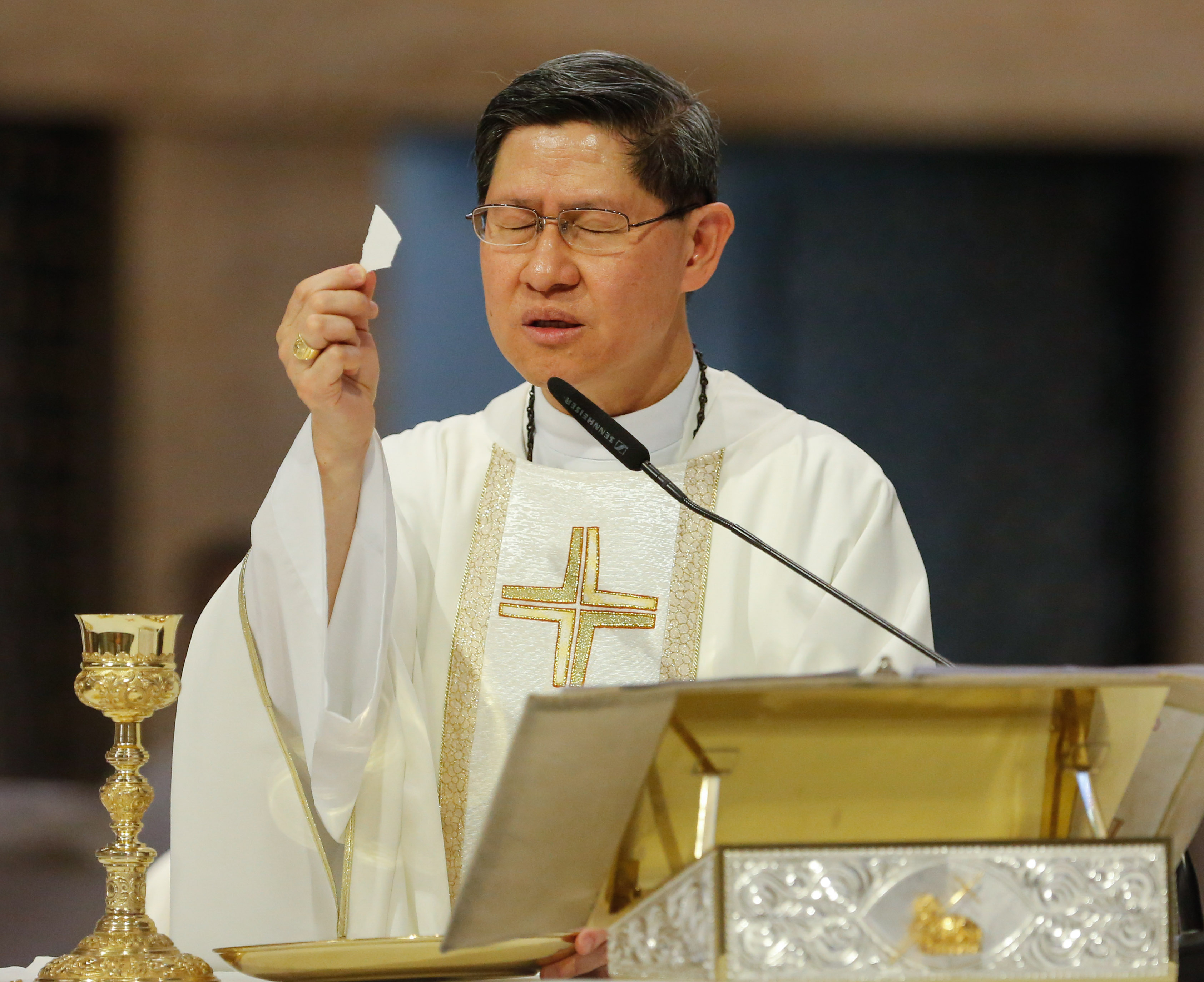 Addressing 8,000 participants July 22 during the last day of the Fifth Philippine Conference on New Evangelization, Tagle asked if people were happy with the deaths around them, ucanews.com reported.

In a prayer, the cardinal spoke to God about many innocent people dying.

"We want to believe that you do not rejoice in their death. But there are so many of them," he said.

Ucanews.com reported the cardinal's questions and plea came a day before the Philippine Catholic bishops issued a statement condemning the killings across the country.

Police have reported more than 23,000 killings over the past two years, which human rights groups said were likely linked to the government's crackdown on narcotics.

The cardinal also included in his prayer a 36-year-old migrant worker who was killed in Slovakia for defending two women from being attacked.

"Where do we see your face? Where do we hear your word? Some people are asking, where are you?" he asked.

Tagle urged conference participants to become "bread" for others amid the hunger in the world.

"Let us be bread, broken, shared for others so that we are all moved with compassion and can feed others," he said in his parting message at the Pontifical University of Santo Tomas in Manila.

"All that we have, all that we are, if taken, blessed and shared can become the bread of life for all," Tagle said.

Meanwhile, Catholic Church leaders and activist groups in the Philippines have condemned Rodrigo Duterte's record as president at the start of his third year in office. His human rights record in particular received most attention.

As if to spite his critics, Duterte, said in his July 23 State of the Nation address that his concern was not human rights but the lives of people.

"Your concern is human rights, mine is human lives," the president told critics of his war against narcotics.

"The lives of our youth are being wasted and families destroyed, and all because of chemicals called shabu, cocaine, cannabis and heroin," Duterte said in a 48-minute address.

The comments did not sit well with Bishop Pablo Virgilio David of Kalookan whose diocese in the northern part of the capital has witnessed seemingly endless killings.

"Such a statement implies that the victims of drug-related killings are not human," David wrote on social media hours after the president delivered his speech.

"Is not the right to life the most basic human right?" asked the bishop, who is vice president of the Philippines bishops' conference.

He wrote that the Catholic Church "can never agree" with the president's view and called Duterte's statement "illogical."

David said the government should instead focus its anti-narcotics war against big-time drug dealers, asking, "How come the supply of illegal drugs remains steady in spite of all the killings?"