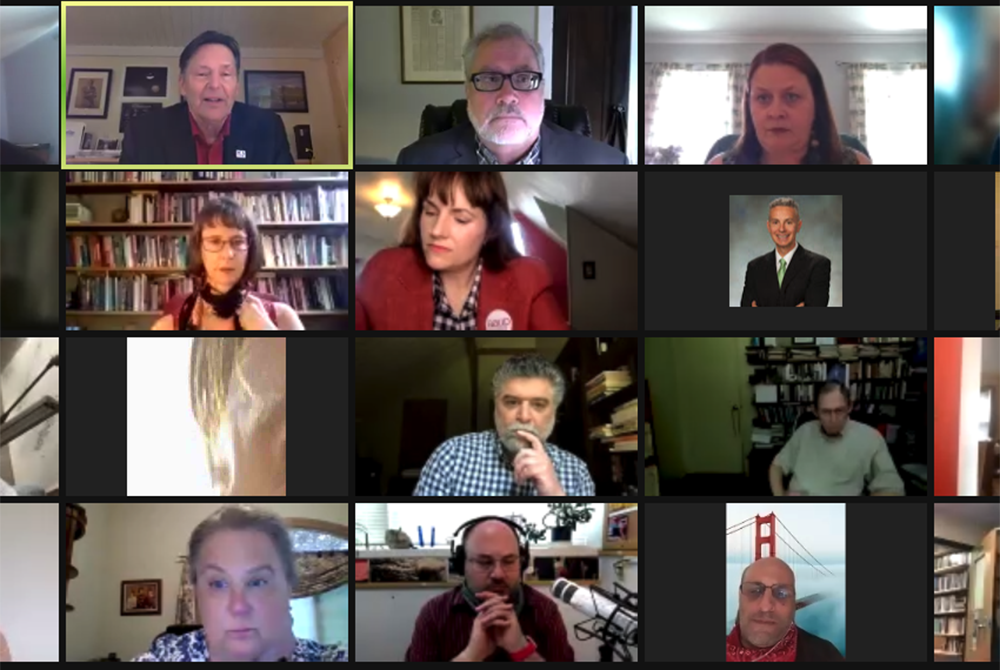 Administrators and boards of trustees at several Catholic colleges ignored faculty handbook provisions when they laid off dozens of professors this past year, the American Association of University Professors alleged in a new report released May 26.

The report follows the association's investigation into eight institutions, all of whom cut faculty and staff during the COVID-19 pandemic and two of which are Catholic: Canisius College in New York and Marian University in Wisconsin.

Though the report singles out Canisius and Marian, association representatives say the issue is widespread among small, private institutions that have struggled with the double-headed financial crises of declining enrollment and the COVID-19 pandemic.

"Higher education cannot function without us," said Tanya Loughead, Canisius professor and president of the college's AAUP chapter, at an online press conference held to accompany the report's release. 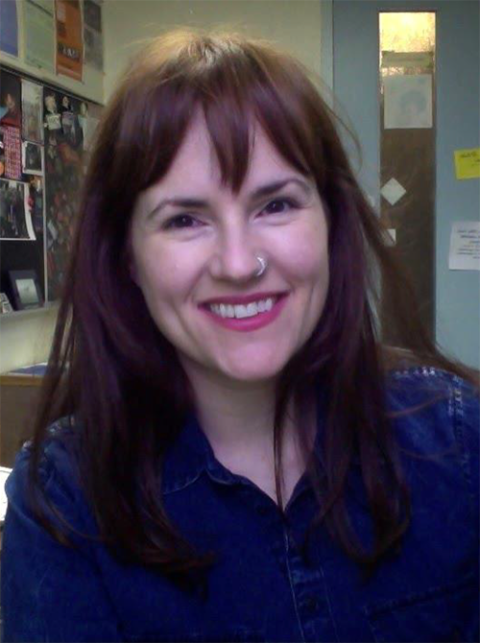 Tanya Loughead, a professor at Canisius College and president of the institution's chapter of the American Association of University Professors (Courtesy of AAUP)

"Too many faculty have embraced respectability politics. We feel a need to be polite, to be courteous, to ask nicely. The last thing we want to do is cause a scene. But our politeness and our courtesy have been met with heartless and callous decisions that are destroying lives and betraying the principles of good education," Loughead added.

The new report is one way Loughead and her former and current colleagues are fighting Canisius' decision last July to lay off 22 faculty members, most of whom were tenured, when the board approved the discontinuation of nine academic programs. The AAUP launched its investigation after some of the terminated faculty sought the association's assistance. There is also an ongoing lawsuit that four former faculty filed against Canisius President John Hurley and the college's board of trustees.

The COVID-19 pandemic has been a "watershed" moment for shared governance violations, the report said. "These past 12 to 14 months have been truly unique over the last 50 years, in terms of how widespread these violations, or basic principles of academic governance, have been," said Michael DeCesare, Merrimack College professor and co-chair of the AAUP's COVID-19 investigating committee, at the May 26 press conference.

Shared governance refers to the process by which various constituents contribute to decision-making at colleges and universities; it has traditionally emphasized faculty involvement in making personnel and budget decisions.

Mary Rose Kubal, a professor at St. Bonaventure University and president of the New York State Conference of the AAUP, said at the conference that shared governance is "a recognition that the faculty, administrations and governing boards at colleges and universities have distinct, yet interdependent roles on our campuses."

Before the pandemic, many small Catholic colleges were observing declines in enrollment, the primary source of revenue for many. Then the pandemic caused another enrollment dip and other financial strains.

Citing a need to balance budgets, other Catholic institutions announced cuts this past year. The list includes D'Youville College in New York, John Carroll University in Ohio and Marquette University in Milwaukee. Though the AAUP didn't formally investigate Marquette, the university is mentioned in the report's concluding section and is alleged to have also violated shared governance tenets. The report also mentioned St. Leo University in Florida, whose board voted last fall to no longer recognize the faculty union there.

An official at Marquette contested the association's findings regarding that university, calling the numbers cited by the AAUP as "not accurate."

"The university initiated a workstream process in Fall 2020 with more than 100 faculty and staff to address university spending, structure and revenue generation," spokesperson Lynn Griffith told NCR. "Through this inclusive process, Marquette was able to limit workforce reductions to 39 staff members, with no reduction in tenured and tenure-track faculty."

Mary McCoy, a spokesperson at St. Leo, said that university is currently "working with our faculty to construct a shared governance model that bolsters unity and generates new opportunities to amplify voices."

To the AAUP, there were clear-cut examples of shared governance violations at Canisius and Marian. When Canisius identified a $20 million budget deficit last June, it convened a working group of senior leadership and faculty members to study the financial gap and develop strategies to address it, the report said. 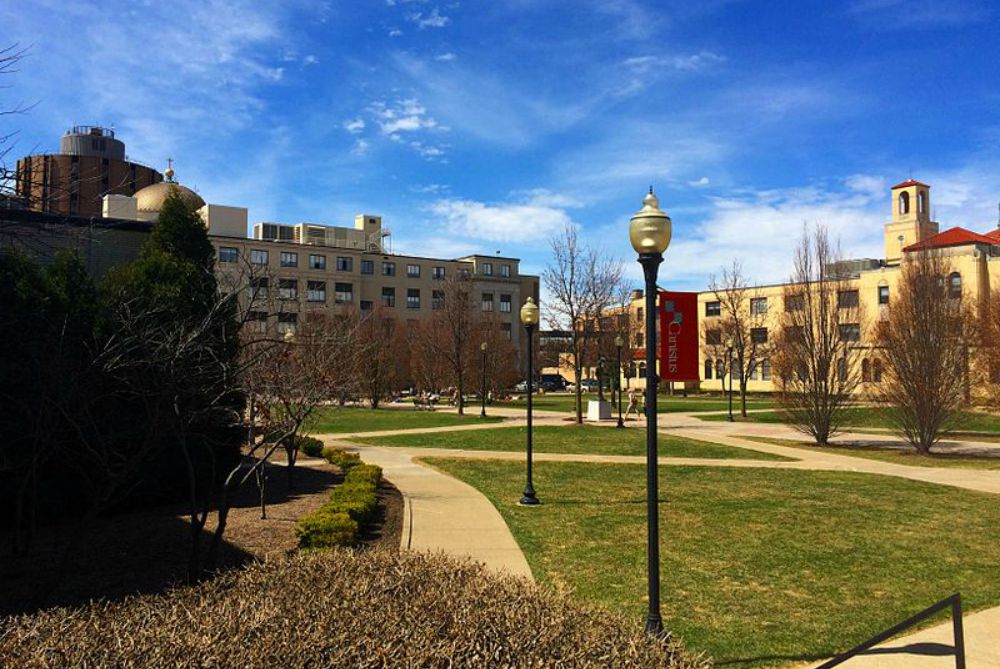 Working group members were required to keep information confidential, the report said. "As a result, the faculty did not have the information or opportunity to assess fully the twin claims that Canisius faced a massive budget shortfall and that this shortfall could be resolved only by discontinuing programs and terminating tenured faculty appointments," the report stated.

On July 17 and 18, 2020, the 22 faculty members learned of their terminations, the report said. A few days later, Canisius' vice president for academic affairs presented a plan of the terminations to the Committee on Faculty Status for approval, as required by the faculty handbook. However, the committee didn't approve the plan because it lacked, " 'compelling budgetary reasons' for the terminations and the administration had not provided the faculty senate with the required financial information," the report stated.

Canisius did not immediately respond to a request for comment, but it did respond to a draft version of the report that the AAUP sent the college in April. The report includes that response.

Canisius' administration told the report authors: "Canisius denies generally the truth of the factual allegations made in the report (many of which appear to be the result of no real investigation and are, therefore, just wrong) and the conclusions drawn by the AAUP." The college said it gave the AAUP over 50 pages of materials, and alleged that some of those materials would have refuted the association's findings. 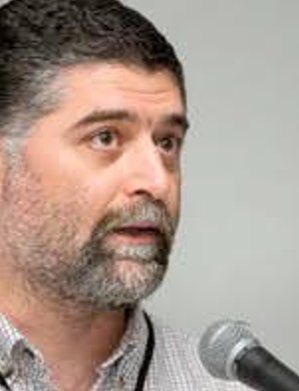 Michael DeCesare, a professor at Merrimack College and co-chair of the AAUP's COVID-19 investigating committee (Courtesy of AAUP)

At Marian, president Michelle Majewski declared an "enrollment emergency" at a May 27, 2020, board meeting, garnering the board's approval for university leadership to cut the nine academic programs and nine faculty, the report said. Administrators said the decision was based on enrollment of certain programs, but university faculty never received specific data, the report said.

In a June 3, 2020, town hall with faculty, an administrator allegedly said, "Under other circumstances, the opportunity to involve faculty, of course, is the preferred path, but these are not normal circumstances," according to an account of the meeting obtained by the AAUP.

The association said Marian violated provisions of the university's faculty handbook, but the university disagrees. Majewski said in a statement to NCR: "We stand behind the use of our appropriate procedures in reaching the decision that we did, as our actions complied with the faculty handbook and all applicable Wisconsin employment laws."

Overall, the AAUP doesn't dispute the fact that Canisius, Marian and other colleges faced significant financial difficulty this past year.

With that in mind, DeCesare, the Merrimack professor, said at the press conference: "They [violations] have always been with us, but I expect them to sharply decline once the crisis caused by the pandemic has passed."

[Liam Adams is a Denver-based freelance reporter writing about religion. His work has also been featured in The Chronicle of Higher Education, Religion News Service, Sojourners, Baptist News Global and Christianity Today.]