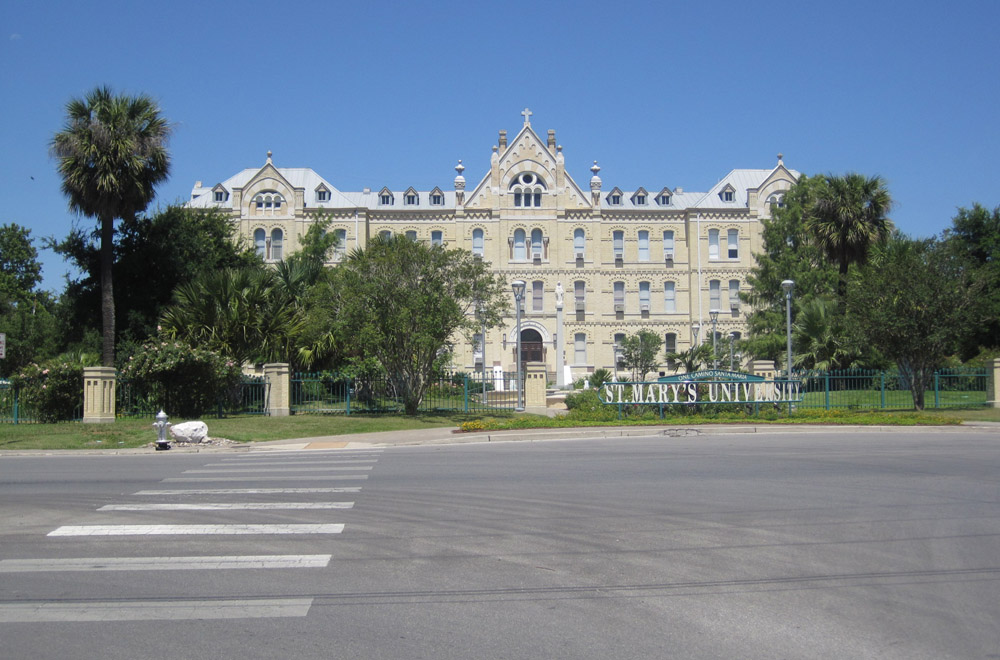 After the release of the Pennsylvania grand jury report last summer, Thomas Mengler, president of St. Mary's University in San Antonio, Texas, sat down and wrote his archbishop a letter, in effect saying, "You need to get ahead of this."

Mengler recommended a lay commission to audit the archdiocese's efforts addressing the issue and to suggest ways to improve. This would be separate and in addition to the archdiocesan review board that evaluates individual allegations — and this new commission's members would not be appointed by the archbishop.

San Antonio Archbishop Gustavo García-Siller listened. A well-respected retired appeals court chief justice, Catherine Stone (herself a survivor of sexual abuse, though not by a clergy member), was tapped to head the commission, which issued its report on Jan. 31, the same day the Texas bishops released names of priests accused of sexual abuse.

Six of the seven members of that commission were affiliated in some way with St. Mary's University; five were alumni, including Stone, whose law degree is from the Marianist school. The commission is one example of how Catholic colleges and universities are stepping up to the plate to assist the church with the crisis of sexual abuse and cover-up.

"I think Catholic universities have a responsibility to help the church," Mengler said. Mengler told the story of the commission as part of a workshop — ominously titled "Multiple Paths of Securing Money in a Hostile Environment" — as part of the annual meeting Feb. 2-4 of the Association of Catholic Colleges and Universities in Washington, D.C.

He admitted the recent explosion of attention to the sex abuse crisis is part of the "hostile environment" Catholic schools face today. That's on top of challenges about the affordability, relevance and even necessity of higher education in general, and liberal arts and/or religiously-affiliated institutions specifically.

The meeting addressed those issues in sessions such as "Crafting a Compelling Narrative for Catholic Higher Education" and "Making Difficult Business Decisions Without Abandoning Your Catholic Mission." Speakers highlighted high graduation and retention rates and lower student debt at Catholic schools.

But the sex abuse crisis was "definitely" on the minds of the college and universities presidents and other administrators at the meeting, said Francesco Cesareo, president of Assumption College in Worcester, Massachusetts, and current chair of the U.S. bishops' National Review Board. 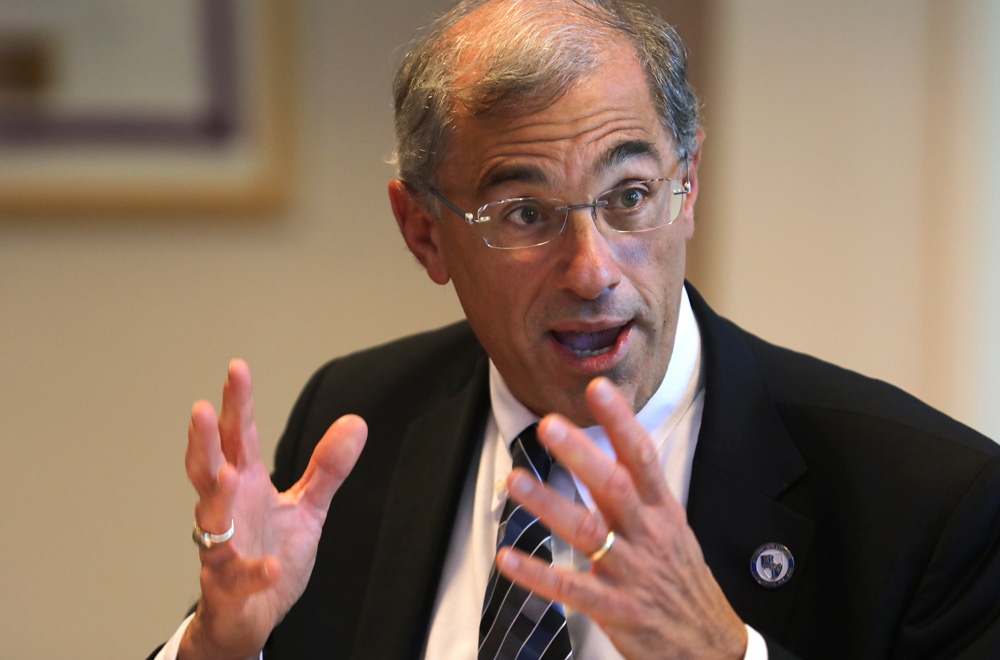 Francesco Cesareo, chairman of the National Review Board and president of Assumption College in Worcester, Massachusetts, speaks Oct. 12, 2018, in Washington. (CNS/Bob Roller)

They are justifiably concerned about how the crisis might negatively impact their institutions, Cesareo told NCR, although no data yet shows any decrease in enrollment, applications or fundraising at Catholic colleges and universities.

Administrators are also thinking about how they can help their communities — especially students — to understand and navigate the explosion of news in the past months, by pointing out the progress the church has made since 2002, while still "recognizing the failure of leadership," he said.

Students are asking questions about accountability and transparency, often around issues of buildings or statues of now-disgraced clergy, said ACCU president Michael Galligan-Stierle. In those instances, schools "have acted quickly and made changes," he said.

In its own statements since last summer, the Association of Catholic Colleges and Universities expressed a "deep sense of betrayal" and its commitment to stand "in solidarity with the thousands of victims and acknowledge with them the irreparable nature of the harm done."

A Nov. 9, 2018, letter to U.S. bishops' conference president Cardinal Daniel DiNardo signed by more than 100 ACCU member presidents of Catholic colleges and universities, also acknowledged that "This Church crisis is likely to send damaging waves across Catholic higher education for years to come, as a shadow extends over our collective reputation."

In the workshop on today's "hostile environment," Seton Hill University president Mary Finger said the specter of sexual abuse "permeates conversations" — whether parents concerned about their young adult children's safety or potential donors wondering how the crisis will affect the school's viability.

No donor has said, "I'm not going to give you money because of this," Finger said, but the crisis does make fundraising more difficult, as it raises questions about a school's future.

"It's another level of, 'Are you going to survive?' " Finger said, adding that she recommends being "as straightforward and honest as we can."

"This is about building trust," she said.

ACCU statements have called upon the bishops to implement reforms that include independent oversight and the expertise of laity, especially women. Its members have offered their expertise in service to the church.

Cesareo said college and university leaders want to "be a part of the solution" by assisting current church leaders and preparing their students to assume important leadership roles in the church.

With resources, competencies and expertise in the areas of psychology, criminal justice and law, social work and other areas, Catholic colleges and universities could "be of service to both the local church or bishops, and more broadly to the church in the United States, in addressing the situation," Cesareo said.

Local bishops' responsiveness may vary, he said, "but as leaders of these institutions, we have to make the offer and hope they take us up on it."