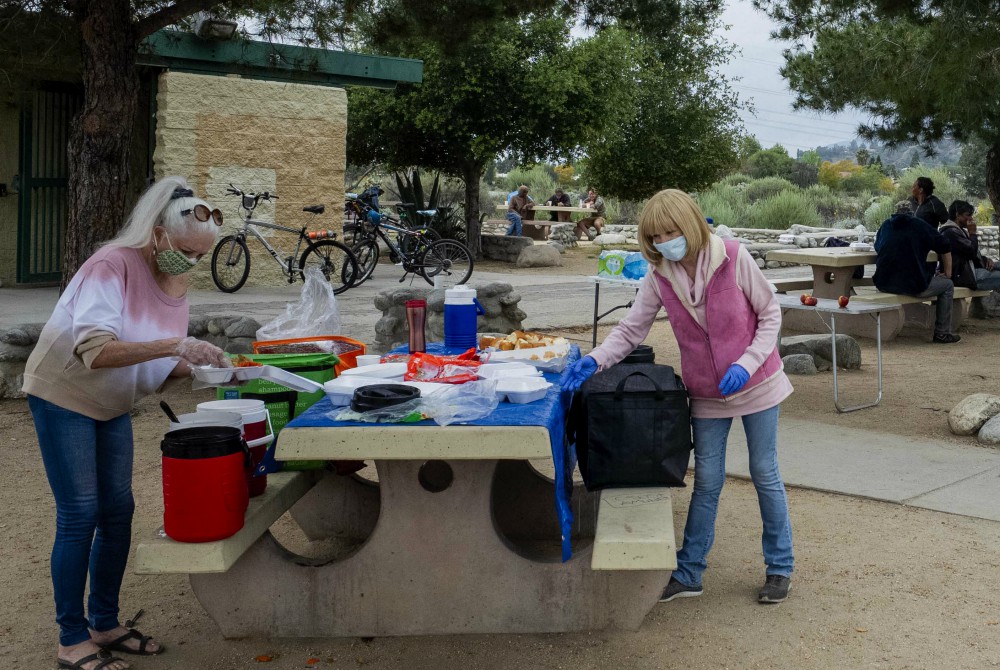 Last year, 35-year-old Marion Reichel found himself homeless in his native New York City for one month, when the death of his mother led him to alcohol abuse. As coronavirus swept through the city this spring, Reichel lost his main work in construction.

Hungry Monk has grown exponentially this spring as food insecurity skyrocketed, with 37% of food banks closing in New York City since the pandemic hit this spring.

The coronavirus pandemic has exacerbated food insecurity across the U.S. as historic unemployment rates continue to overwhelm people in need. Catholic ministries have stepped in to expand and create new ways to distribute food. 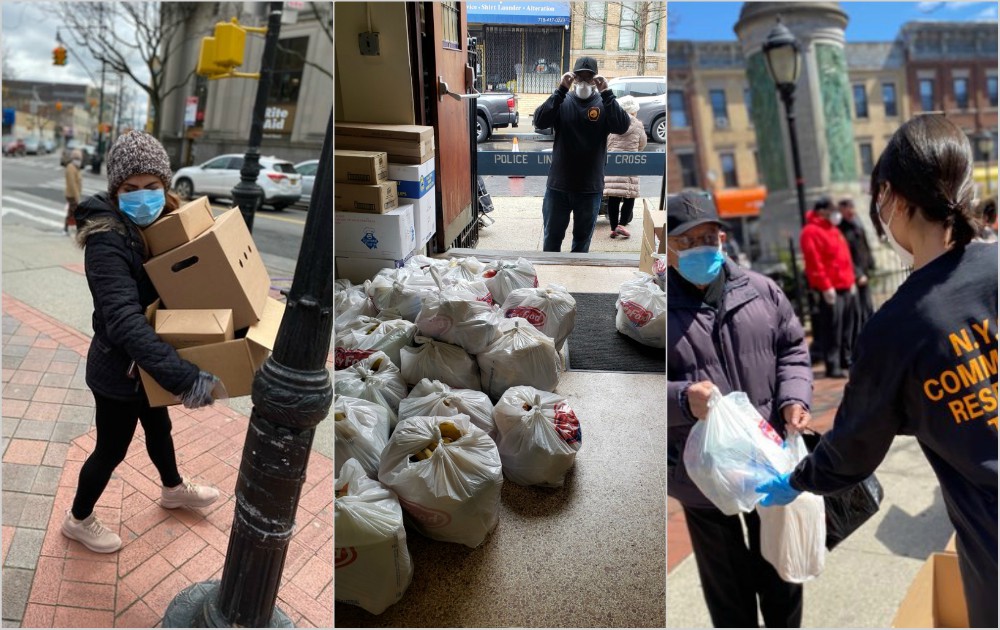 Hungry Monk, founded two years ago, has grown from serving 200 people a week to 2,000 during the pandemic. The team of about 30 volunteers, including several men who have been homeless themselves, works Monday through Saturday about 12 hours per day. Their ministry includes sorting food donations, rescuing food from restaurants and grocery stores, and distributing foods with their food truck and pantry, as well as to churches and other organizations.

Fr. Mike Lopez started Hungry Monk as a secular ministry supported by parishioners at All Saints as a way to accompany people in their neighborhood.

"Initially when we started Hungry Monk, we took hot meals out to people who are homeless and day laborers," Lopez said. "And then something we noticed is that we'd see families coming and asking if they could have a hot meal. We did more research into food insecurity and found that there were a lot of working families that are food insecure, so we started to create a mobile food pantry."

Since the pandemic hit, Lopez said Hungry Monk has distributed food to more than 10,000 unique families. 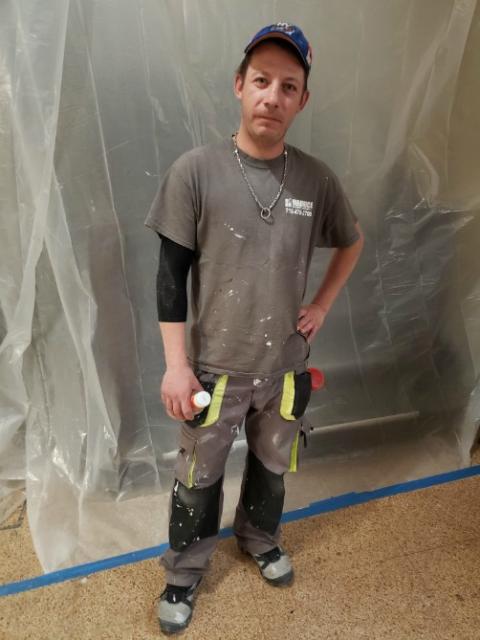 In addition to their food service, All Saints ministry directly collaborates with people like Reichel who need a place to live temporarily and are eager to work. The parish has about 120 families, and the community rents space in Ridgewood's Covenant Lutheran Church.

Last year, the parish facilitated the renovation of the basement of Covenant Lutheran into a space with 40 beds where men, including Reichel, who have experienced homelessness, can stay. Renovation was completed by four of the men who live there.

Hungry Monk volunteer Gillian Navarro said working with a diverse community has made the experience all the more fulfilling.

"Those are some of the hardest workers I've seen in my life," Navarro said. "I was always a little wary of helping homeless people because of being a young female — and Father Mike said, 'They are people. Just go up to them and ask them their name and learn their stories.' And they are amazing human beings. They're just down on their luck."

In California, Passionist retreat center Mater Dolorosa, an 88-acre estate in the foothills of the San Gabriel mountains, normally hosts 11,500 visitors per year. When coronavirus locked down the state, staff got creative.

"We thought, what can we do? We've got a commercial grade kitchen here and usually do 40,000 meals per year — so I thought maybe there's a need for food [distribution] in this situation," said director Michael Cunningham, who is a secular Franciscan.

Cunningham spoke with local municipalities and learned that a nearby senior center wasn't able to get food. Within a week, Mater Dolorosa's kitchen staff, who now live at the retreat center during the week, prepared the first delivery of 125 meals. 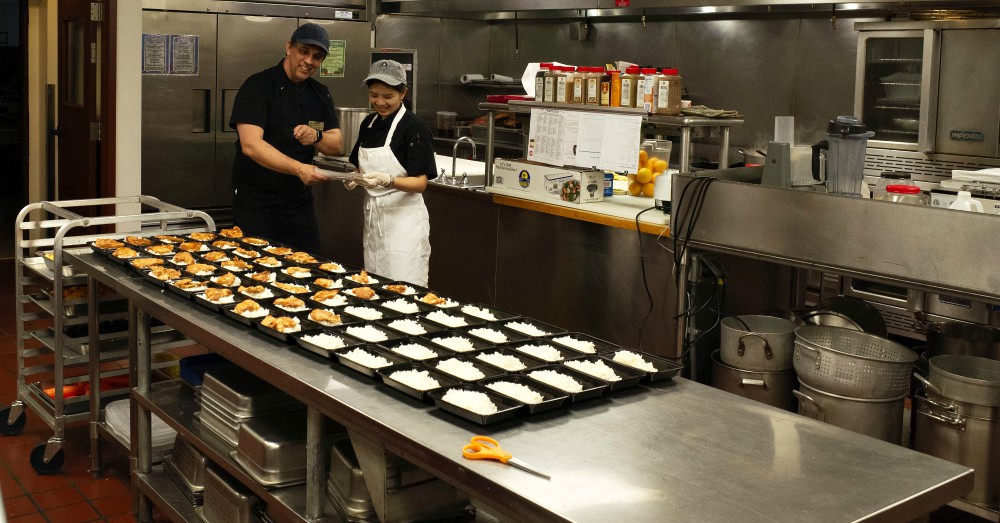 Next, staff learned that a local retired religious community was in need of food, and meal preparation doubled. Word of the food ministry spread to Ana Raptis, president of the Cacique Foundation, which donated $50,000 in seed money to expand the ministry.

"So with that platform in place, we moved in the last few weeks to doing 7,000 meals per month, about 1,700 per week, [distributing] to five different communities," Cunningham said. "We've been able to raise $100,000 for this ministry, which is enough to keep us going through the end of June."

Mater Dolorosa now additionally distributes meals to two homeless shelters and to people who are homeless living in Azusa, California.

Cunningham said that due to the increase in food prices, and shortages in food supply, he sees food insecurity only getting worse before it gets better.

"This is sort of like a Joan of Arc moment, 'Do the work and God will help,' " Cunningham said. "There is an element of having to trust our natural responses in these circumstances. The demand is in places it's never been before. The systems we've been using to deliver everything — food, transportation, etc. — is up for grabs."

Back in New York City, Alianza youth services, a division of Catholic Charities, has shifted its focus from providing programming at public schools in Washington Heights and the Bronx to providing food to families in need. The ministry shift occurred after staff conducted more than 3,000 wellness calls to their community and found that 60-70% of families asked where they could find food.

Alianza is now running two "pop-up" pantries out of the parking lots of the schools they serve, and supporting four existing pantries with Catholic Charities' "Feed Our Neighbor" program. Since March 16, the four pantries have provided 57,120 meals and an additional 42,780 meals have been provided to families through the pop-up pantries, which Eddie Silverio, director of Alianza, said is a significant increase.

The population that Silverio works with, who are mainly low-income and Latino, are particularly vulnerable to the crisis caused by the pandemic.

"There's a financial and health inequality in our country that nobody is talking about," Silverio said.

Silverio said many of the families he works with are taxi drivers or work in salons, and aren't able to apply for unemployment. He said that the school drop-out rate of young people has also increased as they help support their families. 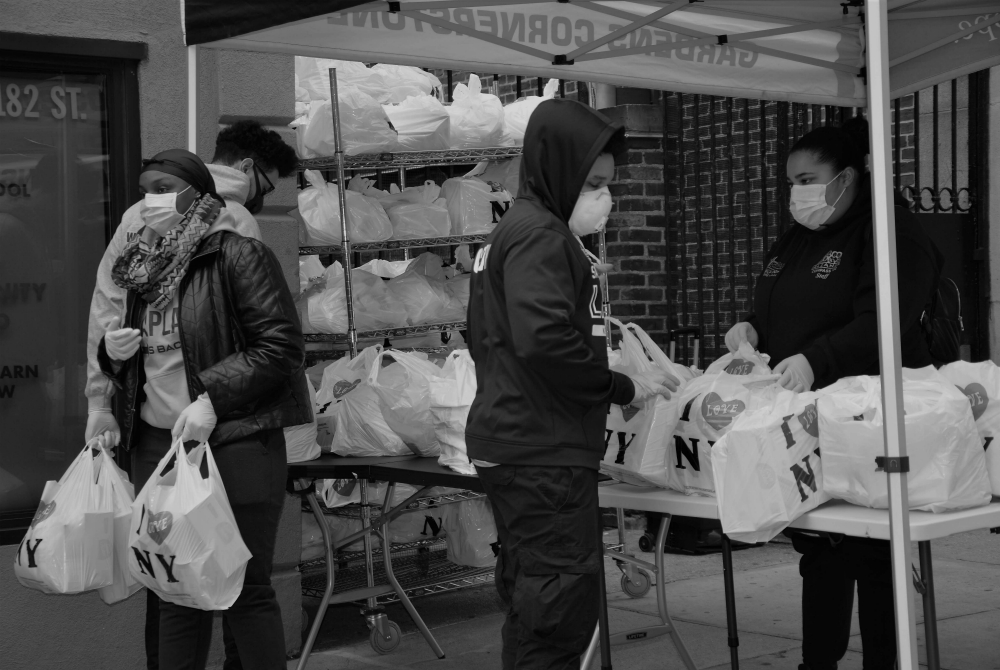 "To see so many different folks — from seniors, to families, to young women and men needing food — the food insecurity in our country is really serious, and we're blessed to do this work," Silverio said. "It's a horrible time for communities of color, and in the nonprofit center [Alianza], we have to create a safe haven, safe spaces for people."

For many states, the shelter-in-place order will extend into the summer, creating an ever more precarious situation for unemployed people. Community engagement is key to helping the most vulnerable survive this pandemic, and is a spiritual balm for many.

"Working with Hungry Monk has given me a sense of power and joy — working collectively with neighbors and members of my community I hadn't met before," said Nina Berman, a volunteer at Hungry Monk. "I think a piece that gets lost a lot when we talk about how to survive an apocalypse is the essential link between community care and self-care."

This story appears in the Saints Next Door feature series. View the full series.
A version of this story appeared in the May 29-June 11, 2020 print issue under the headline: Catholics step in as food insecurity skyrockets.