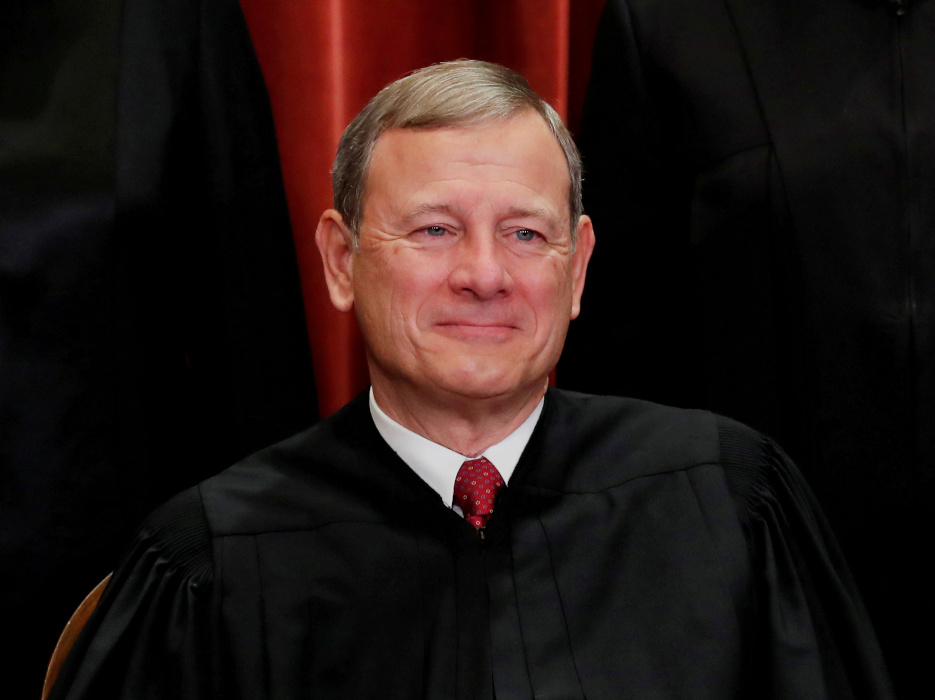 Chief Justice John Roberts, accustomed to writing in-depth opinions on court cases, penned a rare statement March 4, 2020, denouncing remarks made earlier that day at a rally outside the court by Senate Minority Leader Chuck Schumer, D-N.Y., that were directed at Justices Neil Gorsuch and Brett Kavanaugh. Roberts is pictured in a March 3 photo. (CNS/Reuters/Jim Young) 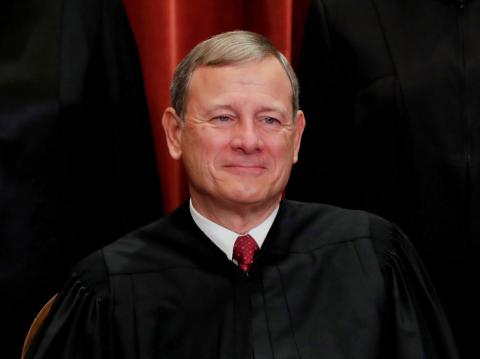 Chief Justice John Roberts, accustomed to writing in-depth opinions on court cases, penned a rare statement March 4, 2020, denouncing remarks made earlier that day at a rally outside the court by Senate Minority Leader Chuck Schumer, D-N.Y., that were directed at Justices Neil Gorsuch and Brett Kavanaugh. Roberts is pictured in a March 3 photo. (CNS/Reuters/Jim Young)

"Justices know that criticism comes with the territory, but threatening statements of this sort from the highest levels of government are not only inappropriate, they are dangerous. All members of the court will continue to do their job, without fear or favor, from whatever quarter," Roberts said in a statement released by the Supreme Court.

Roberts was responding to remarks Schumer had made earlier that day at a rally in front of the Supreme Court while the justices were hearing oral arguments about a law requiring Louisiana abortion providers to have hospital admitting privileges. Before and during oral arguments, people on both sides of the abortion debate had gathered on the court steps holding signs and defending their cause.

Speaking into a microphone at a podium, Schumer specifically spoke about President Donald Trump's two appointees to the court — Justices Neil Gorsuch and Brett Kavanaugh — saying they have "released the whirlwind" and "will pay the price."

"You will not know what hit you if you go forward with these awful decisions," he said, referring to their potential votes defending the Louisiana law restricting abortions the court was hearing oral arguments about.

On the Senate floor March 5, Schumer said: "I should not have used the words I used yesterday. They didn't come out the way I intended to."

The senator added that he feels "passionately about this issue, and I feel so deeply the anger of women all across America about Senate Republicans and the courts working hand and glove to take down Roe v. Wade."

Neither Gorsuch nor Kavanaugh were on the Supreme Court in 2016 when the court heard arguments about a Texas case nearly identical to the Louisiana law before them March 4. In the Texas case, the court said state law requiring abortion providers to have hospital admitting privileges imposed "a substantial burden" on women who were seeking abortions and wasn't necessary to protect women's health.

Justin Goodman, a spokesman for Schumer, said in a March 4 statement reported by The Associated Press that the senator's comments referred to the "political price Senate Republicans will pay for putting these justices on the court, and a warning that the justices will unleash a major grassroots movement on the issue of reproductive rights against the decision."

The statement also questioned why Roberts had not responded to Trump's recent questions about the impartiality of Justices Ruth Bader Ginsburg and Sonia Sotomayor during a Feb. 25 news conference in India and in tweets.

The president said both justices should recuse themselves from cases involving his administration. Trump's comments directed at Sotomayor came after she wrote a dissenting opinion criticizing the court's conservative majority for granting a number of the Trump administration's emergency stay requests. The president has criticized Ginsburg for comments she made — and apologized for — against Trump during his 2016 campaign.

Trump also weighed in on Twitter about Schumer's remarks outside the Supreme Court, accusing the senator of making "a direct & dangerous threat to the U.S. Supreme Court" and saying that if a Republican had made those remarks, "he or she would be arrested, or impeached."

Roberts, who rarely gets involved in public statements responding to political criticisms about the Supreme Court or federal courts, spoke out in 2018 when Trump was critical of someone he described as an "Obama judge" who had ruled against the administration.

"We do not have Obama judges or Trump judges, Bush judges or Clinton judges," Roberts said in a statement issued by the court. "What we have is an extraordinary group of dedicated judges doing their level best to do equal right to those appearing before them. That independent judiciary is something we should all be thankful for."

Roberts is said to be a potential swing vote in the Louisiana case. More than 70 friend-of-the-court briefs were filed on both sides of this issue with health care professionals, researchers, lawmakers, states, and religious and advocacy groups alike weighing in.