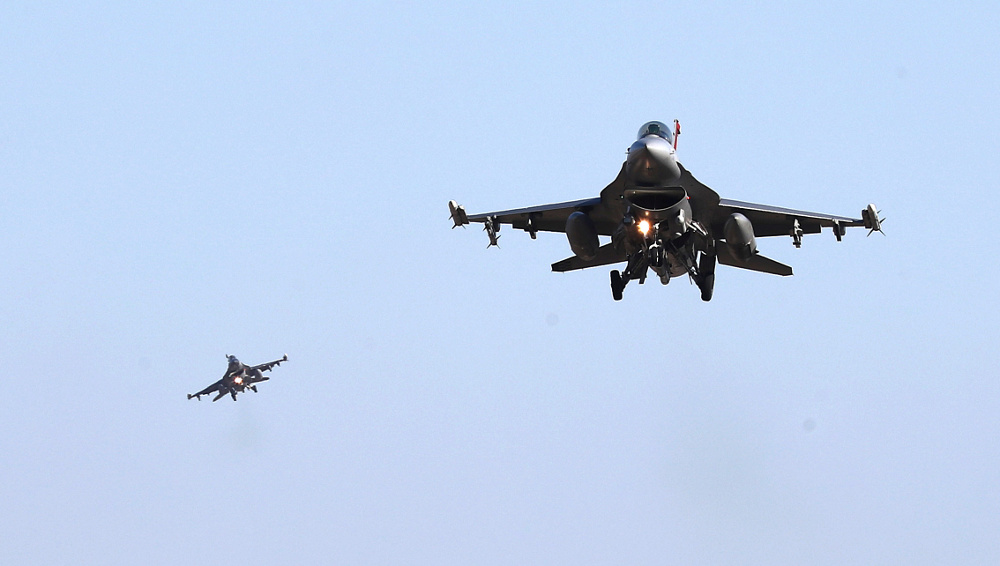 Church leaders seeking peace on the Korean Peninsula emphasized the need for "repentance and atonement" between North Korea and South Korea.

Clergy and laypeople from South Korea, the United States, Japan and other parts of the world also called for fewer military exercises between South Korea and the U.S. at the first-ever conference on the role of Catholics in building peace on the Korean Peninsula and more broadly in northeast Asia.

North Korea and South Korea never signed a peace treaty at the end of the Korean War in 1953 and constant tensions have existed since between the democratic government in the south and the communist regime in the North.

In the past year, North Korea, which takes the position that U.S.-South Korea military exercises pose a threat, tested missiles multiple times. The most recent occurred Nov. 28 and involved an intercontinental ballistic missile that flew higher and farther than others, raising grave concern among North Korea's neighbors and the U.S.

More than 320 symposium participants met in Paju City, South Korea, and heard from bishops whose dioceses border North Korea or are in contested territory as well as other church leaders. Experts on international conflict, peace and disarmament also shared presentations from Catholic perspectives.

Bishop Lee Ki-heon of Uijeongbu, South Korea, located about 20 miles south of the demilitarized zone that divides the peninsula, told the conference that he and representatives of his diocese attended the three-day symposium with "desperate hope" for peace.

"I desperately realize it is repentance and atonement that is needed for reconciliation of the two Koreas, genuine forgiveness and peace," he said in remarks prepared for the conference.

Lee emphasized that repentance and atonement was not simply for what both sides did to cause bloodshed between them, but also that the Catholic Church in Korea needed to repent for "what we did wrong in our ill-fated history."

"We are the proud descendants of martyrs who sacrificed themselves for justice and truth, while we haven't been strong enough to arbitrate (between) the two Koreas in the context of peace within the tragic history of the nation," Lee said. "It's time to reflect on our weak existence."

The prelate said that after Japanese colonization of the peninsula from 1910 to 1945, the church was concerned with being able to practice its faith freely to the exclusion of looking beyond to the civil war that divided the country.

Today, he said, the conflict between both sides had serious geopolitical implications, with the two Koreas caught between China and the U.S. as both countries jockey for world power.

He also warned of Japan's territorial disputes with China creeping into Korean waters.

As part of the conference, participants visited the demilitarized zone, a 2.5-mile wide, 160-mile stretch of neutral ground bisecting the peninsula.

Bishop Robert McElroy of San Diego joined the trip to the DMZ. He also spoke during the symposium, hosted by the South Korea-based Catholic Institute of Northeast Asia Peace.

"It was sad and discouraging to see the depth of structural alienation between South and North Korea, which the DMZ embodies," McElroy said in an email to Catholic News Service.

The bishop said tensions over the recent escape into South Korea of a North Korean soldier, who was shot multiple times by the northern military, were still palpable at the border.

Symposium participants felt that the confrontation between the two sides could be addressed peacefully, he said, but that both South Korea and the U.S. need to refrain from taking military action against North Korea. He stressed that all parties must work to lessen nuclear proliferation and that the focus should be on the Korean people, not outside nations.

He added that there was "great desire to begin new initiatives to foster unification," including designing and implementing a comprehensive strategy to build bridges between societies in the two countries.

In his presentation, McElroy said that Catholic teaching has not supported the increasingly hawkish position of the U.S. toward the North Korean nuclear threat.

"The voice of the church in the United States must continually bring to American society the recognition that national interest cannot morally violate the international common good ... that the world must move toward a stabilizing, progressive nuclear disarmament," he said.