EarthBeat Weekly: The story behind the story of an Earth Day unlike any other

Stories brought to you from dining room tables and basements from Washington, D.C. to Kansas City 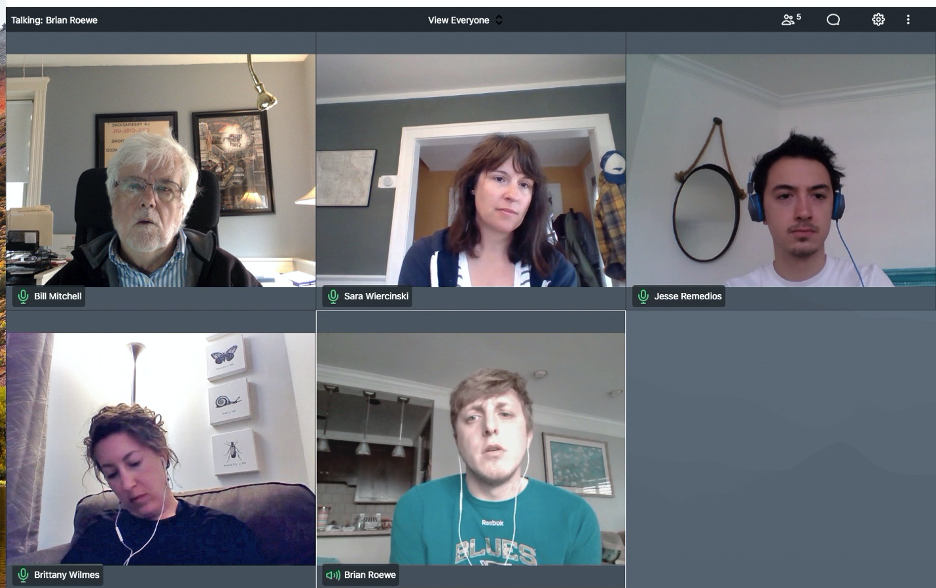 As you might expect, this was a busy week at EarthBeat headquarters, a virtual office space that spans various working-from-home arrangements on the East Coast as well as quite a few dining room tables in and around Kansas City, Mo., where NCR is based.

This was an Earth Day unlike any of the 49 preceding it. All you need do is glance at Brian Roewe's remarkable look-back at the first Earth Day in April 1970 – featuring marches, teach-ins and other big gatherings -- to get a sense of just how different.

With all that in mind, this edition of EarthBeat Weekly adopts a different format to tell you the story behind the story.

About a week before the big day, Brian worked with NCR's director of audience engagement, Sara Wiercinski, to send a note seeking EarthDay recollections from members of NCR Forward, the group of readers who support our work with monthly contributions.

Sara was working from her Kansas City dining room table, which also serves as headquarters for helping her young children, Luke and Hazel, with their schoolwork. It's a well-situated table, offering a view of songbirds outside.

In his apartment, also in Kansas City, Brian got down to work on the story with headphones blaring what he described as "a heavy dose of Neil Young and his often-bandmates Crosby Stills and Nash." Just what he needed to get himself in the groove to explore a 1970 timeframe when his editor was a junior in college and Brian was, well, not yet around. 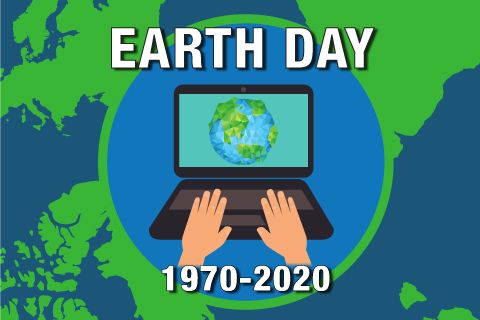 Even more essential to that look back were the dozen NCR members who responded to his call for recollections, providing the kind of specific, personal anecdotes and memories that helped make his story come alive.

EarthBeat relies on readers for quite a bit of our content, including our Small Earth Stories and Burning Questions. Sometimes, we admit, a burning question originates with us. That was the case when Jesse Remedios, a former Bertelsen intern who became a staff writer for EarthBeat earlier this year, asked just what Earth Day activities would be happening when and where. That led to his account of 14 Earth Day events you can join from your screen.

Jesse created a graphic to go with the Burning Question but it wasn't until the weekend that it occurred to me to turn it into a logo for our upcoming Earth Day coverage. For this, I needed the help of art director Toni-Ann Ortiz. She was just finishing Sunday Mass on Zoom when she spotted a message from me on her phone and headed down to the basement office she shares with her wife. And voila! We had a logo!

Working from his family's dining room table in suburban Washington, D.C., Jesse also produced a special series for Instagram, Creation Caregivers, that highlighted some of our past coverage of individuals stepping up for the planet.

On Wednesday, Earth Day's actual big birthday, Brian found himself alternating between his dining room table and living room couch as he reported the big story of the day.

Jesse's assignment was to monitor livestreams of two of the main Earth Day events, a task he accomplished with two laptops that he muted and unmuted depending on what looked (and sounded) more interesting.

Recalling the hustle involved in covering student climate strikes in D.C. in September, Jesse said he "didn't expect that Earth Day coverage -- all while seated at my dining room table -- would somehow require even more energy." 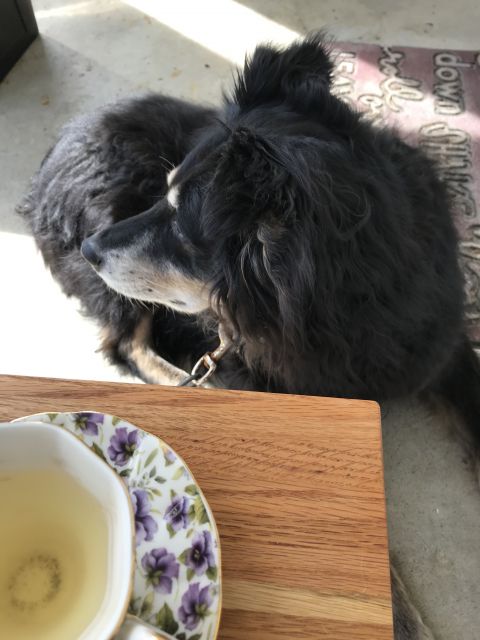 I did the first edit on the story from the home office/guestroom in our apartment about a mile from Boston's Fenway Park. A little after 6 p.m. EST (dinner was already underway in the next room), I turned the story over to copy chief Teresa Malcolm, working from her home in the Waldo neighborhood of Kansas City.

Using Slack, a digital messaging system, Brian and I responded to Teresa's questions as she began building the story in our publishing system.

You say this U.N. official issued a statement on social media, Teresa messaged. Where?

I couldn't find the actual post, offering up a link to a Reuters story that quoted the statement instead. Then Brian found the Twitter link and sent it across town to Teresa.

Then, instead of linking to a description of a song created by an African affiliate of the Global Catholic Climate Movement, Teresa found the song on YouTube and embedded it in the story. Pretty cool tune, eh?

Teresa was doing this work from her living room, which is closest to the wi-fi. At her feet was Bosco, the three-legged dog who punctuates Teresa's edits with constant requests to be let out, at least when the weather's nice.

If you take a look at NCR's coverage over the past week, you'll find a lot more than Earth Day. Juggling much of that was production and online editor Stephanie Yeagle, working from her dining room table in a Missouri suburb 30 miles south of Kansas City.

With high school junior Sereniti sharing the table for e-learning sessions and five year-old Theo playing nearby with dinosaurs -- or working on his learning tablet -- Stephanie also kept an eye out for climate-related stories produced by the wire services. With a quick note in Slack, she'd alert Bertelsen intern Sarah Salvadore, working at home in Franklin Park, N.J., to edit and produce the story for ncronline.org/earthbeat.

Posting and tracking all this work on social media was engagement editor Brittany Wilmes, who works from a desk just off the kitchen in her Kansas City apartment where she shares her internet connection with her husband of six months, Ryan. Nearby are about 20 houseplants, including a pint glass full of green onion root stubs that she and Ryan are trying to regrow while sheltering at home.

In some ways, it was a week unlike any I've spent in a variety of newsrooms over the years. But in the most important way – figuring out ways to tell the story – it wasn't that different at all.

On the chance you missed any of it, you'll find EarthBeat's coverage of Earth Day 2020 linked from here. As always, I welcome your feedback.

EarthBeat | EarthBeat Weekly: The story behind the story of an Earth Day unlike any other