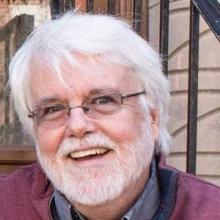 Bill Mitchell became NCR's first climate editor in 2019 and was named publisher/CEO in 2020. He retired in November 2022 and was succeeded by Joe Ferullo.

Bill has taught journalism ethics at the University of Detroit and Northeastern University. He lives in Boston with his wife of 52 years, Carol, a clinical psychologist and spiritual director. They are the parents of three grown children and six grandchildren. You can reach Bill at bmitch@gmail.com. 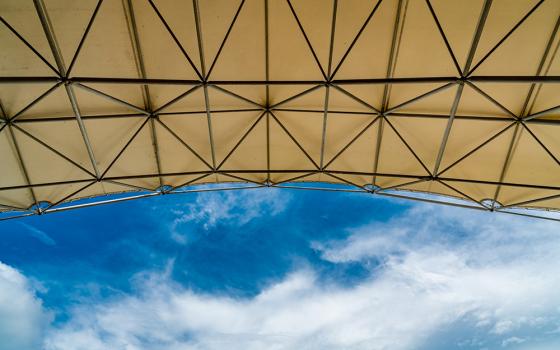 Enlarge the tent: A mandate for NCR as well as the church

Now is not the time for NCR to rest on its laurels. Just like the church, we have some work to do enlarging our tent, especially among young people and people of color. 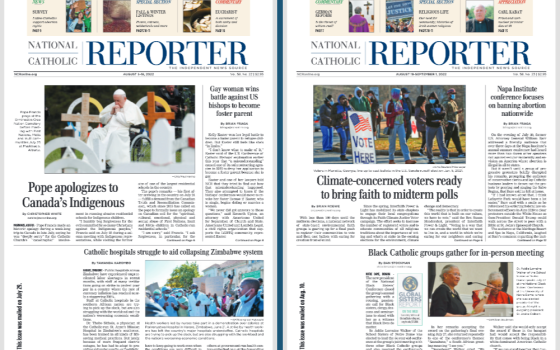 A note from the publisher

When I wrote my first story for NCR as a college freshman in 1967, I had no idea I'd end up as its publisher and CEO a half century later. NCR is on a positive trajectory. Now is the time to begin the search for its next leader. 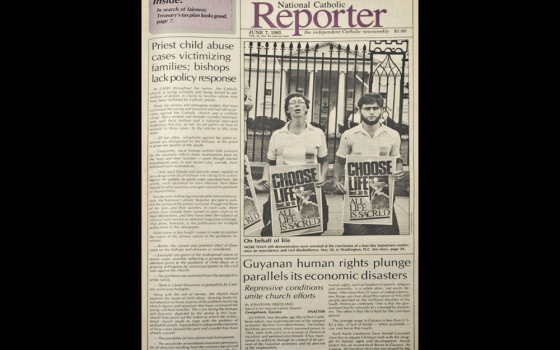 NCR Connections: NCR was able to play a leadership role in the 1985 groundbreaking coverage of clergy sex abuse as a result of two attributes that remain central to the organization all these years later. 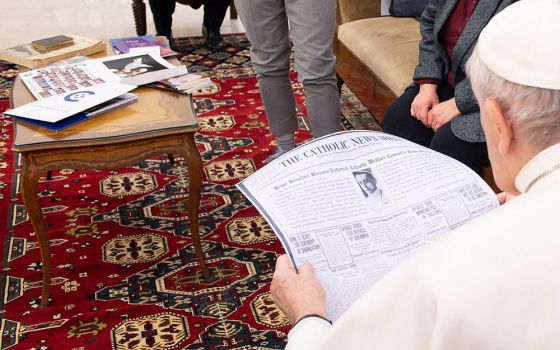 NCR Connections: In eliminating so much of what CNS produces, the U.S. bishops are cutting off access to crucial news and information about the church at precisely the time Pope Francis is calling for synodal listening. 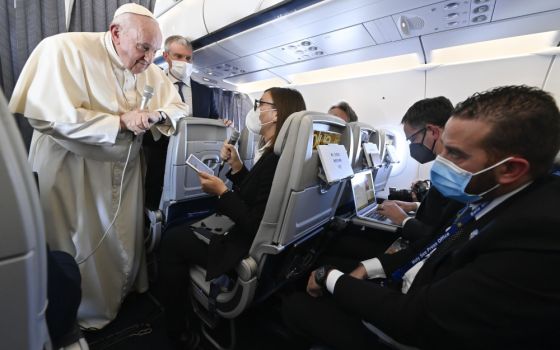 Connections: Whom would you like us to spend more time listening to in 2022? Might you tip us off to a situation that could use some investigation? An untold story we should report? 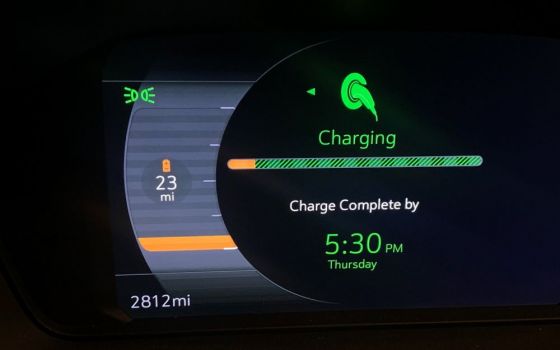 A 374-mile holiday journey illustrates the stops and starts of long day trips without a drop of gas in the tank. It also shines a light on the bigger picture of the country's transition to electric vehicles as one way to save the planet. 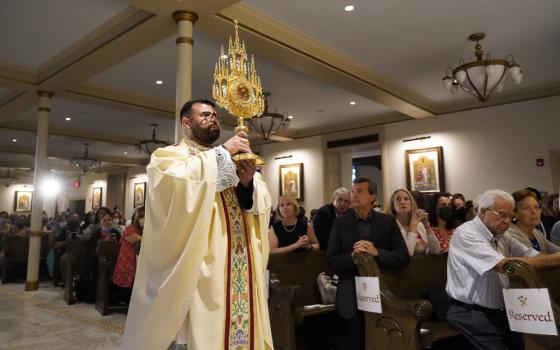 Book review: James Carroll appears intent on creating a new category of former Catholics. He seems not so much a fallen away Catholic as a partial walk away — a Catholic who doesn't just drift away quietly instead raises a ruckus. 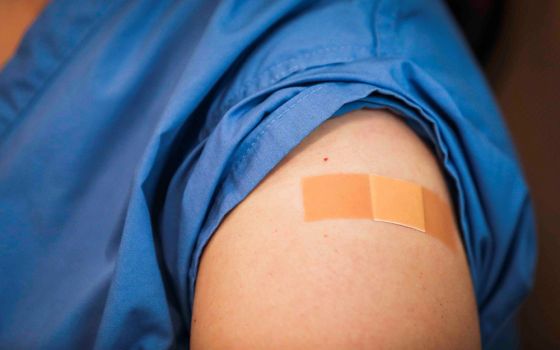 NCR Connections: At National Catholic Reporter, now is a time to express our gratitude to readers who've supported us throughout the pandemic by becoming members and contributing. 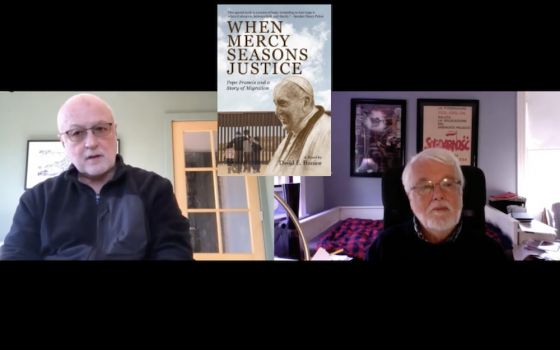 The making of a novel: Trump, Francis and a church re-imagined

Commentary: Former Democratic Whip David Bonier found in Pope Francis the core of a story that would draw on two important dimensions of his own story: work on behalf of Central America while in Congress and distress at the church's failure to include women as full partners in leadership. 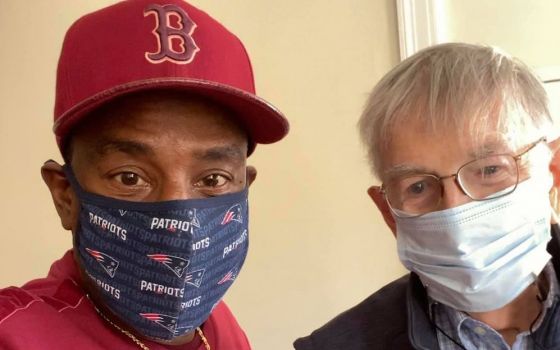 Appreciation: Friendship was the hallmark of Jesuit Fr. Bill Barry's scholarship and spirituality. One friend, Darrell Jones, was among the very few people invited to take part, in person, in Barry's funeral Mass. 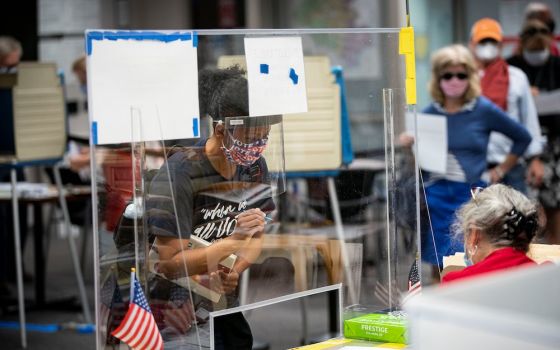 NCR Connections: As a friendly reminder — and for suggested sharing — we offer this roundup of recent helpful articles and columns that counter the narrative that to be Catholic means you must vote Republican and for Donald Trump. 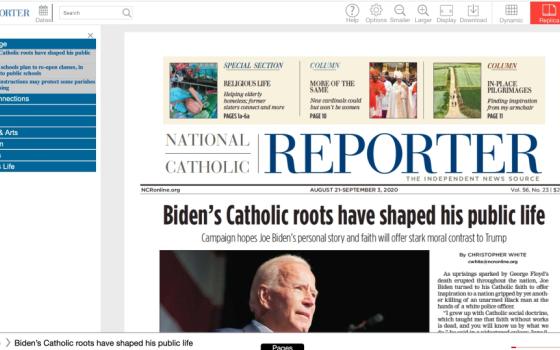 NCR Connections: If you're a subscriber waiting on the newspaper to show up in your mailbox, we have a partial solution to the current postal service delays. With eNCR, you can read the paper almost immediately. 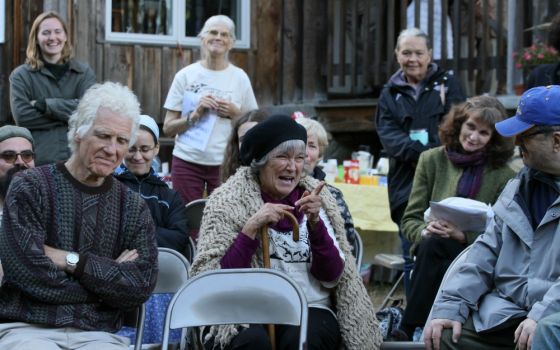 Book review: Suzanne and Brayton Shanley, as "co-authors of a spiritual journal," recount their unconventional choices in founding and living in the Agape Community in Loving Life on the Margins. 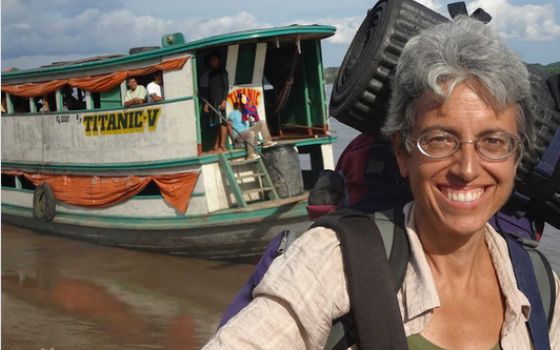 EB Weekly: EarthBeat gets a big boost in funding and a new editor 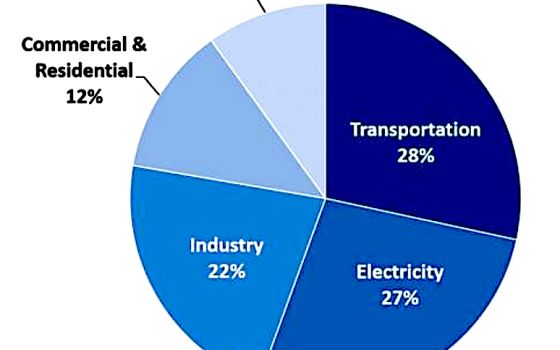 EarthBeat Weekly: Re-imagining how we get where we're going

COVID-19 has reduced both our reliance on cars and the pollution they spew. But what comes next? 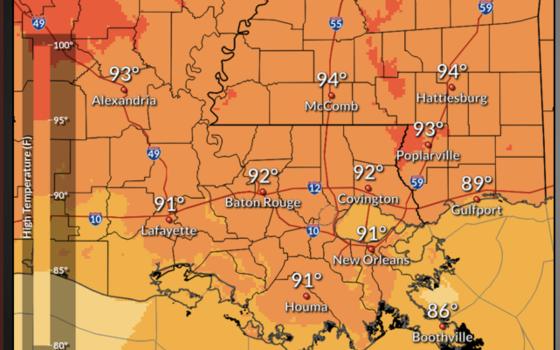 Extreme weather made more so by climate change aggravates the impact of coronavirus, especially for the poor. 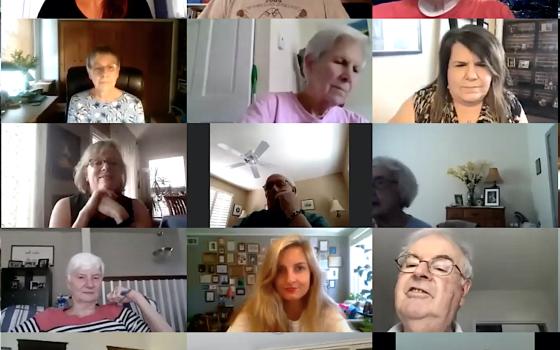 EarthBeat Weekly: Where 100 or more of us are gathered…

A gathering of NCR members recalls some words to live by for journalists: Our readers know more than we do. 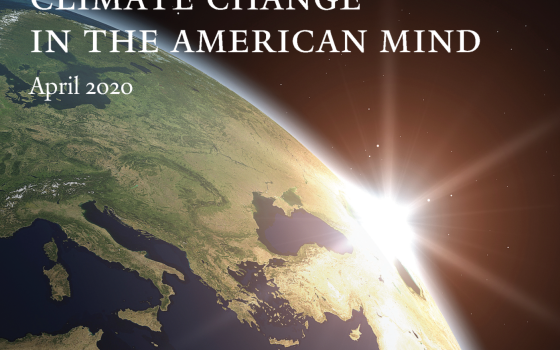 How to close the gap between public opinion and public policy on the climate crisis?

As much as most Americans want the government to do more to address the climate crisis, significant change in public policy remains stalled. What are our options? 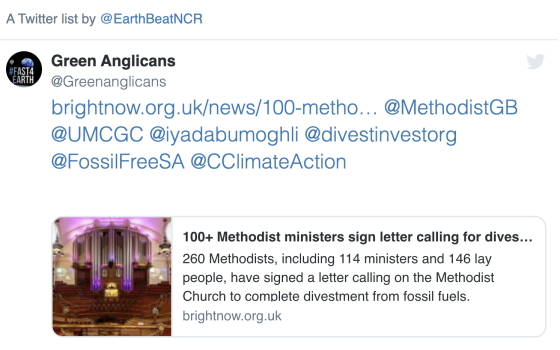 For the most part, the news about the climate crisis is not good.  But the Tracker updates you on what people of faith are doing about it. 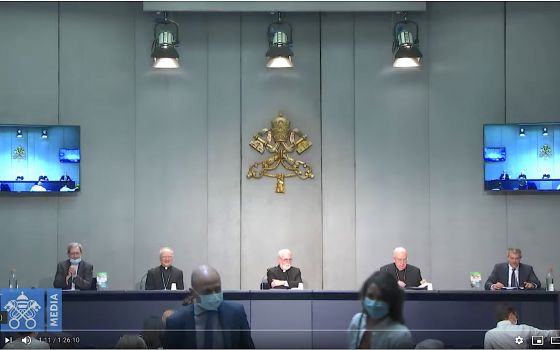 EarthBeat Weekly: Discerning what the Vatican really means when it comes to divestment

The Vatican is talking increasingly about divestment as a recommended strategy for Catholic institutions.