by Svitlana Romanko
Action
This article appears in the War in Ukraine feature series. View the full series. 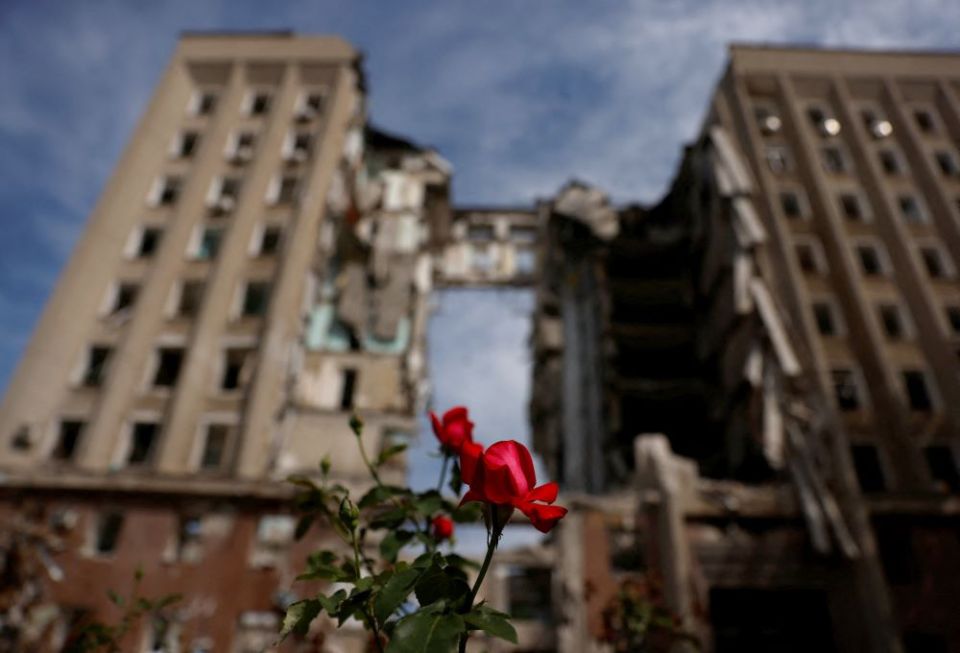 A flower is pictured in front of the destroyed regional administration building following shelling by Russian troops in Mykolaiv, Ukraine, June 8. (CNS/Reuters/Edgar Su)

Ukraine — The war in my country has now raged for more than 100 days, a grim milestone I prayed we'd never see. Not one day passes without me deeply mourning the thousands of lives lost and the cities that have been obliterated by Russian bombs and missiles. We and the world rightly call this what it is: genocide, terror and a flagrant abuse of human rights.

Although the war has gone on far too long, this remains a decisive moment in history. We still have time to understand what has led us to this point and act so that it never happens again.

Without revenues from oil and gas, Vladimir Putin's war machine would cease to function. This hideous war would end. No more grim anniversaries and milestones. It can be that simple.

Russia's economy is overwhelmingly reliant on the export of oil and gas, which made up 60% of the country's total exports in 2019. And 45% of Russia's 3032 federal budget came from oil and natural gas, according to the International Energy Agency. This war clearly shows how dangerous our dependence on a fossil fuel system is, especially one that concentrates power in the hands of autocrats like Putin.

The war in Ukraine, the climate crisis and the energy crisis have common roots but they also share a common solution: an end to the use of oil, gas and coal. 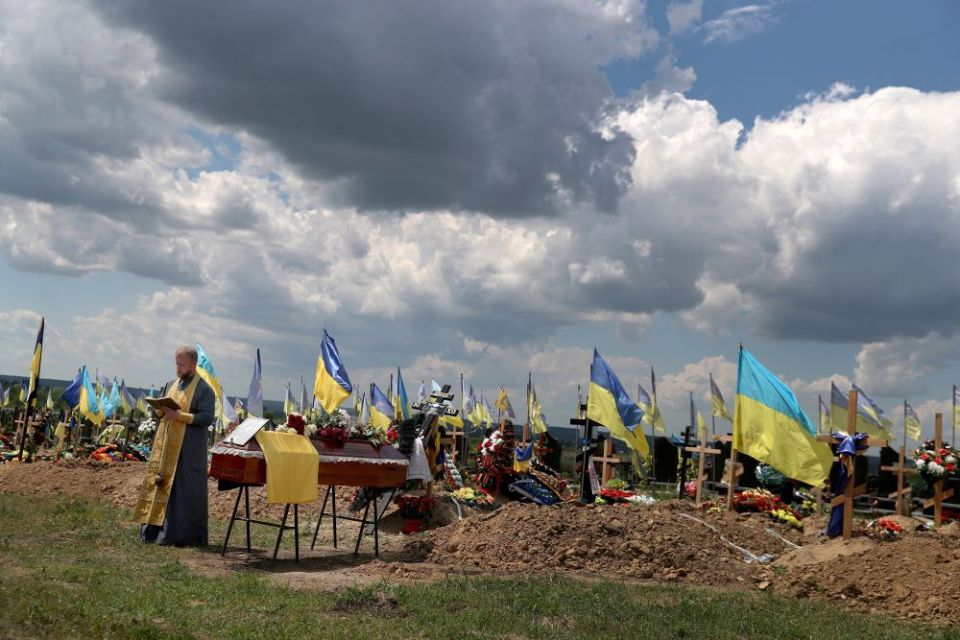 A priest prays during the burial of Evgeny Khrapko, a combat medic and instructor of tactical medicine, in Kharkiv, Ukraine, June 14. Khrapko was killed during the Russian war on Ukraine, which started Feb. 24. (CNS/Reuters/Ivan Alvarado)

By rushing to build more fossil fuel assets, governments would dig us further into conflict, vulnerability and instability — all of which will only worsen the climate crisis. And as long as we're dependent on fossil fuels, we'll empower dictators like Putin, who use fossil fuel money to launch devastating wars.

If we want to put the lessons of this war into action, we must halt all fossil fuel expansion and countries everywhere must commit to the rapid and just transition away from fossil fuels. Reliance on coal, oil and gas is the intentional embrace of death, misery and collapse in Ukraine and at a global scale.

As regular people all over the world, we can advocate for such moves by divesting from fossil fuels, the single-most important action all of us can take right now.

some groups are pressuring certain investors to divest their investments in fossil fuel companies. If this were to continue, it could have a material adverse effect on the price of our securities and our ability to access equity capital markets.

Related: Fossil fuels were always dangerous. Now they're fueling war on my doorstep.

The atrocities Putin and Russia have committed in my country have opened the world's eyes, but this is hardly the first time fossil fuels have funded acts of aggression that have killed thousands and created millions of refugees.

Conflicts in Iraq, Syria, Nigeria, South Sudan and Mozambique, among others, have done the same. As Michael Klare, professor emeritus of peace and world security studies at Hampshire College in Amherst, Massachusetts, wrote: "Without the promise of such resources, many of these conflicts would eventually die out for lack of funds to buy arms and pay troops. So long as the oil keeps flowing, however, the belligerents have both the means and incentive to keep fighting." He adds: "In a fossil-fuel world, control over oil and gas reserves is an essential component of national power."

It doesn't have to be this way. We have the technology and the means to enact a just transition to a safer future for all right now. Wind and solar remain the cheapest sources of electricity in most of the world.

Investments in renewable energy hit a record high of $755 billion last year, and the IEA expects global energy investment to increase by 8% in 2022, mainly through clean energy investments. Just think, if every dollar invested into fossil fuels was divested and reinvested into renewable energy, we'd transform our way of life, prevent future wars and save countless lives.

Ending our dependence on oil and gas is the best way to stop fueling thugs like Putin and the growing climate crisis. To protect the public at home and abroad, we must break our dependence on fossil fuels that are unpredictable, volatile and drive the dual crises of climate change and biodiversity loss.

We need an all-out mobilization to build renewable energy in Europe and around the world, and it starts by divesting from fossil fuels. This will help us end the war in my country and rebuild Ukraine from the war ashes.

Talk to your local church leaders, your local university, your local health care institution about divesting from fossil fuels. Talk to your friends. It's the one thing that all of us can — and must — do. 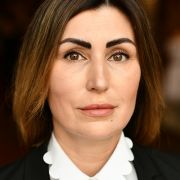 Svitlana Romanko is a climate justice activist based in Ukraine and, until recently, the zero fossil fuels campaign manager for the Laudato Si' Movement. She launched the Stand With Ukraine campaign with many Ukrainian, regional and international organizations. She has been an environmental lawyer for more than 20 years and holds a Ph.D. in environmental, natural resources, land and agrarian law, and a doctorate in climate change law, climate governance and climate policy.