by Brian Roewe
Spirituality
This article appears in the Our Common Home feature series. View the full series. 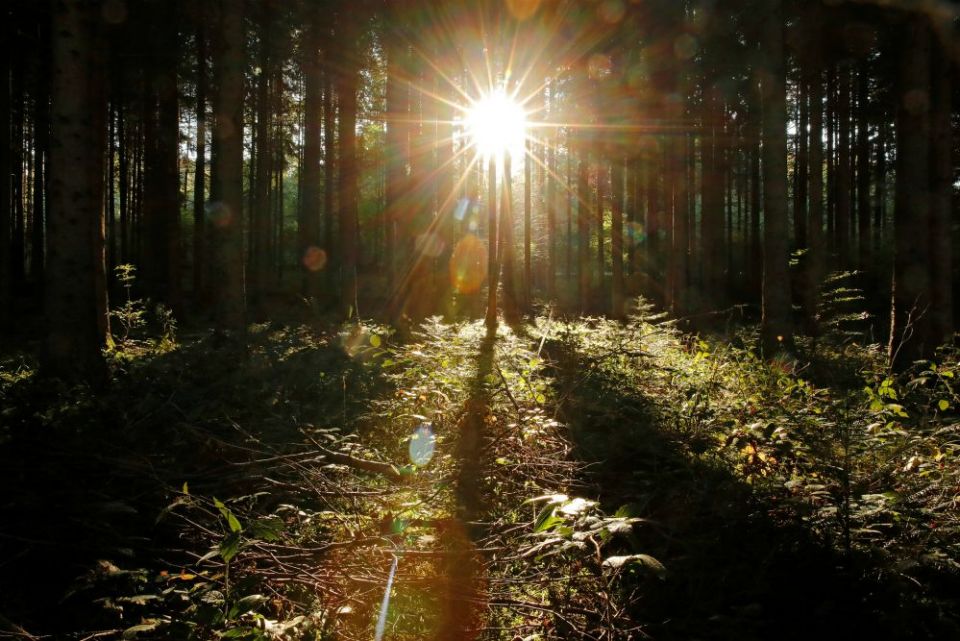 Sun rays shine through trees in a forest in late September 2018 near Biere, Switzerland. (CNS/Reuters/Denis Balibouse)

Beginning Sunday, Sept. 1, NCR will publish Season of Creation Daily, a brief reflection sent to your inbox on each of the Season's 34 days.

The daily reflections are authored by Peter McLoughlin, a member of the Care for Our Common Home committee at the Paulist Center in Boston. He said he designed the brief messages as "an opportunity to pause each day of the Season, reflect with gratitude on the gift of creation, consider the plight of the Earth and of those most impacted by environmental problems, and discern how we are called to respond."

Wildfires rage in the Amazon rainforest and other parts of the globe. Up to one million species face extinction, in large part due to human activities.

This has formed the backdrop for the annual Season of Creation, timely tuned this year to the theme of biodiversity.

The Season of Creation began on Sept. 1 with the World Day of Prayer for the Care of Creation, and runs until Oct. 4, the feast of St. Francis of Assisi. This year's Season of Creation is focusing on "protecting the web of life in all its variety, because each species reveals the glory of the Creator."

This will mark the fifth observation of the Season of Creation since Pope Francis invited Catholics in 2015 to join other Christian denominations in its celebration. Orthodox Christians began celebrating the Day of Prayer for Creation as early as 1989. Over time, more Christians have joined and the celebration has expanded from a day to more than a month.

And Catholic participation has grown each year since Francis' initial invitation.

"Everywhere we turn, we see new initiatives, new resources emerging at every level of the Church," said Christina Leaño, associate director of Global Catholic Climate Movement. She added, "And especially in the midst of our current climate crisis, the fires in Brazil and across Africa, it is incredibly inspiring to see the Holy Spirit igniting this prayer and action for creation."

More than 500 events are planned, according to the Global Catholic Climate Movement. Clean-up days are set in Santa Monica, California, and Port Harcourt, Nigeria. In Manila, Philippines, faith leaders organized a Sept. 1 walk for creation and a youth Laudato Si' forum on Sept. 7. In the outskirts of the Amazon in central Bolivia, Catholics have planned on Sept. 20 a "care for Mother Earth" pilgrimage.

The Chicago Archdiocese has scheduled numerous activities throughout the five weeks, including weekly prayer services in its schools and a Climate Action Day on Sept. 20, the date of the next global climate strike. The Sisters of Mercy have started a Meatless Mondays campaign, and the Columban Center for Advocacy and Outreach are petitioning Congress to support a 100% clean energy economy. In Boston, the local branch of the Global Catholic Climate Movement alerted members to a Sept. 11 talk on climate justice by former Irish President Mary Robinson at Boston College and encouraged members to join Mothers Out Front in challenging the extraction and use of natural gas.

At their Villa de Matel Chapel, the Sisters of Charity of the Incarnate Word in Houston are hosting Sept. 7 an ecumenical observance of the World Day of Prayer for Creation. They estimate 200-250 people will attend, among them local clergy and faith leaders, including Archbishop Emeritus Fiorenza of the Galveston-Houston Archdiocese, as well as area politicians, children and representatives from more than a dozen environmental groups.

Sister of Charity of the Incarnate Word Ricca Dimalibot said the hope for the Season of Creation service, perhaps a first for the Houston area, is that it raises awareness about creation care within the archdiocese and serves as a starting point for personal ecological conversion. From there, she said people might begin to work together to find solutions to climate change.

"If we want to begin with organic internal transformation, then what better way to do that but through prayer?" she said.

In May, Msgr. Bruno Marie Duffé, secretary of the Vatican Dicastery for Promoting Integral Human Development, penned a letter inviting all pastors to participate in the Season of Creation "as part of your pastoral leadership."

"Caring for creation protects the inheritance the Creator has given us, an inheritance that is essential to our well-being," he said in the May 23 letter, issued on the International Day of Biodiversity.

Duffé added that the "web of life" theme has "important connections" with the upcoming Amazon synod and aligns Christians' stewardship role "with the urgent need to protect biodiversity."

From Oct. 6-27, the Vatican will host the special Synod of Bishops for the Amazon that will give special church focus on one of the planet's major biomes and the threats facing the region and its indigenous peoples — recently spotlighted to global attention through devastating wildfires burning in parts of the vast rainforest.

A landmark United Nations report released in May found that the rate of species extinction has accelerated at "unprecedented" rates and that up to 1 million species are threatened with extinction, many within decades. The report also stated that marine pollution "has increased tenfold since 1980" and half of the globe's agricultural expansion has occurred at the expense of forests.

In a recent interview, Francis called the loss of biodiversity among his greatest fears for the planet, saying "devastation of nature can lead to the death of humanity."

For Christians, a concern about the state of the planet's biodiversity stems from the belief that the world is God's creation, and that God is reflected in it, said Celia Deane-Drummond, a theologian and biologist and newly appointed director of the Laudato Si' Research Institute at Campion Hall at the University of Oxford. The institute is expected to launch next year.

"The mirror of who God is, is somehow reflected in the world around us and in the biodiversity around us. So if we start and we get involved in ecological and biodiversity destruction, we are in some sense defacing that mirror of God that we see in the world," she told NCR.

But rather than despair at reports on biodiversity loss, Deane-Drummond said Christians should find ways to become involved in ecological restoration "to help repair that damage," and with it contribute to the redemption found in Jesus, "who came not just to save humanity, but to save the wider biological world as well." 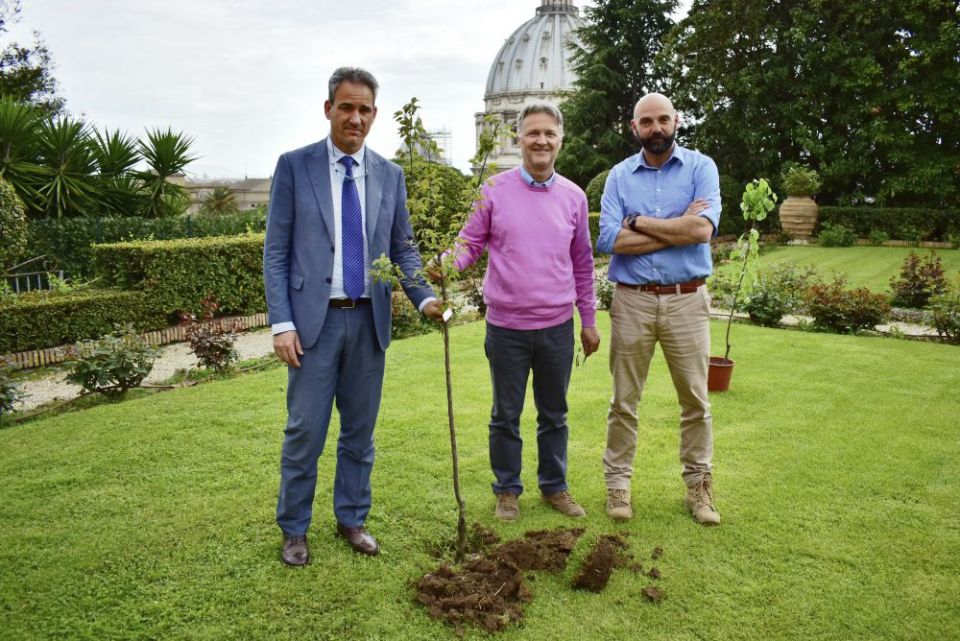 Deane-Drummond is set to participate in a webinar Sept. 16 examining the connection between Christian spirituality and biodiversity. Other programs and events also center on the Amazon synod and the biodiversity theme, including the Catholic Climate Covenant's annual Feast of St. Francis program titled "We Are All Connected: Cry of the Earth, Cry of the Poor."

Another webinar on Sept. 4 will focus on Francis' declaration of a "climate emergency" during a meeting with oil and energy executives earlier this year. Among the panelists are Fr. Joshtrom Kureethadam, coordinator of the ecology and creation sector of the Vatican's integral human development dicastery, and Lorna Gold, Laudato Si' Project coordinator for Trocaire, the Irish Catholic Church's development organization.

Numerous Season of Creation events have sought to pair prayer with action.

This year will be the first the Indianapolis Archdiocese formally celebrates the Season of Creation. Its creation care commission has organized an archdiocese-wide tree planting for the Assisi feast day. Archbishop Charles Thompson is expected to plant a tree himself.

The act of planting trees offers a tangible way for parishioners to experience a sense of interconnectedness with creation and what's happening in the world, said Deacon Michael Braun, archdiocesan director of pastoral ministries. He added it also broadens how people might view the Feast of St. Francis, which has traditionally been focused on blessings of animals.

"When you think of St. Francis of Assisi, I think that's what comes to mind, of seeing God in creation, in a sunset or in a forest … it's that whole beauty of creation. And that comes forth when we're planting trees," Braun said.

In addition to tree planting, the creation care commission developed a guide for Catholics and parishes to use throughout the Season of Creation. It assigns a theme for each day of the week. For instance: Meatless Mondays, Water Conservation Wednesdays and Take-a-hike Saturdays. 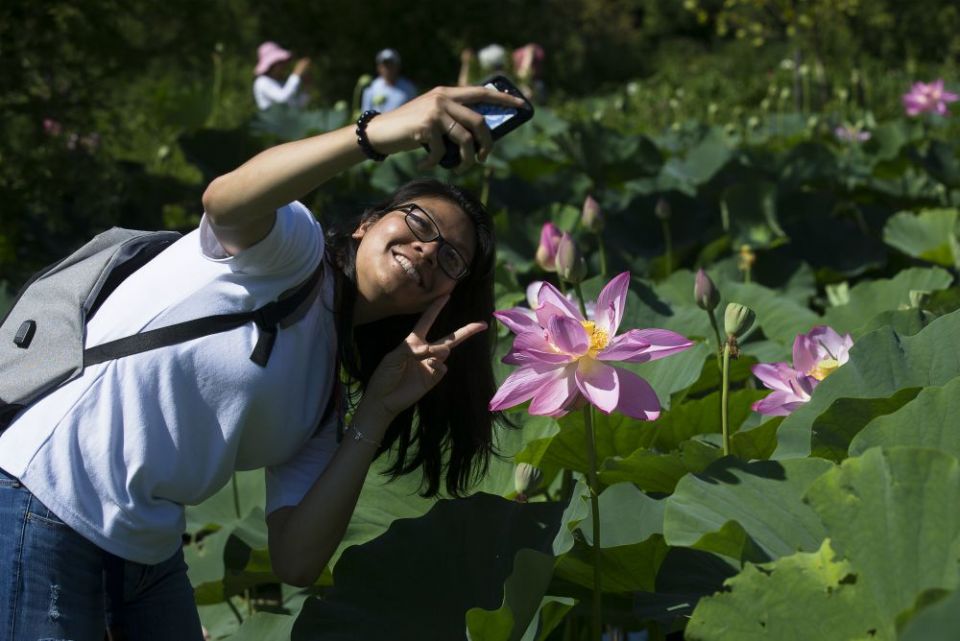 A woman takes a selfie with a lotus flower at Kenilworth Aquatic Gardens National Park in Washington, July 13. (CNS/Tyler Orsburn)

"What we wanted to do is, in a simple way, draw everyone's attention each day to something they could do in addition to the normal things we do in our prayer life and our liturgies," said John Mundell, a member of the creation care commission.

To encourage participation, Thompson devoted his column in the latest issue of The Criterion, the archdiocesan newspaper, to the Season of Creation, and the creation care commission met with the priests heading each of the archdiocese's 11 deaneries to lay out the plans and answer any questions.

Nearby dioceses, such as those in Evansville and Lafayette, have taken notice of the Indianapolis program and asked to use some of their resources, including bulletin inserts on each of the weekly creation care themes.

Other groups have created also Season of Creation homily helps for pastors and prayer service guides. In Boston, the Care for Our Home committee at the Paulist Center has drafted a revisable insert for any parish to use in its bulletin. The double-sided page includes "A Prayer for Our Earth" from the pope's encyclical "Laudato Si', on Care for Our Common Home," the St. Francis Pledge, and other resources. 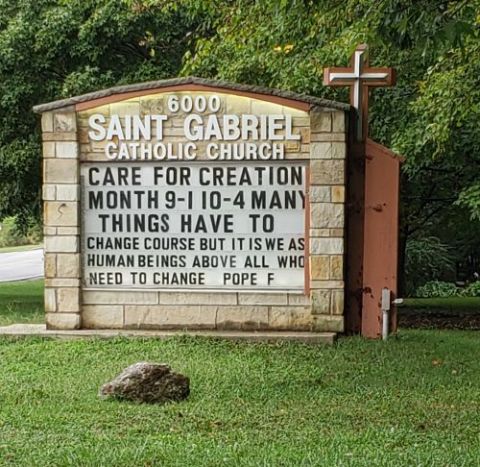 The sign outside of St. Gabriel the Archangel Catholic Church, in Indianapolis, announces the Season of Creation. The parish has indicated it plans to plant 100 trees as part of an archdiocesan-wide tree planting on Oct. 4. (Indianapolis Archdiocese)

So far, the Indianapolis Archdiocese's creation care commission has been excited by the early response to their plans. One parish, St. Gabriel in Indianapolis, indicated it wanted to plant 100 trees, and also changed its marquee to announce its plans to celebrate the Season of Creation.

"It's refreshing, and it's kind of nice because we're going to be doing this together," Mundell said. "It's trying to make it an event, you know, a celebration of the season together and to try to walk it together."

Like in Indianapolis, the Sisters of Charity's ecumenical prayer service emerged from earlier efforts. Last year, the congregation at its quadrennial chapter designated creation care one of its four directional goals for the next four years. Since then, the sisters in Houston have met with city leaders about climate change, begun composting and explored divesting from fossil fuels.

Dimalibot said the Charity sisters hope their efforts can inspire other area Catholics to explore steps they can take, too. As of now, there's less than a handful of creation care teams within the archdiocese's 146 parishes.

"Once we raise awareness, we know that we cannot stop there, though. … The ecological conversion that we're hoping for has to translate into action," she said.

A version of this story appeared in the Sept 20-Oct 3, 2019 print issue under the headline: Season of Creation supports 'web of life' .