Spend Advent with Laudato Si' and a question: What is God asking of me?

by
Spirituality
This article appears in the Advent Meditation with Laudato Si' feature series. View the full series. 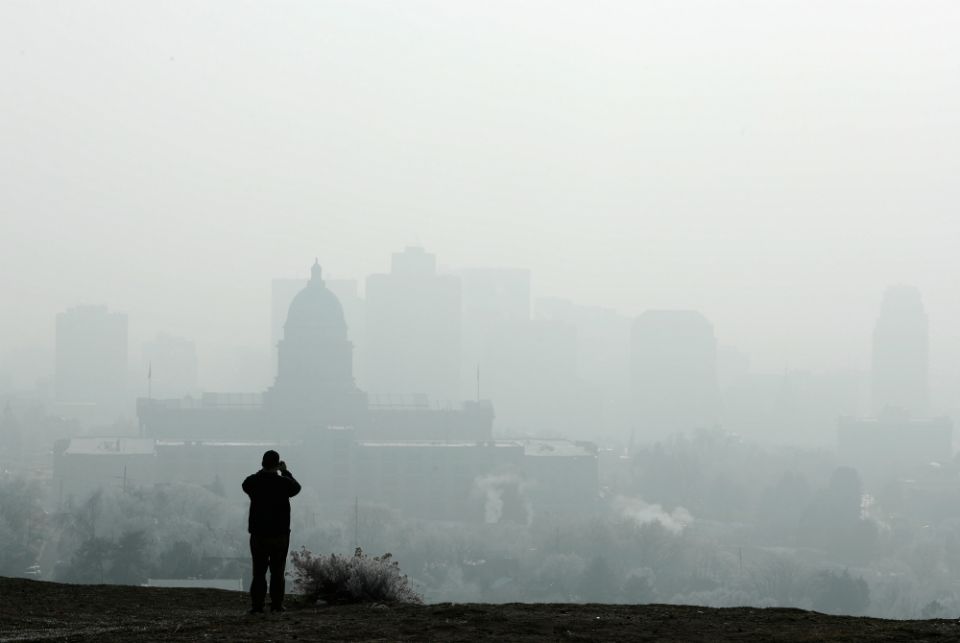 Editor's note: This Advent reflection by Arthur Jones, a former editor and publisher of NCR, was originally published by his parish, St. Vincent de Paul Parish Community in Baltimore. Jones' 30-year career with NCR also included stints as Washington bureau chief, diplomatic correspondent, West Coast correspondent and health care issues correspondent. He's the author of 15 books. For this Advent series, he wishes to acknowledge the inspiration of the Celtic invocations of Alexander Carmichael's Carmina Gadelica. You'll find Jones' reflection for the first week of Advent here. We'll publish his reflections for Weeks 2, 3 and 4 on Dec. 8, 15 and 22.

We need to start this Advent journey through Pope Francis' encyclical "Laudato Si', on Care for our Common Home" alongside the pope as he begins by relying on his namesake, St. Francis of Assisi. The pope takes the title of his encyclical from the saint's "Canticle of Creation": Laudato si', mi' Signore ("Praise be to you, my Lord"). As the pope notes, these are the words through which the saint reminds us that our common home, Mother Earth, "is like a sister with whom we share our life and a beautiful mother who opens her arms to embrace us."

Simultaneously — and not previously in 2,000-plus years of Advent — never has it been easier for Christians to actually visualize what was happening in Judea to Mary and Joseph before, during and after that journey to Bethlehem. The Holy Family is there, in the visuals provided by television, computers, iPads and smartphones. They appear before our very eyes.

Mary and Joseph set off from Nazareth for that difficult — certainly for Mary — four-day walk to Bethlehem. There are popular images of Mary riding on a donkey, not a particularly happy thought in that stage of her pregnancy. It is generally thought that the animal was not there as her transportation; it was there to carry their few belongings, plus food and firewood for the journey. Perhaps she did occasionally risk riding on its back to rest her legs, but it was not her main means of transportation. Like today's refugees, she traveled on foot.

We have seen, and continue to see for ourselves, all the tragic and traumatic elements of uprootedness. And at this time, Pope Francis is tying this uprootedness in part to the despoliation of the Earth, tying it also to the natural order of all living things.

Yes, we are grounded in a faith that to some extent began in uprootedness — but, lo! O yes, there is more to Advent than this sorrow. There is the breath-drawing, anticipated arrival of the joy to the world.

Then the downer. What Francis is telling us, warning us, in Laudato Si' is that joy to the world is hard to find for the billions on the Earth — and in time may be impossible for any of us to find on an Earth threatened to the borderline of extinction unless the people of the Earth, particularly the powerful people, change their ways, change them drastically and change them soon.

Francis is forcefully saying that those imperiling the planet — those who command governments, corporations, and vast networks of commerce and extensive nonprofit systems with a self-centered mission — will just continue to push the planet ever closer to disaster unless they dramatically change their ways. And so will we imperil it unless we change our ways.

To lead us more deeply into the complexities of our ecological crisis, Francis first creates a concept called "integral ecology" — as everything is closely interrelated and today's problems call for a vision capable of taking into account every aspect of the global crisis.

Once more, the pope reminds us that our ecological challenges are twofold, contained always in that "integral ecology." 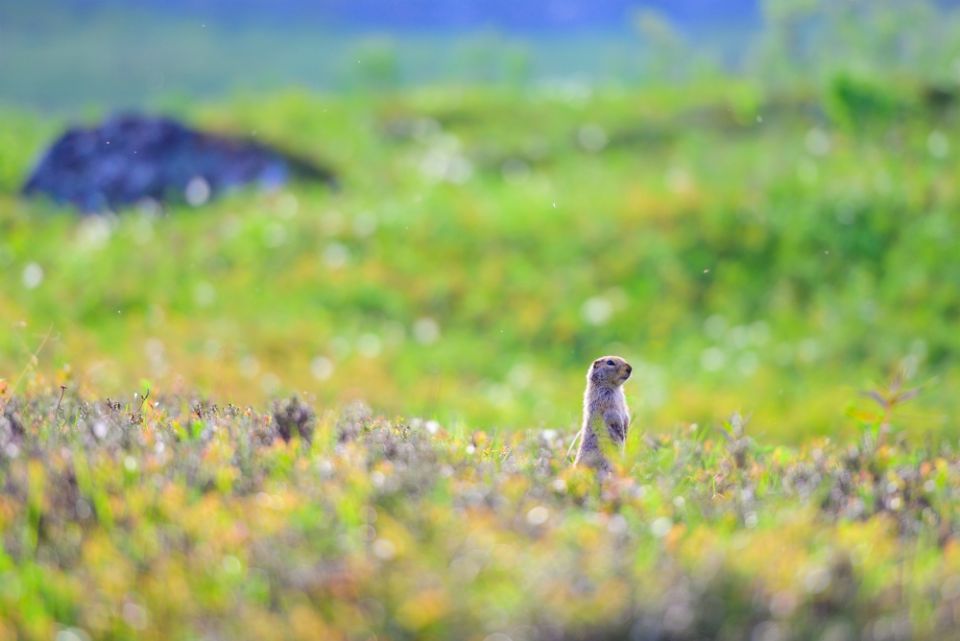 A prairie dog stands near a hill outside of Independence Mine State Historical Park near Palmer, Alaska, June 26. (CNS/The Compass/Sam Lucero)

He writes that it "would hardly be helpful to describe symptoms without acknowledging the human origins of the ecological crisis. A certain way of understanding human life and activity has gone awry, to the serious detriment of the world around us. Should we not pause and consider this?"

The pope takes many thousands of words to consider these human roots of the ecological crisis, some elements of which we shall meditate on later.

Then Francis draws us in: "Why should this document, addressed to all people of good will, include a chapter dealing with the convictions of believers?" He answers:

I am well aware that in the areas of politics and philosophy there are those who firmly reject the idea of a Creator, or consider it irrelevant, and consequently dismiss as irrational the rich contribution which religions can make towards an integral ecology and the full development of humanity. Others view religions simply as a subculture to be tolerated. Nonetheless, science and religion, with their distinctive approaches to understanding reality, can enter into an intense dialogue fruitful to both.

Later, he adds: "In this universe, shaped by open and intercommunicating systems, we can discern countless forms of relationships and participation."

Next, to help us center, the pope places before us Ecumenical Patriarch Bartholomew's notion of the need for each of us to repent of the ways we have harmed the planet, "for 'inasmuch as we all generate small ecological damage,' we are called to acknowledge 'our contribution, smaller or greater, to the disfigurement and destruction of creation.' " 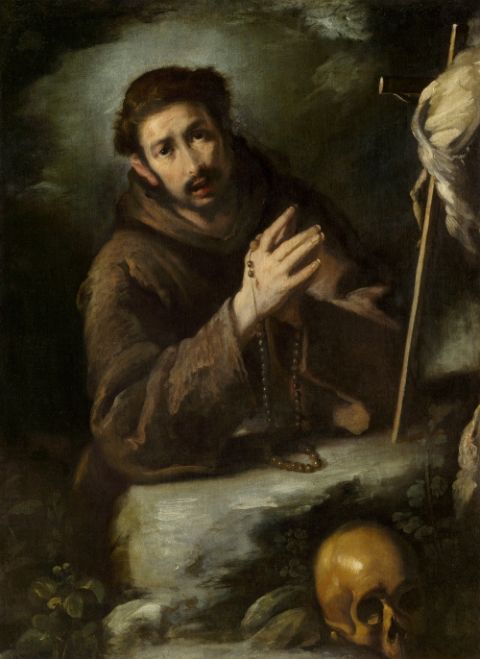 "St. Francis in Prayer," a 17th-century oil on canvas painting by Bernardo Strozzi (CNS/Courtesy of National Gallery of Art)

At the same time, says Pope Francis, St. Francis "helps us to see that an integral ecology calls for openness to categories which transcend the language of mathematics and biology, and take us to the heart of what it is to be human."

Finally, as far as these meditations are concerned, we find great guidance in the pope citing the Brazilian bishops. Pope Francis explains that they have said that "the Spirit of life dwells in every living creature and calls us to enter into relationship with him. Discovering this presence leads us to cultivate the 'ecological virtues.' "

It is a phrase this meditation picks up as its prayerful plea for concluding each reflection:

These reflections, in a way, offer four different ways to meditating, all more or less on the same topics — though from different angles.

Francis has written a 35,000-word encyclical. A meditation is not a course of study. We do not need to memorize anything, nor learn anything. Rather, what we read should help prompt us in the direction our heart and soul and mind want to go and as a consequence have the Spirit develop to lead us.

The question always, in effect, is "What is God asking of me?" Believe me, in a topic this huge, that is not a question quickly answered. Three of the four weeks of thought, soul-searching and asking God for help, to reach the point where we clearly see ourselves in the pope's scheme of things, is an Advent undertaking.

On the fourth week, Francis himself changes the tone. At that point, we can perhaps pick up more joy to the world because we have sensed our fresh role in contributing to the joy by trying to avert disaster.

What we don't have to do is try to hold on to it all. The information's residue, if we're fortunate, will be the door opener to that day's meditation. This is why we meditate, to get it all back under control.

Given we don't have to memorize to meditate, each week's selection will begin with a selection from the Francis' three dozen or so sections and chapter headings — to impress on us again how wide-ranging Laudato Si' is. For openers, let's look at just a quarter of the range:

Any one of these topics is sufficient for a week's reflection, but we have a challenge that takes us from the minutest living organism to the largest human organizations and influences.

The first two weeks can be heavy-going if we try too hard to hold on to everything. Let the moment make the decision as to where the particular day with the pope has a special meaning for you.

By the end of the third week, however, the tone changes significantly. We've a grasp of the pope's range and intent — as if we had been listening to him on a church pilgrimage, and now we're sitting with him at the kitchen table. From walking companion, in conversation (a pretty deep conversation, for sure), to a friend.

The pope, whether he is discussing misguided priorities, adverse effects of technology, or the weakness of environmental responses to date, is direct but never unkind. In one or two instances though, he is unyielding, and we're probably with him on those.

Right now, we join the pope in considering Creation, the last item on the above list. As always, he metaphorically takes us by the hand and leads us to the plight of the Earth, its people and all its living things — and sometimes into places we would rather not go.

EarthBeat | Spend Advent with Laudato Si' and a question: What is God asking of me?