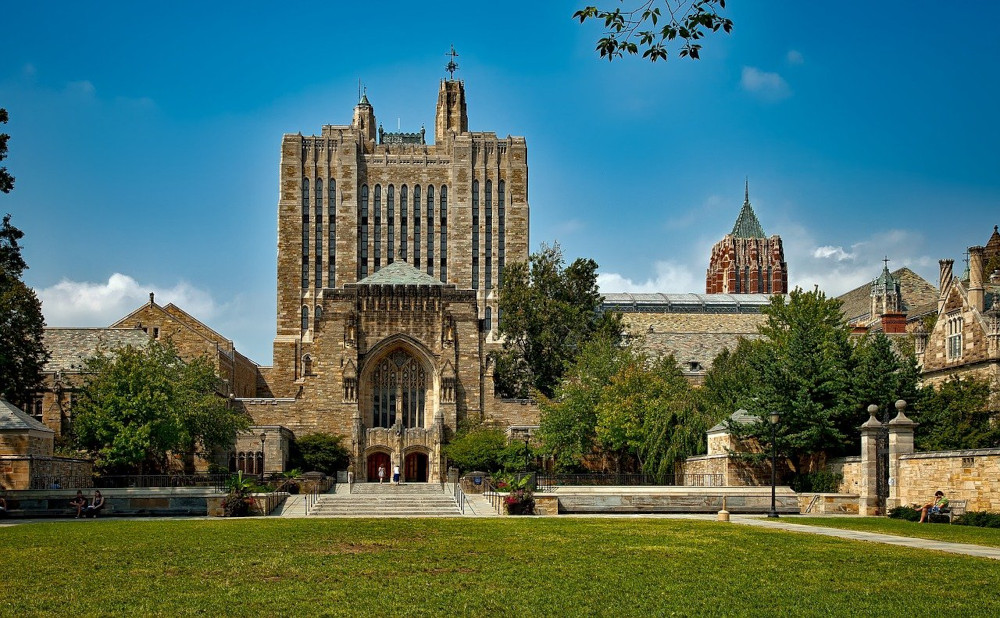 Yale University is one of five elite institutions being targeted by students demanding they divest from fossil fuels. (Pixabay)

Editor's Note: This story is part of 'Climate Crimes,' a special series by the Guardian and Covering Climate Now focused on investigating how the fossil fuel industry contributed to the climate crisis and lied to the American public.

Students at five leading universities have filed legal complaints accusing their colleges of breaking a little-known law by investing in the fossil fuel companies responsible for the climate emergency.

The students from Yale, MIT, Princeton, Stanford and Vanderbilt wrote to the attorneys general of their respective states on Wednesday asking authorities to investigate breaches of the Uniform Prudent Management of Institutional Funds Act, which requires universities to invest in a manner consistent with their "charitable purposes."

The novel legal strategy, developed with lawyers from the Climate Defense Project, argues that the law imposes a legal duty to put the public interest first and that their universities, among the wealthiest and most prestigious colleges in the country, are failing to do so by investing in fossil fuel companies that cause damage to the environment and health.

In addition, the complaints say that investments in coal, oil and gas are not financially responsible, as required by the law, because the industries have an uncertain future.

The five universities together have total endowment funds of about $150 billion, although only a small part is invested in fossil fuel companies.

In their letter to Tennessee’s attorney general, Herbert Slatery, students, faculty and alumni at Vanderbilt University accused the college’s board of trustees of breaching its duties with investments from its $10 billion endowment.

"We ask that you investigate this conduct and use your enforcement powers to bring the Board of Trust’s investment practices into compliance with its fiduciary obligations," the letter said.

Hannah Reynolds, an anthropology student and co-coordinator of Divest Princeton, said the group filed the complaint after her university failed to act on earlier proposals to shed investments in fossil fuel companies.

"There’s been nine years of fossil fuel divestment organizing at Princeton and no commitment or action by Princeton. We’ve exercised every option, we’ve made every argument that we can, and Princeton hasn’t taken it seriously," she said.

Reynolds accused the university of stalling by having various panels and committees review divestment proposals, only to see them recommend contradictory actions that limit the scale of action. Last year, Princeton’s board of trustees announced it would divest from coal and tar sands but not oil and gas.

Aaditi Lele, an organiser of the divestment campaign at Vanderbilt University, said students there faced a similar struggle.

"Every time we ask them about fossil fuel divestment, they refer back to other actions that they’re taking to make the campus itself greener, such as carbon offsets, but they fail to address actual divestment. A lot of what they do is just greenwashing through mentioning those other actions and then using that as justification to pretend that that’s enough," she said.

Students at the five universities coordinated their action following similar initiatives at Harvard and Cornell, which both subsequently announced they would shed fossil fuel investments.

'There's been nine years of fossil fuel divestment organizing at Princeton and no commitment or action by Princeton.'
—Hannah Reynolds

"We’ve seen other schools, specifically Harvard and Cornell, take the same approach," said Reynolds. "Within months, both of those schools have divested. So our hope is that by taking this action, that maybe this will finally be taken seriously."

The students are also seeking to put pressure on their universities by drawing public attention to their continued financial involvement with the coal, oil and gas industries.

Asked why the student groups asked state attorneys general to investigate instead of pursuing direct legal action, Reynolds said it was a question of resources.

"Princeton is a university with a $39 billion endowment, so they really have a lot of resources that we don’t have. I’m sure that they would be able to hire the lawyers to defend them in a way that would be much more difficult for us. We don’t have any funding or anything. It’s a bunch of volunteers in our campaign," she said.

Four of the universities are in states with Democratic attorneys general and their students expect at least a sympathetic hearing. Vanderbilt is in Tennessee, where Slatery is a Republican. But campaigners note that he declined to join 27 other states in a lawsuit against President Barack Obama’s policies to mitigate the climate crisis.

Lele said the environmental crisis had not passed Tennessee by. The state was hit by catastrophic flash flooding last year that killed 20 people and damaged hundreds of homes.

"Environmental degradation and its impacts have really been at the forefront of the conversation. So we’re hopeful that the political affiliations of the state don’t impede their understandings of the gravity of the situation," she said.