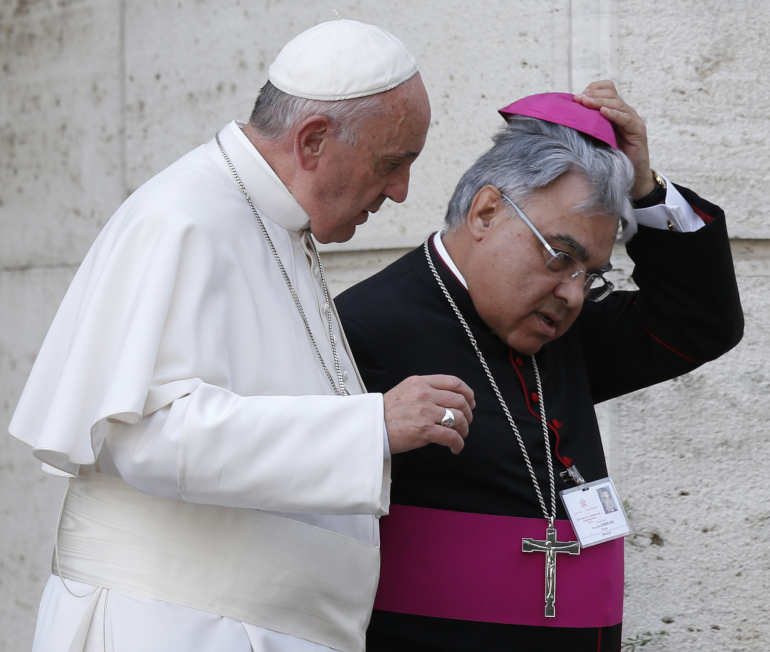 Pope Francis has moved quickly to fill the senior Vatican leadership post left open three weeks ago by the forced resignation of Italian Cardinal Angelo Becciu, naming the secretary of his advisory Council of Cardinals as the new prefect for the Catholic Church's sainthood office.

The appointment of Marcello Semeraro, announced Oct. 15, appears to indicate the pontiff wanted a trusted hand to fill the place of Becciu, who has been the subject of an ever more fantastical series of allegations of financial impropriety in recent weeks in Italian media. 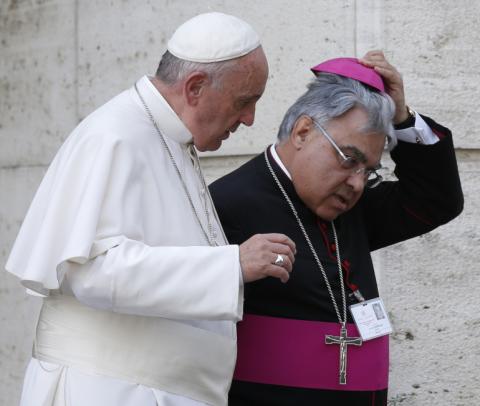 Semeraro, from Puglia, the region on the heel of Italy's boot, has been serving for more than fifteen years as the head of the Diocese of Albano, just to the southeast of Rome.

As the secretary for the Council of Cardinals, the bishop has also been taking part in the group's meetings since 2013 and has played an extensive role in helping draft the new apostolic constitution that is expected to substantially reorganize the Vatican's various offices.

Becciu resigned his post as the head of the sainthood office Sept. 24, following an apparently tense meeting that day with Francis. The Vatican has not yet given any explanation for the dismissal, which it also said included a renunciation by Becciu "of the rights connected to the cardinalate."

Becciu began his role at the sainthood office in 2018. He had previously served seven years as one of the highest officials at the Vatican's Secretariat of State.

In a press conference Sept. 25, Becciu said the pope had accused him of embezzlement, nepotism and financial malpractice. The cardinal denied any wrongdoing.

Among allegations that have emerged in Italian media are reports that Becciu used his position at the Secretariat to inappropriately send some 100,000 euro ($116,000) to a Caritas organization run by his brother. Becciu told reporters Sept. 25 that he had sent the funds, but that they had been used for legitimate purposes.

The allegations against the cardinal took an odd twist Oct. 13, with the arrest on an international warrant of a woman with apparent ties to Becciu. Italy's financial police said Cecilia Marogna had been arrested in Milan on a warrant issued by the Vatican.

The Vatican has not commented on the arrest. Italian newspapers have reported allegations that Becciu sent hundreds of thousands of euros to Marogna, purportedly intended for humanitarian purposes but then used by her for purchase of luxury items.

In the bulletin containing Semeraro's new appointment, the Vatican also announced that Francis had renewed the mandates of the six current members of the Council of Cardinals, had added a new cardinal to their ranks, and had a named a new secretary for the group.

The new member is Congolese Cardinal Fridolin Ambongo Besungu, who has served as the archbishop of Kinshasa since 2018. The new secretary is Bishop Marco Mellino, who had already been serving in the group as an adjunct secretary.

The Council of Cardinals had their last meeting Oct. 13, in which the members took part virtually.

A version of this story appeared in the Oct 30-Nov 12, 2020 print issue under the headline: Francis fills vacant post left by fired cardinal.