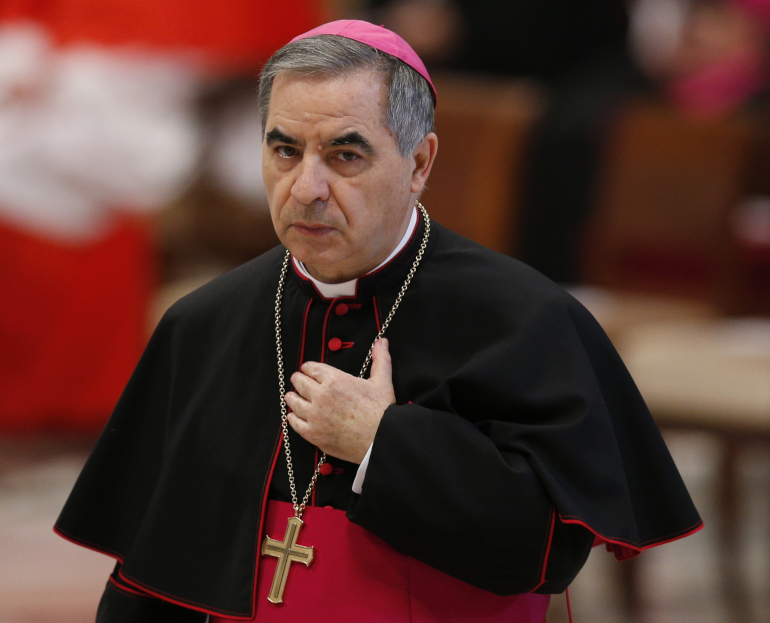 Editor's note: This story was updated Sept. 25 to include details about Cardinal Angelo Becciu's press conference following his resignation.

One of the highest-ranking cardinals in the Catholic Church resigned his Vatican post unexpectedly Sept. 24, with the city-state giving no explanation for the dismissal.

In a surprise bulletin late in Rome, the Vatican said Italian Cardinal Angelo Becciu had both left his position as head of office responsible for overseeing Catholic sainthood causes and renounced "the rights connected to the cardinalate." 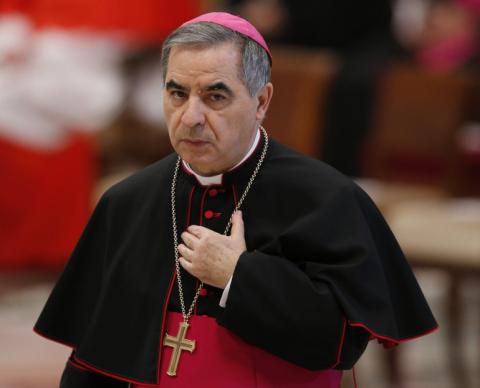 The bulletin gave no further details, but it is extremely rare for a cardinal to make such a move. The last cardinal to so renounce the rights of the cardinalate was Scottish Cardinal Keith O'Brien, who had been accused of inappropriate sexual relationships with other men.

Becciu had been serving as the head of the Congregation for the Causes of Saints since August 2018. He had previously served in the Vatican's Secretariat of State, in a role often described as akin to the pope's chief of staff.

In that previous role, Becciu had been rumored to be connected to a controversial deal in which the Vatican invested in a development project in London.

Vatican police have been investigating the deal for months. In October 2019 they conducted a highly unusual raid of the Secretariat of State's offices, collecting documents and electronic devices suspected to be connected to the deal.

The Vatican's terse Sept. 24 statement said only that Pope Francis had accepted Becciu's resignation from office and the rights of the cardinalate. It appears to indicate that Becciu remains a cardinal in title only, and would be unable to participate in any future conclaves.

The Vatican press office did not respond to a request for more information on the reasons behind Becciu's resignations or for clarity on his status as a cardinal.

In a press conference Sept. 25, Becciu said he had resigned after a "surreal" meeting with Francis in the early evening of Sept. 24. Becciu said the pope had accused him of embezzlement, nepotism and financial malpractice.

The cardinal denied any wrongdoing, but said: "I will never betray the pope and am ready to give my life for him."

Several Italian outlets reported Sept. 25 that Becciu had been accused of using Vatican funds while he was in his position at the Secretariat of State to support a Caritas project run by his brother in their home diocese on the Italian island of Sardinia.

Becciu told reporters that he had sent 100,000 euro ($116,000) to Caritas in the diocese of Ozieri, but that it was done to support projects helping those experiencing unemployment.

"I was white in the face," the cardinal said about his meeting with the pope. "Certainly it was not a good moment."

Becciu said the pope had told him, " 'I no longer have trust in you.' "

Becciu has previously denied any allegations of impropriety in the London property deal, which has been described by Italian media as an opportunity to make a profit on upgrading office spaces into luxury apartments.

"An investment was made on a building," the cardinal said in February. "It was a good and opportune occasion, which many people envy us for today."

Becciu had previously been a Vatican diplomat, serving as the city-state's ambassador to Angola under Pope John Paul II and as its ambassador to Cuba under Pope Benedict XVI. The future cardinal began serving in his role at the Vatican's Secretariat of State, where he was Substitute for General Affairs, in 2011.

Francis named Becciu to the saints congregation in May 2018, and made him a cardinal in June 2018. In his role at the saints office, Becciu oversaw the canonizations of a number of prominent figures, including martyred Salvadoran Archbishop Óscar Romero.