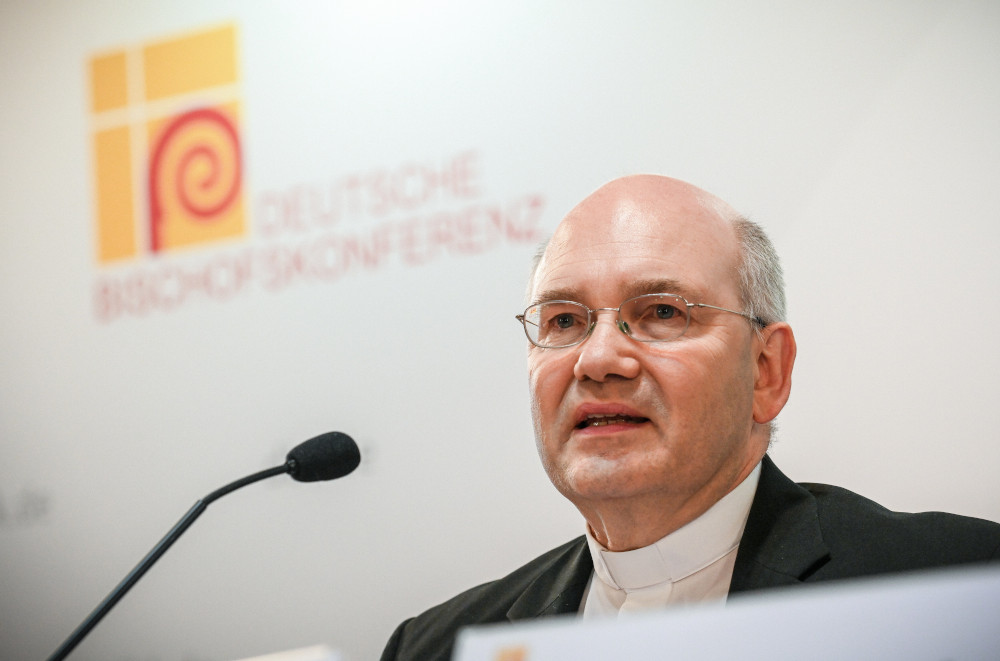 German Bishop Helmut Dieser of Aachen speaks during a news conference in Fulda Sept. 28, 2022. Bishop Dieser is pleading for the Catholic Church to take a new perspective on sexuality. (CNS photo/Harald Oppitz, KNA)

Bishop Helmut Dieser of Aachen wants the Catholic Church to take a new perspective on sexuality.

"Same-sex feelings and love are not an aberration, but a variant of human sexuality," he said in an interview with Deutsche Welle Nov. 8. His remarks were reported by the German Catholic news agency, KNA.

Homosexuals have a right to church support and blessing, said the bishop, who is also the spokesman on abuse issues for the German bishops' conference. He said the current state of church teaching does not do justice to certain realities when it comes to sexuality: "The thinking is too simple."

KNA reported the bishop said the church can no longer signal to homosexual people that their feelings are unnatural and that they have to be celibate.

"Homosexuality is -- as science shows -- not a glitch, not an illness, not an expression of any kind of deficit, and by the way it's not a consequence of original sin, either," the bishop said, adding that if two lesbians approached him to have a child baptized, he would do it. "Where is the problem, I ask."

On Nov. 14-18, Dieser and other German bishops will be at the Vatican to meet with Pope Francis and other Vatican officials for their "ad limina" visits, periodic visits to report on the status of their dioceses.

Dieser also defended the Synodal Path taken by the church in Germany and its demands for reform.

"The Synodal Path is, after all, a consequence of the uncovering of sexual abuse scandals. And reliable scientific studies show that these scandals have systemic causes in the church," he told Deutsche Welle.

He said the bishops also wanted to present to Francis with the papers that had received too little approval from the bishops at the last plenary assembly of the Synodal Path. The aim, he said, is to ask the pope for a further development of the church's teaching. He said Rome needs to respond to the proposals and suggestions of the Catholic Church in Germany, because the Vatican had ignored reform proposals from Catholic dioceses of West Germany in the 1970s.

To not respond "would be a failure of authority in the church. We must not ignore the voice of the people of God," the bishop said.