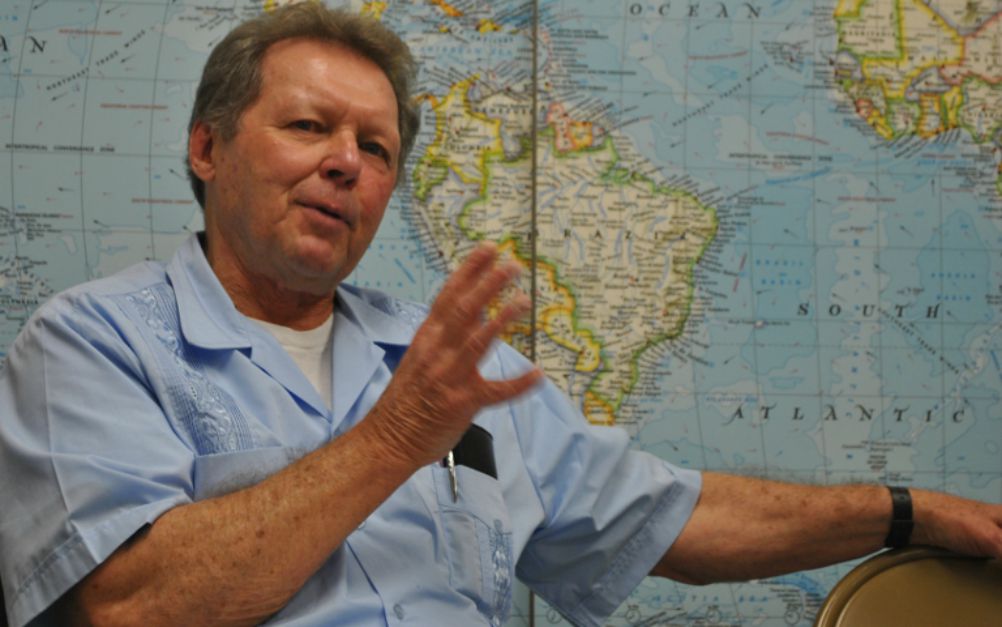 A new petition has been launched to reinstate a popular priest who was excommunicated for his support of female ordination.

CORPUS, an organization begun by resigned priests and their families that calls for a more inclusive church, released a petition June 28 to reinstate former Maryknoll priest Roy Bourgeois. Bourgeois was excommunicated after saying the homily at an August 2008 Mass of ordination for longtime friend Janice Sevre-Duszynska, who was ordained into the Association of Roman Catholic Women Priests.

Many other Catholic groups have also endorsed the petition, including School of the Americas Watch, Call to Action and Women's Ordination Conference.

Although the original wording only proscribed sanctions upon women who participate in an ordination ceremony and those who perform the rite, the "Decree was broadened to include Roy's action (and that of other like-minded 'offenders') because he was not, in fact, the ordaining bishop at the ceremony," the petition's prologue says.

Bourgeois is a longtime peace activist, who spent years serving as a Maryknoll priest in Latin America and Chicago, founded the School of the Americas Watch, and has spent more than four years combined in detention, usually in short stints for protests.

Bourgeois says his stance on the ordination of women, for which he fought for years after delivering the controversial homily, is a matter of conscience and that he will not back down from his belief that the church is currently plagued with sexism and clericalism.

"It's about power," Bourgeois told NCR. "These male priests see women in the church as a threat."

Having grown up in the U.S. South during segregation, Bourgeois said he remembers the practice was justified as "tradition" and that "separate but equal was our mantra."

"Years later, here I am a Catholic priest, and I notice something very similar," he said. "Our church leaders are saying the all-male priesthood is our tradition … and they're also saying men and women are equal, but have separate roles."

Bourgeois' fight within the institutional church ended in November 2012, when the Maryknoll order confirmed his "excommunication, dismissal and laicization" by the Congregation for the Doctrine of the Faith in a letter announcing his removal.

The petition asks that signees write their own cover letters, send it to their local bishops and the Congregation for the Doctrine of the Faith, and encourage others to sign it as well.

While the petition requests the reinstatement of Bourgeois by name, "it's much broader than Roy and excommunication," Jim Ewens, who was involved in writing the petition and serves as the editor of Corpus Reports, a bi-monthly publication by CORPUS, told NCR. The petition asks that that "all other Catholics who have been similarly banned by the Decree of May 29, 2008" be readmitted to communion.

It also calls for a more open church that seriously considers the lived experiences of its members. Such a church would "support — rather than deny — the right of couples to practice birth control," the petition says, as well as "the right of divorced and remarried Catholics to follow their consciences and receive the Eucharist. It would embrace the uniqueness of those in our midst who are lesbian, gay, bisexual, and transgender. "

Bourgeois says that these issues of conscience are at the heart of the petition, and he was glad that they were included along with the call for his reinstatement.

"That's why I'm supporting it," he said.