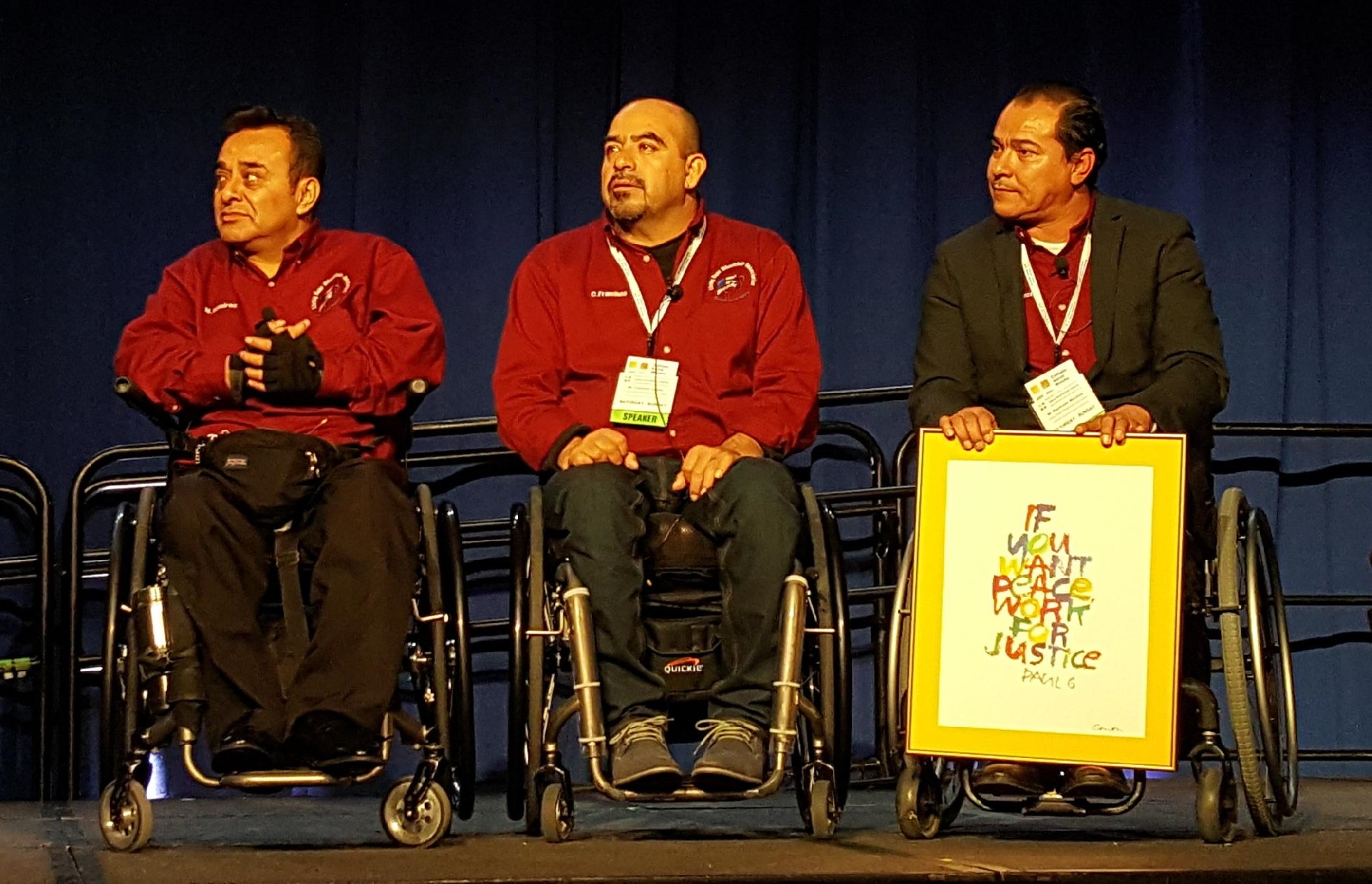 Noe Ramirez came to the United States from Mexico to earn money to help support his family. But one day, on his way to work, a drunk driver ran him over in a hit-and-run accident, breaking his chest and spine.

"It was devastating for me," Ramirez said through an interpreter. "One minute to the next, they tell you you’ll never walk again."

Then, in 2005, Houston’s Harris County decided to stop providing medical equipment and supplies to people with spinal cord injuries who were not eligible for Medicaid—many of them undocumented immigrants.

To fill that gap, the Living Hope Wheelchair Association was started and has grown, thanks to grants from the Catholic Campaign for Human Development. Living Hope received the Sr. Margaret Cafferty Development of People’s Award Feb. 3 at the Catholic Social Ministry Gathering (CSMG) in Washington D.C.

In presenting the award, CCHD noted that many organizations that serve disabled people rarely consider undocumented persons, while many immigration reform groups don’t think about the disabled. Living Hope serves those who in need, regardless of immigration status.

The annual award honors an individual or group whose work demonstrates an outstanding witness to Gospel values and action on behalf of justice. It is named for Cafferty, a Presentation sister who was an educator, community organizer and social justice leader who pioneered new models of building community and addressing poverty.

In accepting the award, Ramirez noted that "God never abandoned us" and that "the Catholic Church has not abandoned us."

Immigration was a key theme of the first day of the CSMG, which brought together more than 500 Catholics who work in social justice ministries. The event continues through Tuesday, Feb. 6, and concludes with an advocacy visit to Capitol Hill.

In his keynote address, "Where is Your Brother?" Auxiliary Bishop Eusebio Elizondo of Seattle spoke after a video address by Pope Francis about migrants and refugees, and our call as Catholics to welcome, protect, promote and integrate the strangers in our midst.

"After hearing Francis' message, I was just tempted to sit down and shut up," Elizondo quipped, to much laughter.

Skipping the policy debate, he spoke as pastor of an imperfect flock that must seek always to become better disciples. Noting that discipleship is the work of a lifetime, he encouraged those present to see immigration work not as work but rather as "a mission to encounter our brother and sister."

Even if, because of our spiritual "myopia," our brother or sister "doesn't look like me," he said.

A canon lawyer, Elizondo distinguished between that which is illegal and that which is immoral when it comes to immigration, and urged charity always.

On policies regarding the Deferred Action for Childhood Arrivals (DACA) and temporary protective status (TPS) programs, which the Trump administration has announced is being terminated for Haitians and El Salvadorans, labor unions and the Catholic bishops are in agreement, Kiley said. He is the director for immigration policy for Unite Here and chaplain for the Chicago Federation of Labor.

Unite Here is working closely with the Catholic Legal Immigration Network (CLINIC), funding an attorney to look at alternatives to TPS, working on citizenship drives and drawing on the organization’s resources for legal aid for union members, he said.

Indeed, immigration issues emerged as a common legislative priority at the state level for both Catholic Conference directors and state AFL-CIO presidents, according to a joint study by the Catholic Labor Network and the Kalmanovitz Initiative for Labor and the Working Poor at Georgetown University. In issues such as sick and family leave, both groups reported "significant – and similar – levels of activity," the report said. The "Shared Values" study showed that there are opportunities for greater collaboration "because both are deeply rooted in these issues," said Alexandros Taliadoros, one of the authors, in an interview.

In a key labor issue, the U.S. Catholic Conference of Bishops recently sided with public sector labor in a U.S. Supreme Court case, filing a brief in favor of the American Federation of State, County, and Municipal Employees, which is being  challenged over its right to collect money from nonmembers for collective bargaining.  U.S. bishops have consistently been against "right to work" policies that would weaken organized labor, said Michael O’Rourke, labor policy adviser for the Justice, Peace and Human  Development department for the USCCB at the meeting.

"This is one of the most essential issues to American labor unions," said Clayton Sinyai, executive director of the Catholic Labor Network. Right-to-work laws allow individuals to opt out of paying union dues while enjoying the benefits, which "makes it extremely difficult for unions to operate," he said. 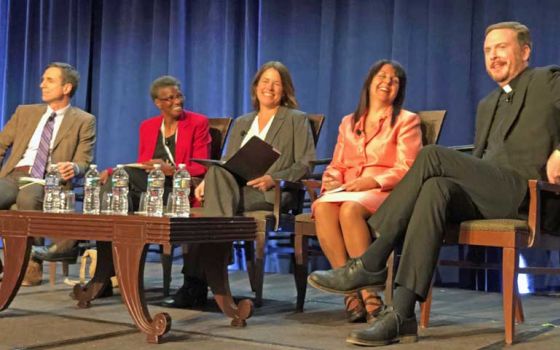 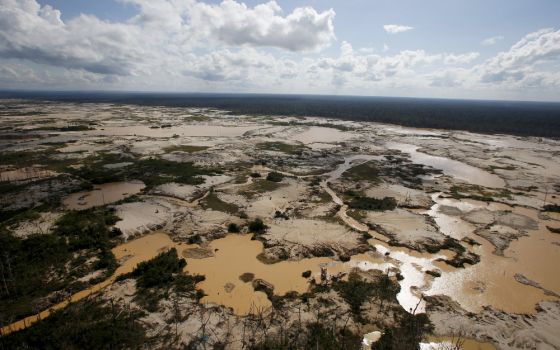 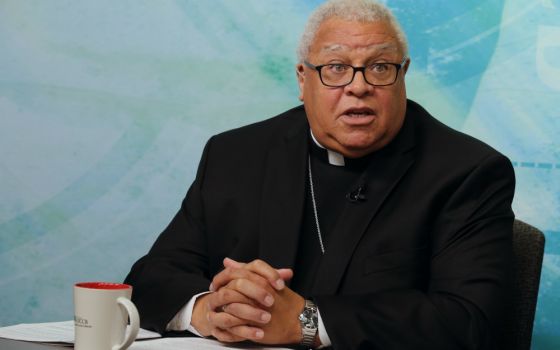 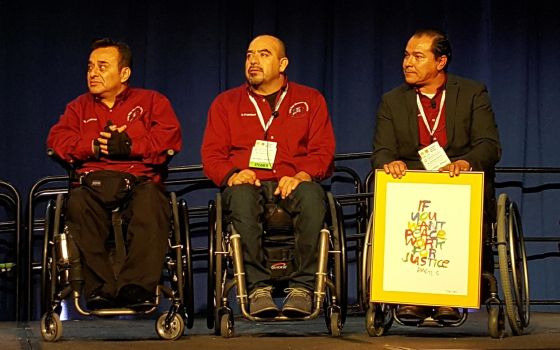