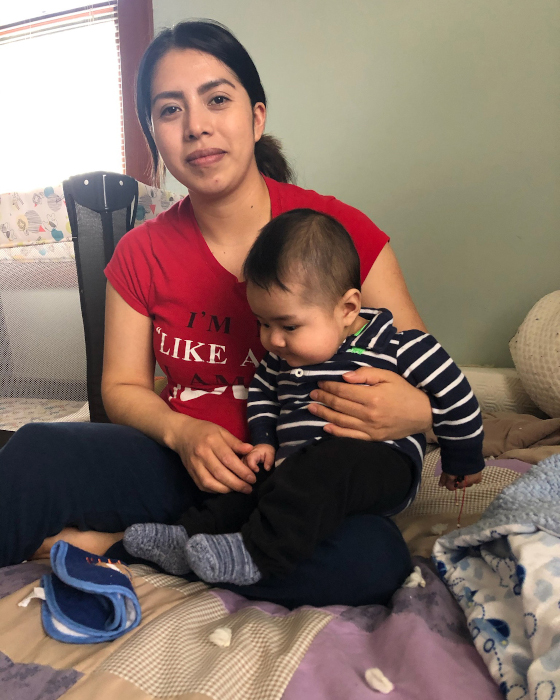 Rosa and her son Pedro are seen at the Iowa City Catholic Worker House in this undated photo. Her husband is an immigrant who has been detained in jail. Bishop Thomas R. Zinkula of Davenport, Iowa, has asked the chief of Homeland Security in Cedar rapids, Iowa, to release three Guatemalan immigrant detainees because the COVID-19 pandemic "places immigrants being detained in a very vulnerable situation." (CNS/The Catholic Messenger/Anne Marie Amacher) 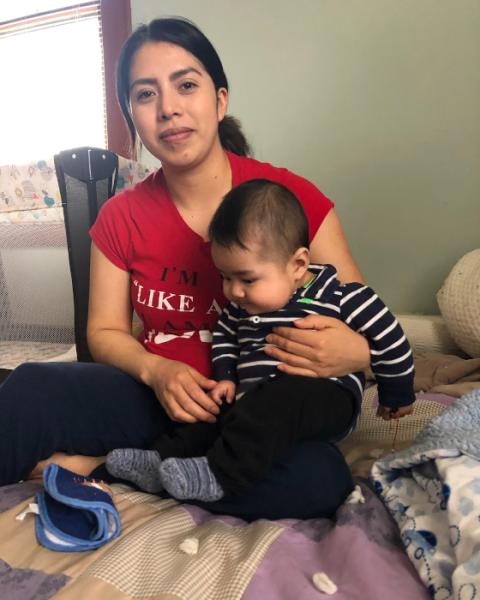 Rosa and her son Pedro are seen at the Iowa City Catholic Worker House in this undated photo. Her husband is an immigrant who has been detained in jail. Bishop Thomas R. Zinkula of Davenport, Iowa, has asked the chief of Homeland Security in Cedar rapids, Iowa, to release three Guatemalan immigrant detainees because the COVID-19 pandemic "places immigrants being detained in a very vulnerable situation." (CNS/The Catholic Messenger/Anne Marie Amacher)

The bishop said he chose to take action after reading about the immigrants' situation in secular media and through emails from the Iowa City Catholic Worker, advocating on behalf of the men and their families. He has not yet received a reply to his letter.

The wives of two of the men described the traumatic experience of their husbands' separate arrests during a May 6 news conference in Cedar Rapids. All three men were arrested March 4 by U.S. Immigration and Customs Enforcement ICE and other law officers.

Her husband and Juan Cuyuch-Brito are brothers. Jose Cerillo is her brother-in-law. All three men were charged with using false work visas and Social Security numbers. Jose also was charged with reentry into the U.S. after fewer than 10 years since a prior removal, Goodner said.

"People have to understand that undocumented immigrants using false work visas and Social Security numbers do so because they want to work and support their families. They are the essential workers on our farms and in meat-packing plants and other jobs," Goodner said.

During the news conference, Jose's wife, Juana, said that around 6:45 a.m. March 4 her husband got up to see who was knocking at the door of their apartment in Cedar Rapids. ICE and other officers broke down the door to enter, Juana said, speaking in Spanish. Her interpreter was Emily Sinnwell of the Iowa City Catholic Worker.

Nine officers were involved in the raid. Officers searched through all of Juana and Jose's clothes, Juana said. She was questioned at length and officers obtained information about her brothers — Jacinto and Juan — through her phone contacts. 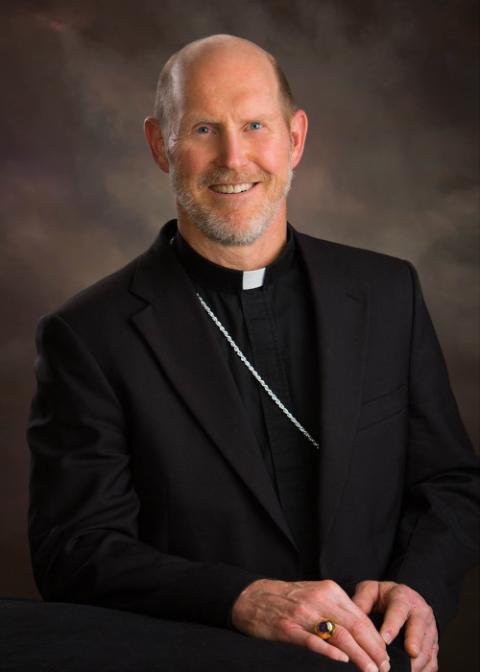 During questioning that lasted 2-and-a-half hours, Juana was not allowed to use the bathroom. Her 9-year-old daughter was in the apartment with her. Juana worries about her husband's health in jail because he has a serious heart condition. She choked up as she asked for mercy at the recorded news conference. "Help Jose and my brothers to get out. ... If Jose gets sick and dies, we will never see each other again."

Rosa, Juana's sister-in-law, also speaking in Spanish, said her husband received a phone call from his sister around 9:30 a.m. that officers were looking for him. "I told him not to go," she said as Sinnwell interpreted. But he chose to meet the officers outside the couple's home in Marion so that they would not come in and scare the baby.

After he had been taken, "I felt very alone. I was by myself with my 2-month old baby," Rosa said. Her husband's absence "has affected me a lot, and my baby." She also pleaded for her husband's release. "I need him alive and well."

Linn County Supervisor Stacey Walker said during the news conference, "The ICE raids that happened and continue to happen are an abomination. Surely there are better uses for our taxpayer dollars than surveilling hard-working folks in our neighborhoods and carrying out traumatic raids on their homes."

He added, "The three individuals we're advocating for are low-level, nonviolent offenders. They were never a threat to society. ... They are hard-working individuals who like most Americans, are seeking to provide a better life for their families."

Iowa City Catholic Worker and Iowa Citizens for Community Improvement are advocating for release of the three Guatemalan detainees under the banner of the social media campaign #Free Them All 4 Public Health.

Zinkula, in his letter to Homeland Security Chief Michael Hindman in Cedar Rapids, said the U.S. Conference of Catholic Bishops "accepts the legitimate role of the U.S. government in enforcing immigration laws."

"However," he continued, "the USCCB believes that in the process of enforcing those laws, the U.S. government must protect the human rights and dignity of all migrants, giving particular consideration to the most vulnerable of those migrants. This has been a long held position. The present COVID-19 pandemic places immigrants being detained in a very vulnerable situation."

Allowing the three men to return home as they await their next court hearing, he said, would reduce their exposure to the coronavirus, as well as reduce the risk for those jailed "for legitimate public safety reasons" and jail staff.