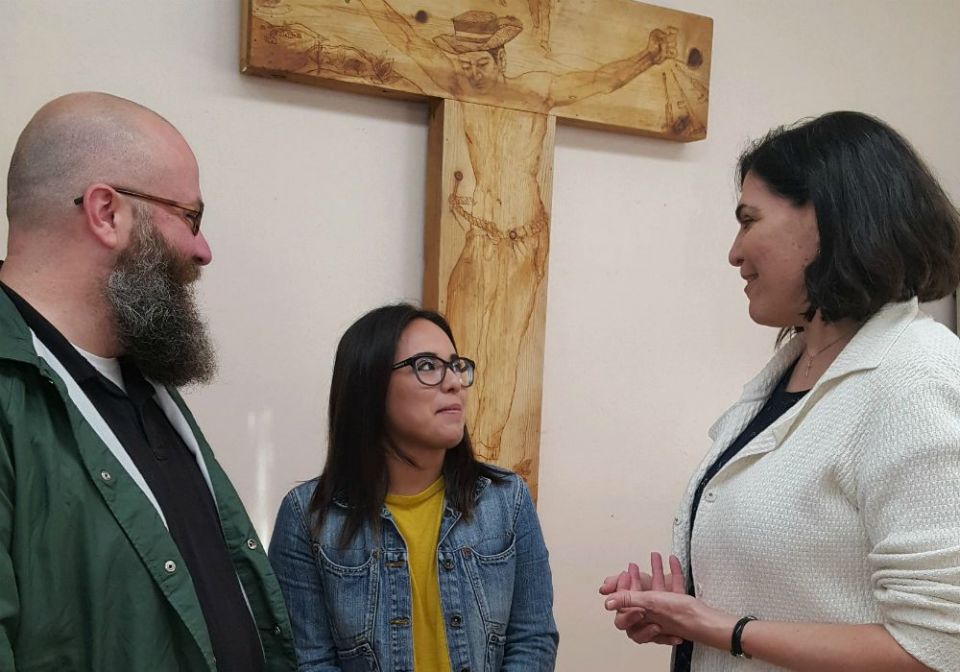 Fabiola was not quite 4 years old when she entered the United States from Mexico with her parents — without documentation.

Today, the diminutive 20-year-old is a full-time college student majoring in business administration, who works two part-time jobs and is active in her East Los Angeles community, notably at Dolores Mission Parish where she attended grade school, received first Communion and was confirmed.

But rather than hopeful about a bright future, the former parish youth group leader is awash in anxiety, confusion, frustration and fear as are many friends and family by the threatened end of the federal Deferred Action for Childhood Arrivals (DACA) program.

DACA has allowed undocumented young people like Fabiola, popularly called "Dreamers," to work and study legally in the U.S. since it was fielded by the Department of Homeland Security in 2012.

In September, the Trump administration said DACA will be terminated. If Congress does not legislate a reprieve, effective March 6 nearly 1,000 Dreamers a day could lose their protected status and be subject to deportation. 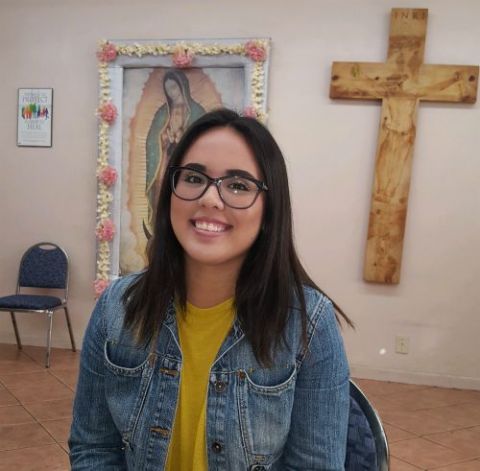 Fabiola has only known the United States as her home. (Dan Morris-Young)

The rollercoaster ride continued. Fabiola was momentarily buoyed by recent headlines declaring a potential "path to citizenship" for Dreamers, only to have hopes choked off by Trump administration trade-offs and caveats including billions of dollars for a border wall with Mexico and an end to what is called "chain migration."

Among other things, chain migration allows persons who are or who have become U.S. citizens to apply to sponsor family members' admission into the country.*

Some DACA-saving legislation being discussed is said to disallow or discourage persons who have become citizens from sponsoring relatives.

"Why?" Fabiola asks. "We are not criminals. We are helping develop this country. We are business owners. We are in the military. We contribute to the economy. We pay taxes. We are trying to do our part in a country that has been the only home I know. We are doing what regular American citizens do in this country."

"Fabi," as most call her, said it was not until she was in high school that her parents explained the implications of her not having been born in the U.S. In short, she was an illegal immigrant. She was devastated.

"Until then the biggest stress in my life was my homework," she told NCR on Jan. 28. She quickly educated herself on the "harsh realities of government and politics" and the implications of her and her family's increasingly precarious U.S. living situation.

"I developed real anxiety," she admitted, "and felt like 'What is the point?' " of thinking about college or other future plans.

DACA, she said, came along "as a bright light." With the help of the Loyola Immigrant Justice Clinic, which operates out of Dolores Mission, Fabiola secured DACA status.

However, her bright light went dim in September.

Fabiola's 15-year-old brother is a U.S. citizen because he was born here. If Fabiola or their parents were deported, he could apply for them to be reunited with him under current laws after he turns 21.*

"To be honest," Fabiola said, "my parents are kind of ignoring the situation, which is also scary for me. We have no real plan yet as to what to do if any of this happens. I need to sit down with them."

Her father works in construction, and her mother is employed by a clothing factory.

Both of them, Fabiola said, would willingly return to Mexico if it meant she and her brother could have productive lives in the U.S. The prospect of separation terrifies her.

So does a forced return to Mexico. "I have some vague memories, and we have relatives there, but this is where I grew up and went to school. It is where my life is. I really don't know anything other than here and California."

"I do not know the life there, the school system, anything about employment," she said. "To make a new life from the bottom up is scary. There are so many questions passing through your head."

NCR talks to Fabiola about what she would tell President Donald Trump about Dreamers.

The relentless uncertainly about what might happen exhausts her, she admits. "I have had panic attacks."

She constantly worries about raids on her home or parents' workplaces by Immigration and Customs Enforcement. "It is a constant tightrope."

Dreamers from Mexico are by far the largest contingent of the nearly 800,000 young adults who have received DACA status since 2012. El Salvadorans, Guatemalans and Hondurans follow, according to multiple sources.

DACA protection spanned two years, after which holders could petition for renewal. No path to citizenship was contained in its provisions.

* This story was updated to clarify family reunification laws.

Read this next: Editorial: Stop mass deportations now
A version of this story appeared in the Feb 9-22, 2018 print issue.