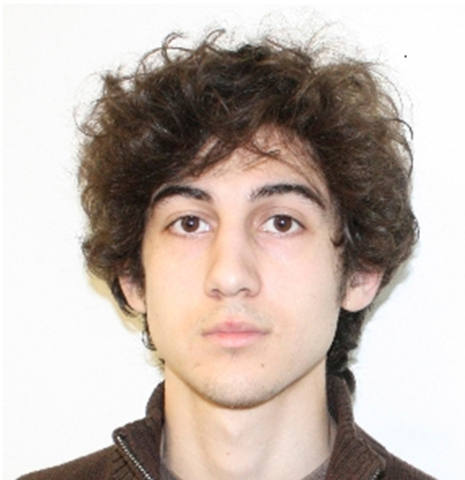 Dzhokhar Tsarnaev, 19, is pictured in this undated FBI handout photo. On May 15, a jury found him guilty on all 30 counts against him and sentenced him to death by execution. (CNS photo/FBI handout via Reuters)

A jury has sentenced Boston Marathon bomber Dzhokhar Tsarnaev to death by execution.

The jury’s decision closed one of the most painful chapters in Boston’s history.

The judgment comes from the same group of seven women and five men who found Tsarnaev guilty on all 30 counts related to the April 15, 2013, bomb attacks and four-day manhunt. The jury found him responsible for killing four people, seriously maiming 17 and injuring hundreds more.

In the end, it all came down to one question: Should Tsarnaev be put to death or spend the rest of his life in a federal prison with no possibility of parole?

In reaching their verdict, the jurors weighed 12 aggravating factors against 21 mitigating factors. They were charged to consider the suffering Tsarnaev caused, his intent, his character and his relationships, among other things.

The verdict ends an extraordinary trial that brought amputee victims and a bereaved father face-to-face with the 21-year-old man who tore their bodies and lives apart in an act of terrorism two years earlier. In the first phase of the trial, as jurors considered guilt or innocence, they visited the boat where he hid, bled and carved in wood what prosecutors called his manifesto.

“Stop killing our innocent people and we will stop,” Tsarnaev wrote in a reference to Muslims’ suffering around the world.

From the trial’s courtroom start on March 4, the defense team acknowledged his involvement in the bombings, which he planned and carried out with his older brother, Tamerlan Tsarnaev, who died during the manhunt after Dzhokhar ran over him fleeing police. The big question from day one was which sentence the jury would choose.

Only two options were available because Tsarnaev was charged under federal law, which requires at least life in prison for 17 of the counts. There is an option of death if the jury finds that circumstances warrant it. Because the case was tried in federal court, the jury could choose execution, even though Massachusetts state law prohibits the death penalty.

Related: Sr. Helen Prejean: Tsarnaev 'genuinely sorry for what he did'

“Check them off,” she told jurors in her closing statement. She explained there should be no doubt his crimes met the aggravating criteria because they were premeditated, cruel, depraved and especially heinous.

Clarke went on to emphasize, though, that any mitigating factor could outweigh all others, and any single juror could be “a safeguard against the death penalty.” She urged jurors to consider that “Dzhokhar never would have done this but for Tamerlan” and said now he regrets following his brother to such a violent end.

“The critical thing is that Dzhokhar is remorseful today,” Clarke said. “He has grown over the last two years. He is sorry. And he is remorseful.”

Prosecutors weren’t buying it. In the government’s rebuttal, Assistant U.S. Attorney William Weinreb looked closely at what Tsarnaev reportedly said about his victims in a recent meeting with Sister Helen Prejean, a Catholic nun who is an anti-death-penalty activist. She testified that he told her, “No one deserves to suffer like they did.”

“That doesn’t tell you much,” Weinreb said. He said the sentiment is consistent with statements Tsarnaev wrote in the boat: “I don’t like killing innocent people, but in this case it is allowed” and “I can’t stand to see such evil go unpunished.” He said Tsarnaev’s belief system justified killing innocent people to avenge the deaths of other innocents and consequently prevents him from feeling remorse.

Only three criminals have been executed under federal law in the past half-century: Oklahoma City bomber Timothy McVeigh in 2001, drug trafficker and murder Juan Raul Garza in 2001 and kidnapper, rapist and murderer Louis Jones Jr. in 2003. Sixty-one convicts are on federal death row, according to the Death Penalty Information Center.